Can I tell which photo has more contrast from their histograms?

for my BA degree I need to find out which one from the following two photos has more contrast:

My question is - can I tell which photo has more contrast from the histogram? Is it the first photo because there is a bigger difference between the very dark and the light parts?

My question is - can I tell which photo has more contrast from the histogram?

Is it the first photo because there is a bigger difference between the very dark and the light parts?

The height doesn't necessarily indicate more contrast as it greatly depends on the image. Any individual peak could just mean there's a large dark or large light region (often called High Key and Low Key), but as long as the histogram extends the full range of tonal values the image still has good contrast. And in certain cases even if it doesn't extend the full range it might still have good contrast - a portrait taken on a white or black background will really throw off your histogram. But you can check it by selecting a portion of the image (the subject) with the Marquee tool (at least in Photoshop, other processing software may vary) to see the histogram of the relevant area ignoring the black or white background.

For example this photo by Neill Kumar on Unsplash: 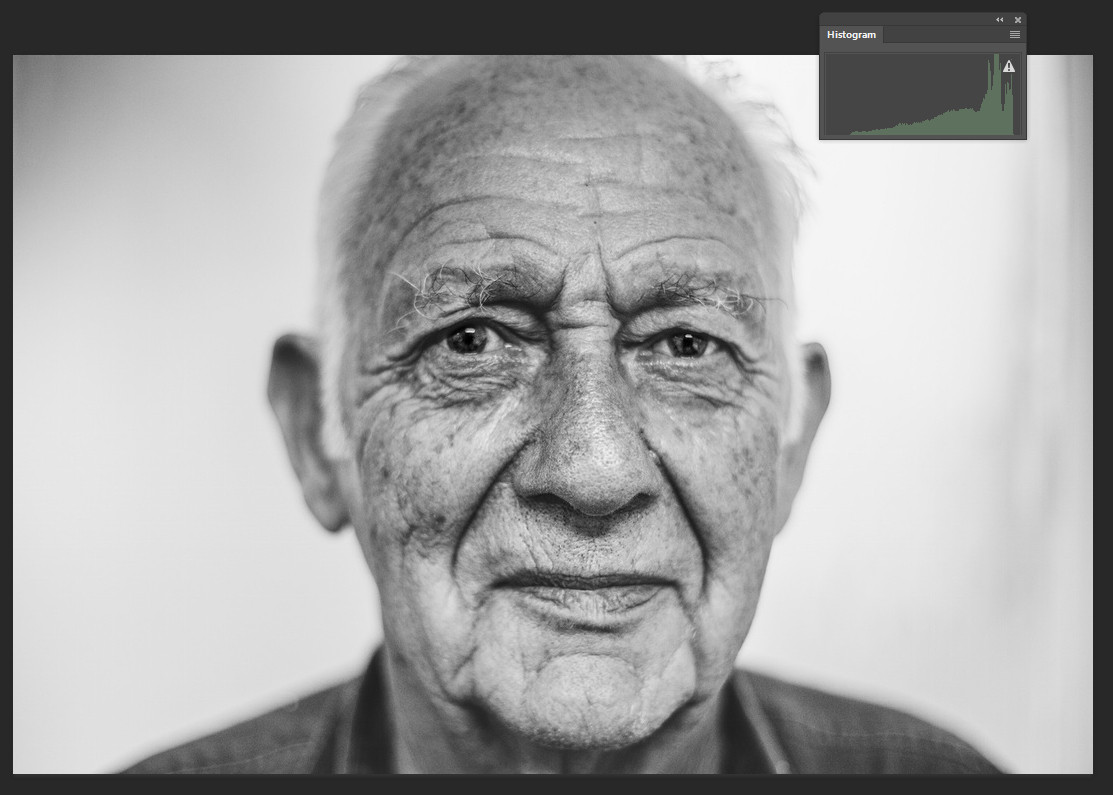 But if we look at the more relevant part using our Marquee we can see a better histogram emerge: 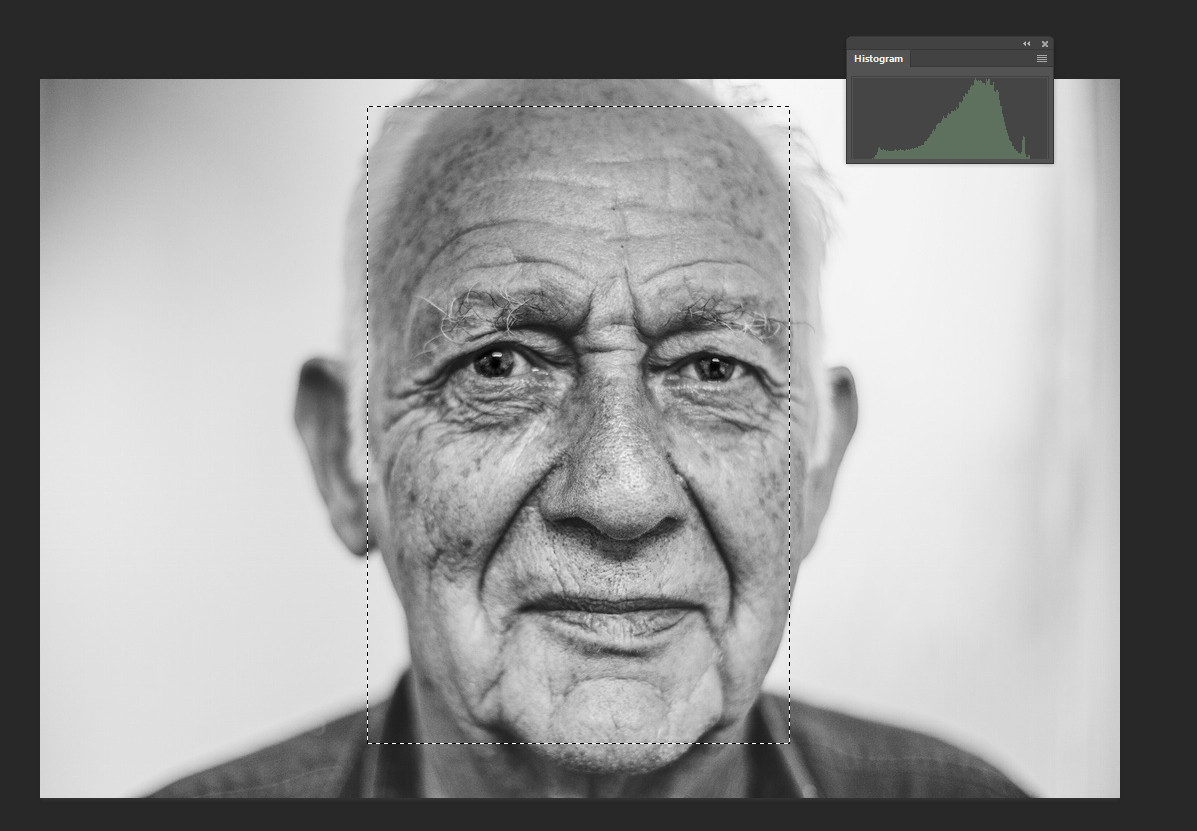 There are many good guides online you can read, here is one: Histogram: photography cheat sheets for achieving perfect exposure

Yes I would agree the left image has more contrast, for two reasons.

The main one is that because the right image is underexposed, there is lost detail in the blacks and the highlights don't extend to the edge of the histogram, so no pure whites, while the first image covers the full extent between 0-255.

Also there is a larger peak in both the shadows and highlights relative to the mid-tones.

The width of the histogram shows the dynamic range (contrast) of the image. There are 255 columns. One column each for 255 different values from black to white. Wider is more contrast. If you have a column in the black and a column in the white, you have the maximum contrast image that the histogram is capable of showing.

The height of the histogram indicates the frequency/amount of each of the luminance values as a relative percentage. Higher is more. A column of pixels at the 255 column would be a pure white "image."

Two columns of pixels at 0 and 255 would be an extreme high contrast black and white image.

A histogram is a statistical diagram of the pixels in your image neatly arranged into 255 luminances (columns) and vertical amounts (rows) up to 100%.

I hope this helps. Your teacher's answer is provided by others. This is the explanation of the layout.

To reliably measure contrast, it is necessary to have more than just a histogram.

Contrast is driven my the Human Visual System, which has low and high cutoffs for contrast. Some say it is acuity based, but not really. One can have normal acuity and have substantially sub-normal contrast sensitivity.

Peak HVS contrast response is at 4 cycles per degree. The upper limit is about 60 cycles per degree. Perception of contrast also changes with color, and illuminance. As an example, contrast in the blue range is not as sensitive as in the yellow-green range. Also, as has been shown in lab tests with pilots, available oxygen also impacts contrast (it changes the metabolic mechanisms in the HVS affecting sensitivity).

Since the metric is closer to perceived cycles per subtended angle, viewing distance and image size will also affect contrast, with illuminance and spectral content having effects as well.

Tangential discussion: I haven't thought about it much, but it seems that one could make a contrast detector using the mechanics of image viewing, the spectral content of the image as distributed spatially. It would seem that a FFT might be a useful tool in evaluating the contrast sensitivity, but I am just talking here. Certainly FFTs are useful in determining sharpness, but that is not contrast. And that does not factor in the spectral / spatial responsivity of the HVS.

So the correct answer to the question is: A histogram alone will not universally answer the contrast grading question. Rather spatial effects (cycles per angle) as well as other factors of the HVS (illuminance, color, the condition of the lens, and other biological factors).

Not the answer you're looking for? Browse other questions tagged contrast histogram or ask your own question.

13
How to edit the exposure/contrast of two different areas of a photo with a smooth transition between the two parts?
17
How can I use a histogram to expose correctly when the scene is very dark?
1
How do histograms handle highlight and shadow clipping?
1
Why are details lost when dynamic range is high?
2
How do I read these two Lightroom histograms?
3
How to increase contrast when shooting drab scenes
3
Is this posterization? How to avoid it when stretching histogram?
3
I took this photo of a sunset a few years ago. Would this image be considered a low or high contrast image?
1
How can I compare histograms between a digital image and it’s print