How to recreate the 1980's film/colour effect? [closed] 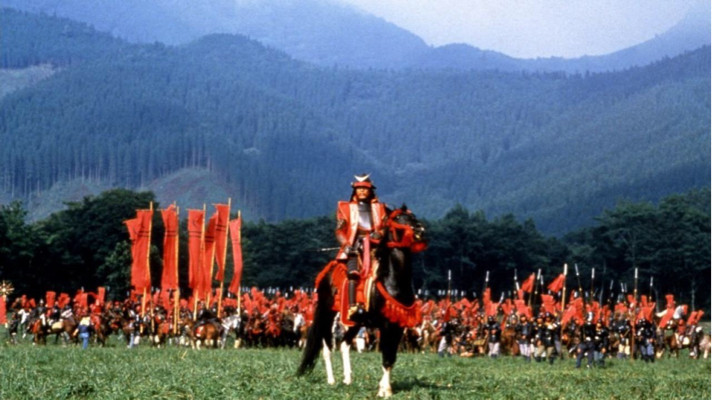 How do I recreate this exact colour effect using Lightroom or camera raw?

After searching i found VSCOFilm which gives your photos different colour effects but neither were close to mimic the colours in the movie's still.

Some people seem to assume that using a film emulation filter will make every photo they take have the same characteristics as an image they like that was taken using the particular film being emulated. This is not the case any more than using the same film under vastly different lighting conditions to take two different photos would produce the same characteristics for both photos.

Colors, shadows, highlights, etc. are certainly affected by the response curves of the film used to capture a scene. But they are even more affected by the light present in the scene.

Specifically, if your image is of a scene that has different colors, shadows, highlights, etc. than the scene depicted in your example then you would need to use different response curves to get the same result. If you use the same filter/response curves on a scene lit differently than the image above your result will look like what that other scene would have looked like if shot/processed using the film/techniques used for the image above. It won't look like the scene above. That's what color grading is all about: getting scenes shot under different light to look the same. It's kind of the opposite of using different filters to make the same scene look different.

I would break the composition of the image down

The color scheme is a good example of (the currently trending) blue-orange hues from the days before digital manipulation (more on blue-orange here).

The time specific appearance I believe comes from two effects both related to the use of film:

In addition, the framing limits the amount of sky so that UV haze does not create a strongly washed-out effect to distract a viewers gaze.

Because most digital cameras have a UV Filter built into their internals, recreating the image with a typical digital setup will be hard without post processing to create the UV haze effect via digital manipulation.

Getting the greens is as easy as pointing the camera at green foliage and getting the oranges just a matter of selecting an appropriately orange subject.

The composition masterfully uses diagonals and broken lines to achieve an artistic vision and few people have the time and will to work out all those details.

Not the answer you're looking for? Browse other questions tagged film effect or ask your own question.

9
What kind of photo effect is this, where colors are a bit washed out, yet retains the crisp detail and the colors are almost pastel?
11
How can I recreate this glowing light effect?
6
How was this high-gloss achieved when taking photos of skyscrapers?
10
Is there an effect of temperature on film exposure?
1
Is it possible to substitute or alter color dyes during color film development?
4
How to invert color negative “scan” via DSLR without clipping the red channel?
2
Why does editing software not care about colorspace?
4
How to use colour charts and patches for color restoration of old photographic films?
16
What colour scheme for model aircraft should I use to give a realistic black and white film photo?
4
Orange and other artifacts in photos from film camera