How long do developed negatives last?

While spring cleaning, I encountered some 35mm color negatives which were developed roughly 10 to 15 years ago. Could they have lasted that long stored in a cardboard box for all those years?

They were not moved during that time and the house has heating in the winter, so rarely goes below 18C but has no air conditioning, so temperature can reach 44C on rare occasions but several weeks per year have ambient temperatures above 30C. We live on an island so humidity varies between 30 and 98%.

Ideally, if they are still good, I would like to send them to scan by a professional laboratory but I would rather not hire the service should they not be still good. I do not have a film scanner but a regular one, so if there is a reliable that could be done at little cost check the state of the negatives, that would be really useful.

Processed film does deteriorate, but not at such a rate that surviving 10-15 years would be remarkable! It also depends on the type of film; black & white film lasts longer than colour film for example. (Indeed, when film studios want to store an old colour movie, they separate the colour film into its R, G and B channels, and record each channel separately on its own roll of black & white film. The three channels can easily be merged together again at a later date.)

If you want processed film to last for as long as practically possible (which I would assume people do), then the basic precautions are to protect the film from light, heat and humidity - which can be an easy or a difficult thing to achieve depending on local conditions. I would also advise using archival film storage pages rather than the commonly used shoebox. Clear File and Print File are brands I would recommend.

For some reading on this, take a look at the Kodak publication 'Storage and Care of KODAK Photographic Materials':
http://www.kodak.com/global/en/consumer/products/techInfo/e30/e30.pdf

And for an even more detailed reference, you can download for free the "bible" of photographic archiving/storage, 'The Permanence and Care of Color Photographs: Traditional and Digital Color Prints, Color Negatives, Slides, and Motion Pictures':
http://www.wilhelm-research.com/book_toc.html

PS. Take a look at pages 661-662 in that book (which are pages 674-675 of the PDF) for some figures on estimated number of years for "just noticeable" fading to occur in various Kodak colour materials stored in the dark at different temperatures.

It certainly depends on quality of processing, film brand, gasses in the storage area and other factors, but in general, 10-15 years should not be a big deal. There may be some color shifts but it should be possible to fix them during or after scanning.

Humidity may be a problem. Check the films for spots, stains etc.

Archive requirements for film generally err on the cautious side. A couple of years ago I had all my colour negatives scanned. These spanned the period 1971-2003, and had been stored in a variety of places and conditions, many of them far from ideal. While I had a small percentage of failures, these tended to be physical damage to the frames, rather than actual deterioration of the negative. 10-15 years should be fine, though the humidity you experience may cause some problems.

I would like to send them to scan by a professional laboratory but I would rather not hire the service should they not be still good.

The results will be a function of both the quality of the negatives and the quality of the service. A sensible approach would be to start with a small test batch and see how they do. Even if they negatives have deteriorated somewhat, a good lab may be able to compensate based on what their knowledge of the film's properties, etc. A small test batch will give you a better idea of what you'll get without need for a big up front investment.

I have slides and negatives in trays and sleeves 50 + years old..still fine.Room temps and in the dark.

I just looked through some 120 film negatives from mid - late 70's. They were stored in negative sleeves that were somewhat like parchment paper, those in a 3 ring binder, stored here in New Mexico at room temperature in the house, but very dry. These negatives exhibited obvious fading and color shift. I scanned these with an Epson V700? scanner, one of thier best, but not a dedicated film/transparency scanner. It was fairly easy to color correct and contrast enhance in software. Might be best to scan in using 48 bit mode to obtain the best results after correction.

I recently unearthed a heap of negatives dating back to the late 1940's - they were just stored in the original negative sleeves that my father used, at the time. They have travelled all over the world in various temperatures and been dumped in various cupboards and drawers - they have survived remarkably well. So your negatives are well within most negative age tolerance.

As they are were all old, the sizes were varied. I bought a flatbed scanner with a transparency option. The holders that came with the scanner do not fit the negatives (some too large and some way too small, none the right size) - but I got round that by using the scanner's manual negative settings and not using preview option. I have scanned about a hundred in so far and have had good results off most of them. Depending on how many you have to deal with and how much a specialist lab costs, I would recommend looking for a friend with a similar scanner and seeing what they look like on that. At the least it would mean you are only going to send the few images you really want to a lab. NB - The colours on some of the photos from the sixties had faded / shifted on some of the less well stored - but the detail was good and auto-correct in Photoshop was fine for most of them - I did have to use more specialist software plugins (I mostly use On-1) for a couple. 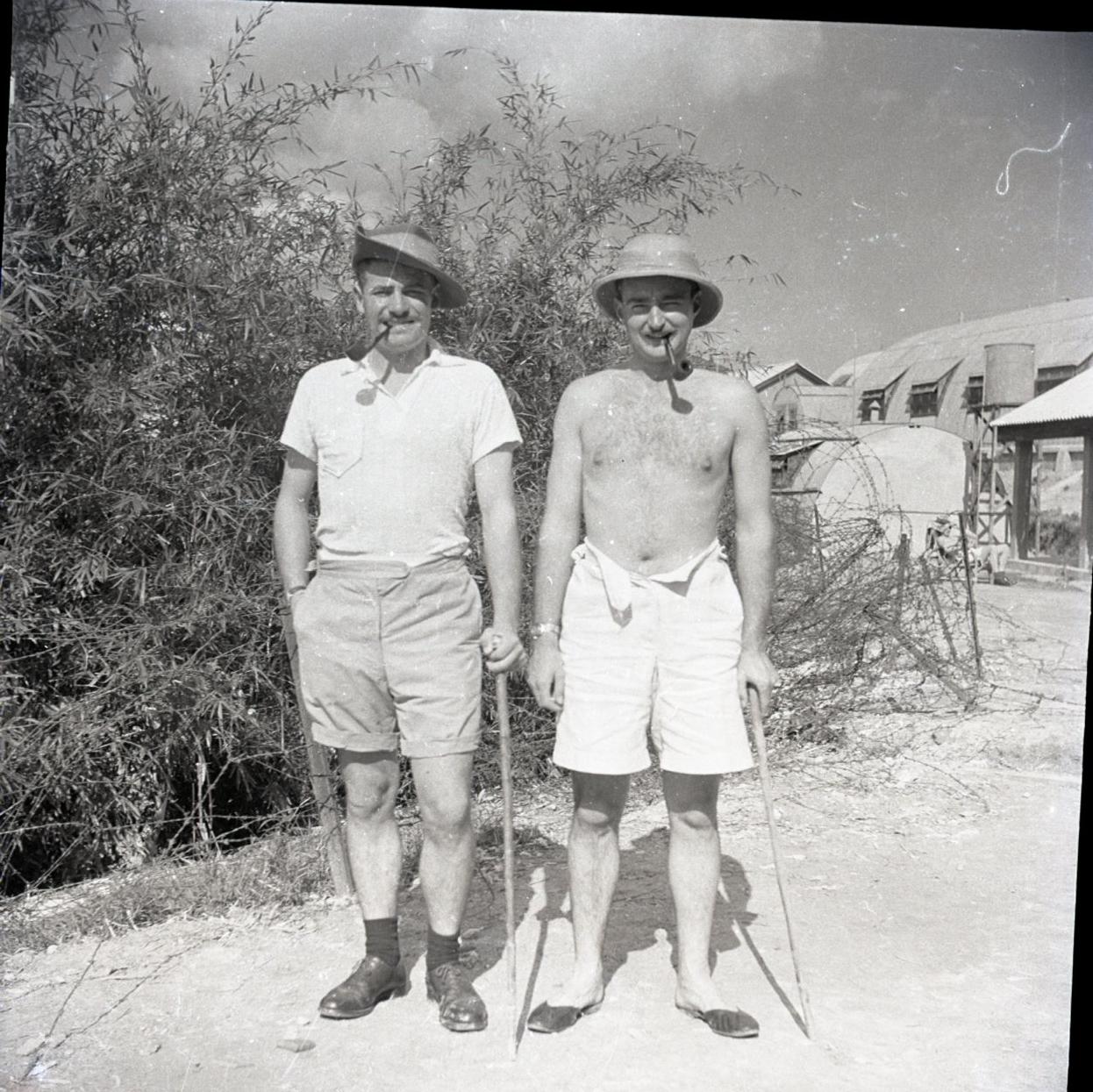 Not the answer you're looking for? Browse other questions tagged film storage negative archive archival or ask your own question.

12
How long does undeveloped film last?
8
How to proceed after having developed the negatives?
4
How to determine date photo shot or developed from pre-digital age pictures?
4
How were negatives backed up prior to the availability of inexpensive scanners?
5
What can be done about sloppy cut negatives?
2
How long does stock liquid developer last?
11
How can I unroll very old, very tightly curled negatives?
3
How to keep sheet negatives clean in storage?
4
How long do XTOL and D-76 last unmixed?