I am scanning several rolls of B/W film and have noticed that a small number of shots have some sort of strange sharpening/edge detection behaviour which looks awful. The example below is from Ilford HP5 pushed 2 stops to iso 1600, scanned with an Epson V550 scanner, shown at 100%.

Note that this occurs on 1-2 shots per roll - most of the shots look great. I have tried adjusting/disabling the sharpness setting but the effect remains. What is causing this? Sharpening of a relatively large amount of grain at a relatively high resolution? 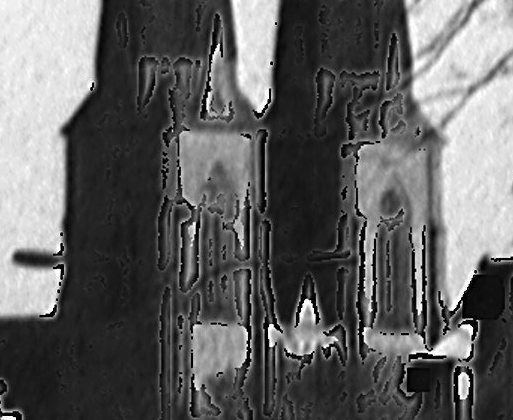 It seems that the problem is caused by having Digital ICE turned on for B&W photos. See example here.

It's worth noting that the preview must be made again if the Digital ICE checkbox is changed.

Not the answer you're looking for? Browse other questions tagged film black-and-white scanning sharpening or ask your own question.

3
Sharpening for smart phone viewing
5
Can I get sharper 35mm negative scan with a CanoScan 8800f flat-bed scanner?
2
Large red stripes in negative scan
2
What is subpixel sharpening?
4
How to invert color negative "scan" via DSLR without clipping the red channel?
5
Green Fog in Color Negative Scan
5
Removing the curl from 35mm negative
1
How to include emulsion style thin border during film negative scan?
4
How do I create the effect that is shown in Adobe Lightroom Sharpening - Masking - preview?
1
Correct exposure negative scan