Aperture iris in front of lenses (in object space)

This question discusses the iris placed in camera body and this question does not reveal too much details about external iris.

I recall from scattered information that I have read that iris placed in front of front lens has some application. For example, hobbyists owning objectives without internal aperture make external aperture stop.

I also recall a compact film camera having an external iris.

In answer to your question about specific cameras, the only models I can recall seeing with an external aperture in front of the lens are a few of the oldest Kodak Autographics and Kodak Vest Pocket Cameras from approximately 1913-15 that featured a 'meniscus achromat' lens.. Here's an example of some..

When I first saw these, I assumed the front element had simply fallen out, as they were simple lenses and not apparently constructed as well as the more famous lenses. It didn't make sense that the aperture was exposed to the elements, but upon inspection you'll see they're designed this way, with sturdy fixed circular apertures, much like Waterhouse stops.

I am looking for such lenses as well. In general putting the aperture at the front or outside is avoided because not good; best is to put the aperture more or less in the center of the objective. With the aperture in front you'll have more aberrations and/or need bigger and more expensive design. Only in two cases the front aperture design is used:

Small & simple: The Wollaston meniscus is the oldest/simplest photographic lens, just one lens. It is the best single-lens performer for wide angle. Aperture is in the front; the Kodak vest is a version of it. Mobile phone lenses; to make them so compact, the aperture is usually placed at the brim of the front lens. Not really outside, but on the brim.

Forced: Pinholes and many probe objectives, that need to peep from an hole; the hole is the natural aperture and the lens must be built to use all the light that goes through such hole; putting another aperture will cause vignetting. Nice example the SO spy lenses by Zeiss Jena: Marco Cavina or see the catalog of Marshall Electronics.

If you are curious about aberrations etc, the best short introduction I've found are those slides from Jena: Gross Jena 2017; lecture 11/3, stop position.

Edit: I discovered that the one of first photographic lens ever, the Wollaston meniscus, has front aperture! The Kodak pocket vest is an achromatic version of this lens. The aperture optimal position is really there, few mm in front of the lens.

See textbook “Optics The Technique of Definition” by Arthur Cox 1945. Excerpts from: The fact that different parts of the lens of the glass is used when the stop is in front of the lens, from that that is used when the stop is ---- the aberrations are different ------ this is the utmost importance in establishing a lens constriction that will give good definition and holds whether the is simple or complicated as to construction.

Here is an article which says it straightly. 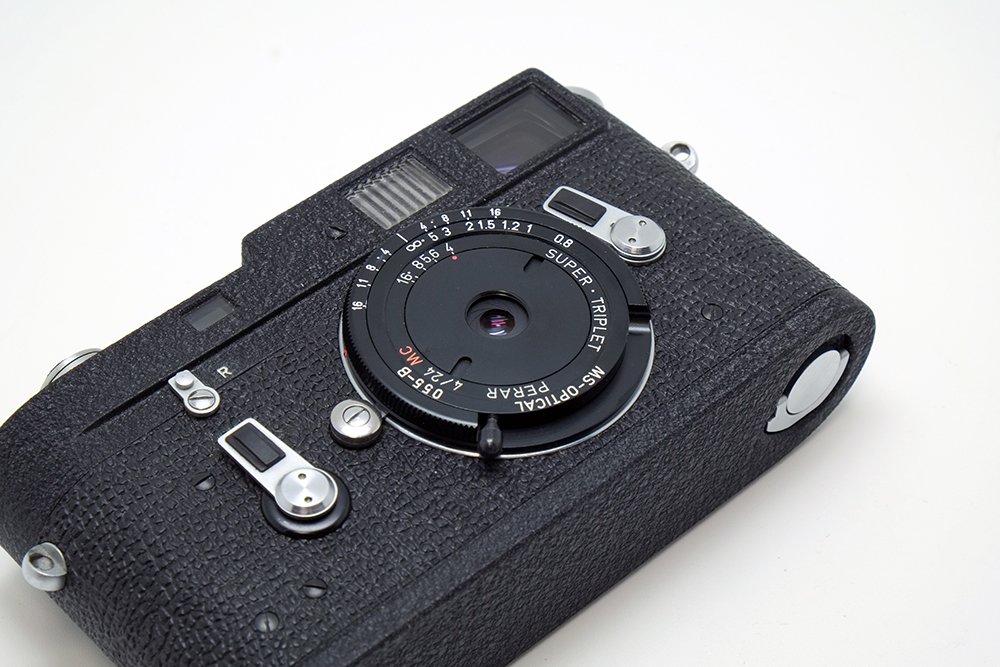 The older (50's-60's) large format Schneider Symmars that are "convertible" fit this description when used with the front group removed.

Suspect there are other convertibles (Cooke?) that this is also true for.

It has a focal distance back through the lens of just over 8 inches, and it is a beast weighing 2 pounds.

44
How does aperture work without “cropping” the image hitting the sensor?
46
How do constant aperture zoom lenses work?
20
Why do zoom lenses and compact cameras have varied maximum aperture across the zoom range?
2
How to find numerical aperture of lens
2
Why refer to “aperture” as “iris”?
3
How can I experimentally determine the size of my lens’s aperture?
7
How to focus on long distance with object in front and blur the object?
2
Where is the aperture?
1
Are front lens focusing and unit focusing equivalent in triplet/tessar style lenses?