Why is there a secondary image of a light bulb in my image?

I have a few pictures of this anomaly, the fluorescent bulb has seemed to move into another location of the picture when took perfectly still photos. I used a Fuji Finepix-S.

What could of caused this anomaly? 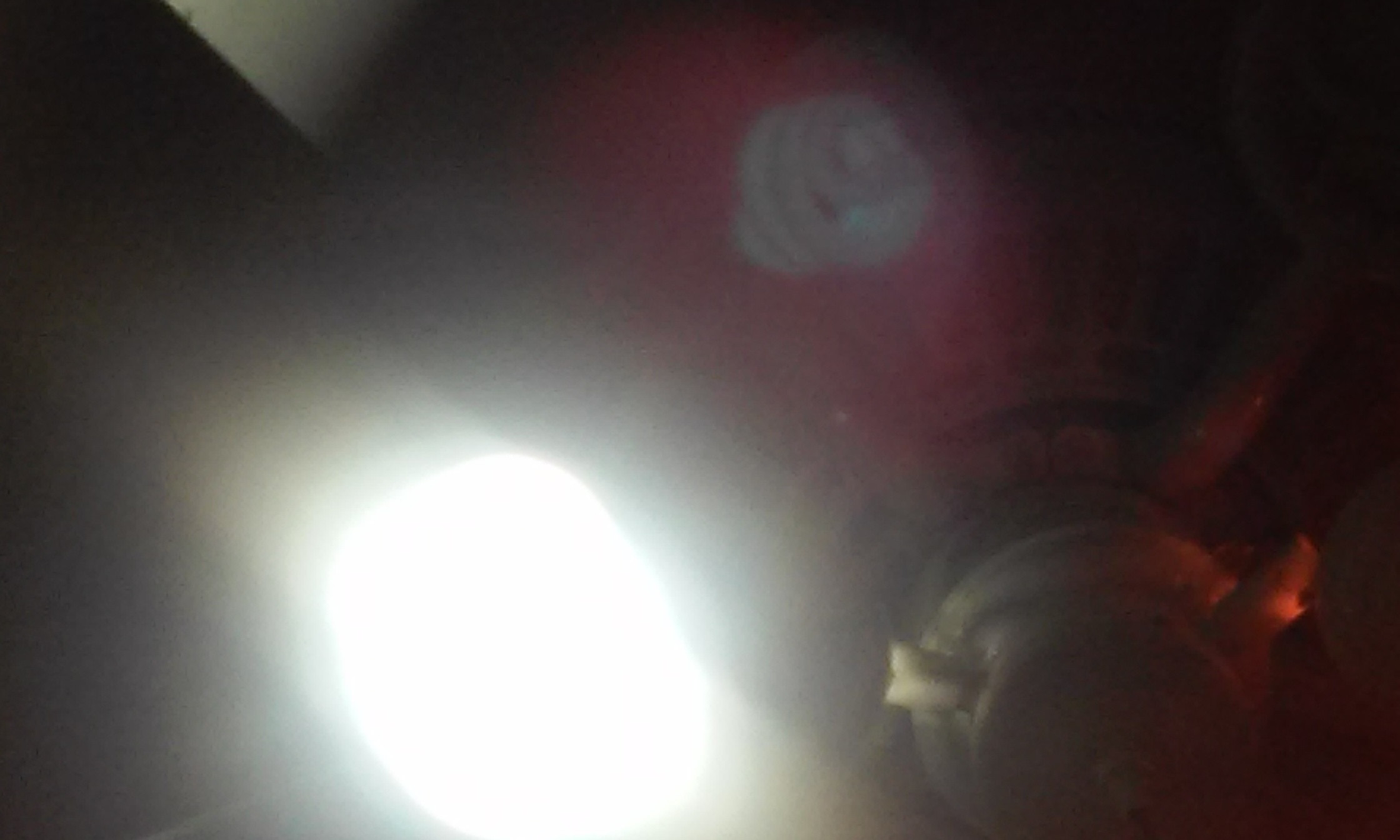 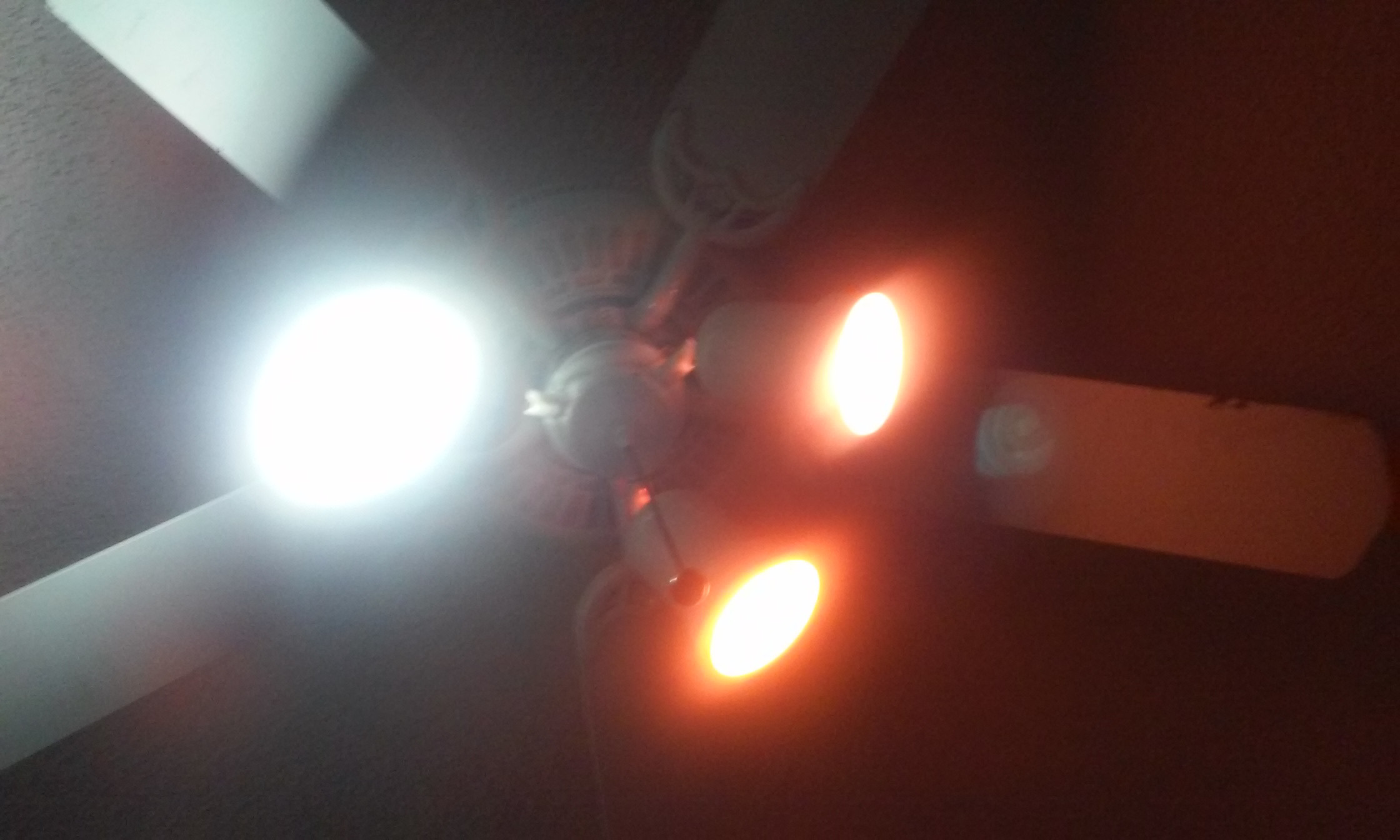 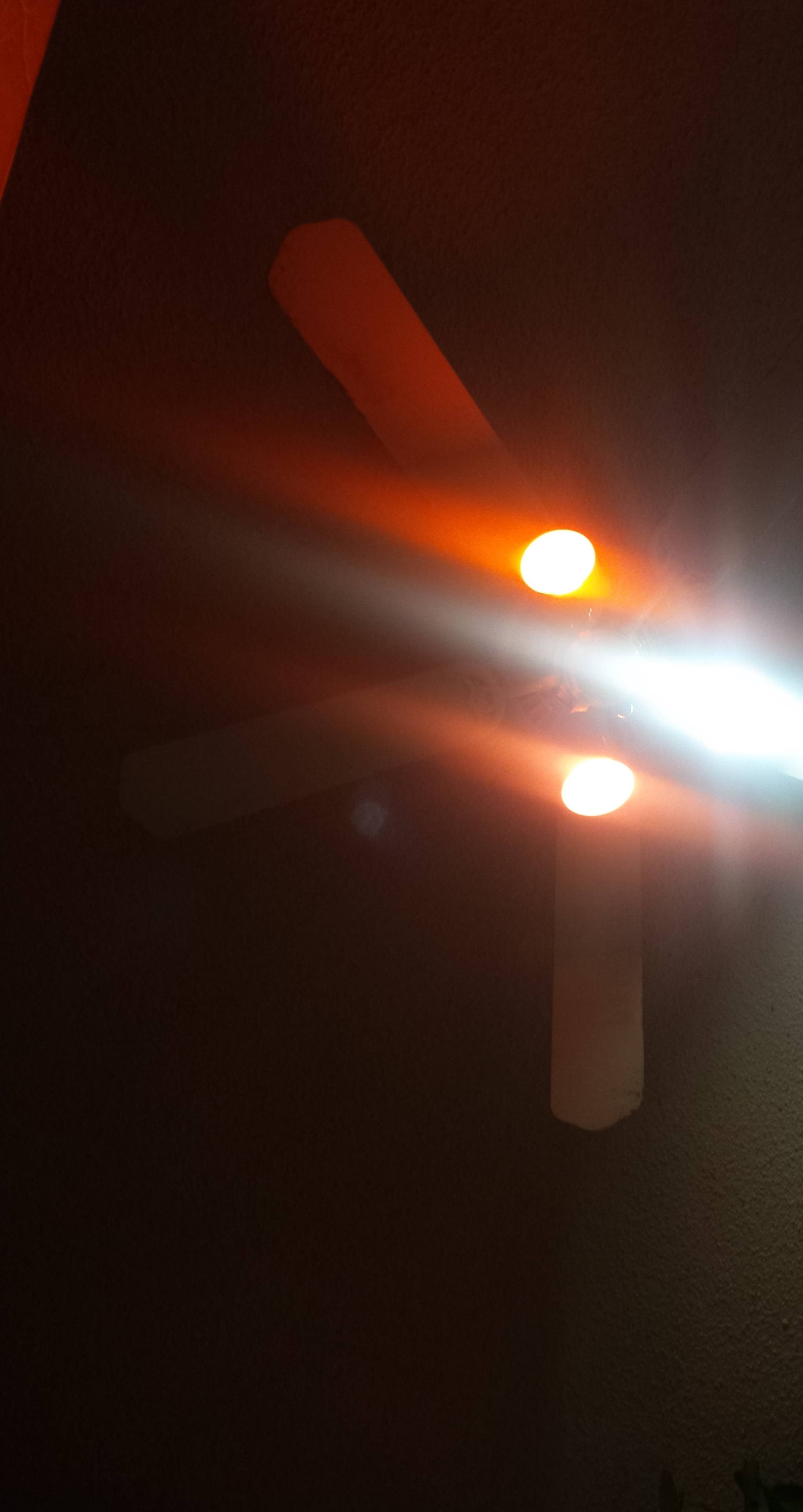 The job of the camera lens is to project a miniature image of the outside world onto the surface of the image sensor / film. To accomplish, light rays from the scene transverse the lens. These rays are caused to change their direction of travel. The revised path traces out the shape of an ice cream cone. In other words, the camera lens causes light rays to coverage. This action is called refraction (Latin to bend inward). This new light path is a function of the both the shape of the lens (Latin derived from the lentil seed which lenses resemble), and the density of the transparent lens material.

Despite best efforts, the image projected by every lens is flawed. These errors are called aberrations (Latin to deviate). The lens maker strives to mitigate these aberrations, there are 7. You should look them up. 1. Spherical, 2. Coma, 3. Astigmatism, 4. Curvature of field, 5. Distortion, (plus two that induce chromatic “color” errors) 6. Chromatic aberation , 7. Transverse chromatic aberration.

The lens maker mitigates but cannot eliminate by using a combination of different shapes and density of lens materials. Now each glass (or plastic) lens element has two polished surfaces. These surfaces act like a mirrors in that they reflect away light. Each surface reflect away about 4% of the light. In modern lenses the surfaces are treated with a mineral depots called a coating. The purpose of the coating is to lessen reflections and the coat will reduce reflections to about 2%.

Nevertheless, image forming rays are reflected and some of these rays make their way to the image sensor (or film). These wayward rays reach the image sensor / film and induce flare which robs contrast plus errant reflections create ghost image. Ghost images are most prevalent when the light source is imaged along with the principle subject.

It is a lens flare, a secondary and dimmer image of the bright light bulb caused by a part of the light not making it straight to the sensor but reflecting around inside the lens first.

Looks like a reflection in the lens. Bright lights often cause spots in other parts of the photo when the light bounces around inside the lens, and in this case the spot is much dimmer so actually looks like an unlit bulb.

Not the answer you're looking for? Browse other questions tagged lens-flare ghosting or ask your own question.

0
Where is this reflection coming from?
19
Can you photograph the milky way with a full moon out?
15
is it normal to get significant lens flare with a 50mm f/1.8 prime lens?
7
What could cause this visible artifact which seems to a be a glowing inverse of something outside of the frame overlayed on this photograph?
4
Where does the strange purple/blue glow around the headlight wearing subject's front come from?
2
Is it chromatic aberration?

9
How do I eliminate lens flare in my pictures?
2
How can I avoid lens flare when shooting into the sun with a compact camera?
5
What is the blue circle in this moon image?
3
What causes this weird angled glowing blur around lights on my low light shots?
7
What could cause this visible artifact which seems to a be a glowing inverse of something outside of the frame overlayed on this photograph?
22
Why is there ghosting when using flash on tripod with image stabilization?
1
Which wide angle lens and camera combinations are considered to be particularly resistant to artifacts from street light sources?