How is this changing vertical perspective effect achieved?

I came across few pictures of this kind, but find it difficult to search for the way people make them. What kind of settings you should use in your camera, and do you use photoshop after that? 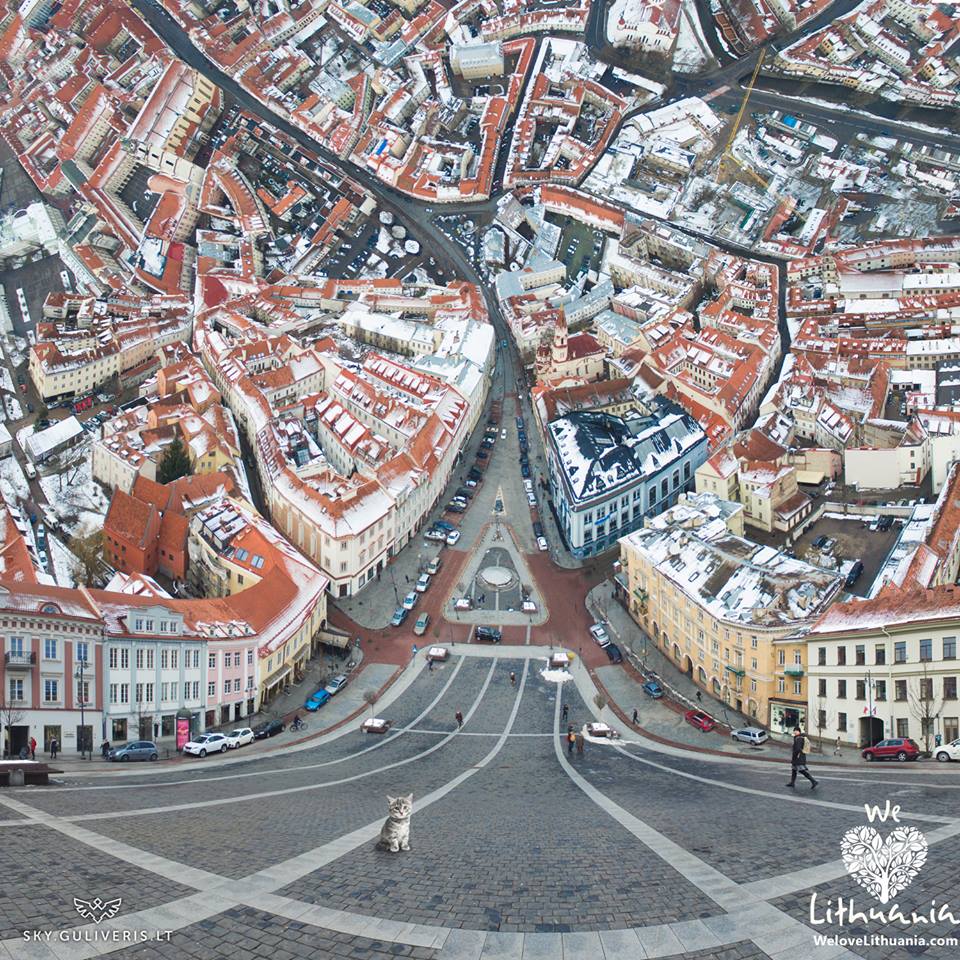 This picture is a composition of slices of many photos taken from different heights, likely from a drone. The key to understanding it is to examine the camera's perspective or point of view from different horizontal slices of the composited image.

Effectively, if you "number" the pixel rows from 1 to N starting from the bottom, the pixel row is correlated with the altitude of the camera (not necessarily a linear relation, though).

As far as camera settings, the camera is just taking a sequence of images every so often (perhaps once to several times per second), while the drone flies vertically). This is probably programmed into an intervalometer attached to / controlling the camera. The intervalometer might be a feature of the camera though.

To produce this effect, the images must be combined in post-processing using Photoshop, or another such image editor.

Either way, this is a very interesting effect, a bit reminiscent of the street-folding scene in Inception.

Edit: The author of the OP's image, sky.guliveris.lt (a graphics / animation / video / aerial filming services company in Lithuania), has a clip of drone video on Shutterstock.com showing the same town square of the old town section of Vilnius, Lithuania. Based on the footage, I believe the drone also had to fly down the street to incorporate the top portions of the image; they are too far away in the drone footage to have any detail in the composited image if the drone only took off vertically.

Update: In 2017, PetaPixel posted a couple articles regarding these types of images, including a breakdown of how to create them:

According to this article, each image is made of between 18 and 20 photos taken from a drone.

It does not say what happens to the sets of images but it would most likely be a software process that works similarly to panorama stitching.

Not the answer you're looking for? Browse other questions tagged photoshop photo-editing landscape panorama aerial-photography or ask your own question.

7
How can I reproduce this effect I created?
40
How to get a miniature effect on pictures without special equipment?
7
What are the disadvantages of focus stacking?
4
How can I achieve this “golden” effect?
7
Editing photos for this “milky” and “twinkly,” vivid but nostalgic effect?
0
How can I create this effect (dreamlike softness)
0
How was the twilight blue color effect in this photo produced?
0
How to make non-standard photo standard size
2
How to calculate the correct position for this inception style photo
0
Lightroom to Photoshop to Pixiset