LightRoom: Any way to get the 'Distortion' effect (far) over 100? Why is it limited?

When I process pictures in LightRoom (newest, CC 2015.4), I often would like to move the sliders over the maximum (or under the minimum) offered.

This question is specifically about the 'Distortion', which is under 'Lens Correction'/'Manual'. When I compose several shots with 'Photo/Photo Merge/Panorama', the result could use a lot more 'Distortion' correction to get into a good representation, but the slider goes only to +100.

I tried to export into JPG, and then import the resulting JPG as a new shot, and that gives me another +100 to go; but the question is - is there a better way to do that?

I have attached an example that has already +100 'Distortion' and could use another +250 to look good. 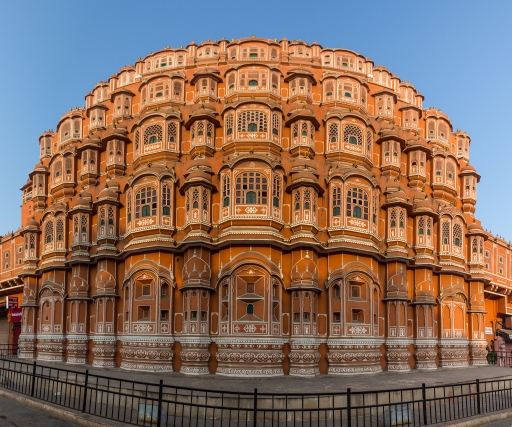 with now +200 Distortion (saved and re-imported) 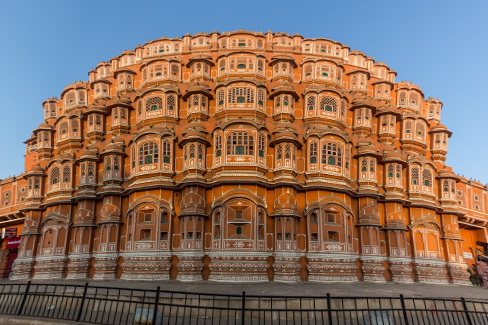 You can see that at maybe 350 'Distortion' correction it would look straight.

lightroom panorama distortion
Share
Improve this question
edited May 29 '16 at 21:50

The way around the limit is to export the image and apply correction to it again. You can do this any number of times to reach 200 or 1000 or more cummalatively. If you use a lossless format such TIFF or DNG (Not sure how Lightroom stores PSDs, most likely that too is lossless) then there should not be any artifacts due to multiple cycles of processing.

Note that it will not correct your image because you are not removing the right type of distortion. What you have is not barrel or pincushion distortion. What you need to do instead is go back and merge the panorma using a perspective projection which for mathematical reasons has a limit on the potential angle-of-view below 180 degrees. Even free tools like MS ICE can do it but also advanced panorama software like Autopano Giga.

You're using the wrong tool to get what you want. The distortion settings in Lightroom are assuming you're using a physical lens, not a virtual one, like you do when shooting a panorama. You've basically blown past the limits of that that setting is meant to do.

What you need is a more sophisticated panorama stitching program that allows for different projections and for perspective correction control points, neither of which the relatively primitive panorama stitcher in Lr/PS can handle.

The main issue you have is that your field of view angle is possibly larger than can necessarily be "mapped flat" without distortion. Only certain projections can deal with some of these much wider angles, and you may have to live with some bending of horizontal lines.

But a panorama stitcher like Hugin or PTGui can allow you to set vertical and horizontal control points in the member images to define what should remain vertical or horizontal in the final mapping. And you can use a number of different mappings, such as Panini, which can help look less distorted, if a straight-up rectilinear remapping won't work.

Elaborating on your initial approach to export into JPG and continuing with the copy, please note that this will lead to a loss in image quality due to the 8-bit nature of the JPG format – especially if you do this several times in a row.

If you choose to go down this road (and I can't think of any other options for doing this strictly in LR only, since the sliders pretty much stop at 100), I'd suggest to export to a 16-bit format to preserve more of the image quality. Which means exporting to either TIFF or PSD format.

Not the answer you're looking for? Browse other questions tagged lightroom panorama distortion or ask your own question.

7
Correct way to shoot a panorama of large buildings?

5
Is there a way to get lightroom to show me the camera's original thumbnail?
4
Why doesn't the GoPro automatically correct for the fisheye distortion?
1
How can I convert a timestamp in Lightroom's .lrprev files to an actual date?
1
Does Lightroom or a RAW format store the original rotation of an photo?
4
Why don't smartphone cameras correct pincushion distortion automatically?
2
Accurate Product Images: Gray Point, White Point, Black Point
4
Extreme sliders in LR
1
How to Apply Luminance Adjustment Selectively in Lightroom or Photoshop
2
Why aren't multi-aspect sensors commonplace on high-end cameras?