This photo is taken at 105mm. The edges and the details are sharp and clean : 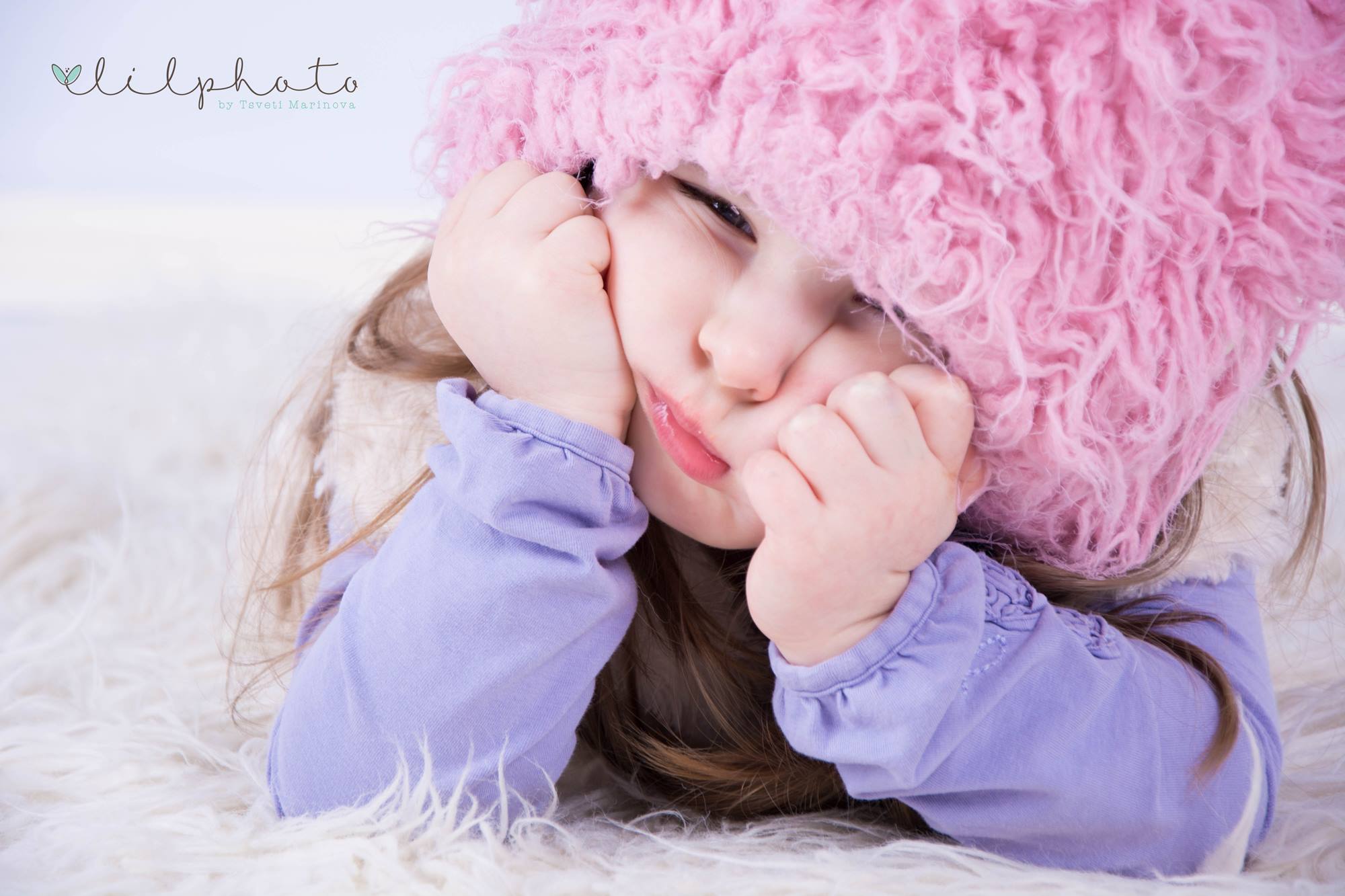 This is taken at 35 mm. The face is unclear and it seems like low-resolution image when zoomed in : 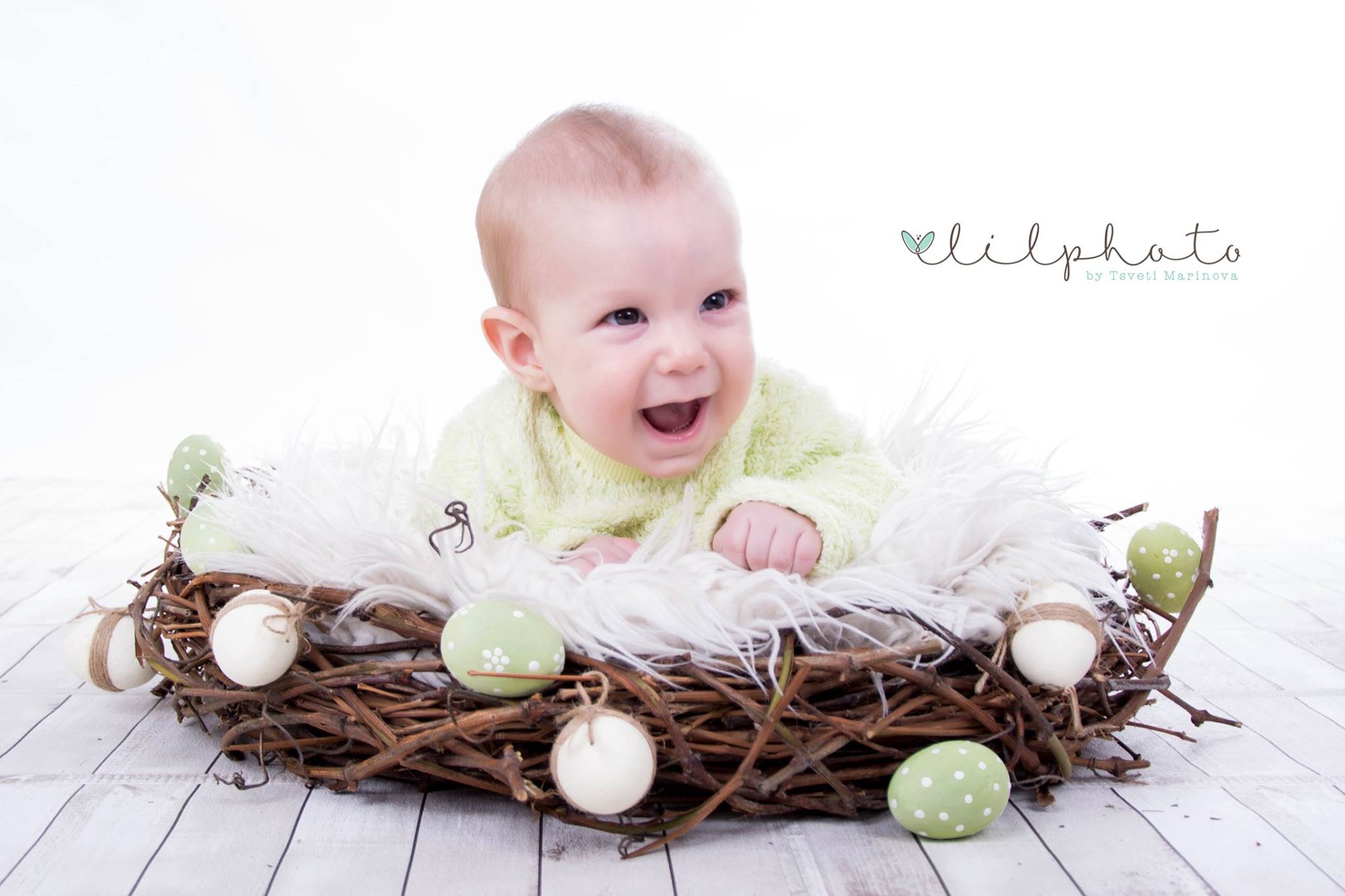 I am very careful when focusing...

The second photo has some areas where the focus seems fine. For example, the dots on the rightmost egg look pretty sharp, and a lot of the nest looks good.

The biggest problem is that the eyes aren't sharp, so I think you just missed the focus here. Perhaps the subject moved after you focused? Perhaps he/she moved during the shot? Babies are tricky that way.

Another possibility is that your lens is just a lot softer at the wide end than it is at the long end. In fact, the more I look at the second photo, the more it seems like the lens might be the problem. Do all your photos at this focal length and aperture have the same issue? It doesn't look like motion blur, and shooting at 1/160s at that focal length should be fast enough to prevent that anyway. The first thing to try is a smaller aperture. Try a similar shot at f/5.6 or f/8 -- lenses are usually sharper when they're stopped down a bit instead of wide open. If that solves the problem, then either live with not shooting wide open at the wide end of the lens or consider other lens options. Nikon's AF-S DX NIKKOR 35mm f/1.8G seems to be both well regarded and inexpensive at about $175.

I agree with the others that suggest that in the second one, you've just missed the focus. Stop down, and get more depth of field; then, focus isn't as critical. Since you're blowing out the background anyway, you don't need to worry about blurring it. You note that you're at around f/3.8; step down to f/5.6 or f/8 and make your life easier with wiggly subjects. You should have plenty of power with the lights you're using, but if not, with a modern camera (again, like the one you have) you should have no fear at all of raising the ISO to 400 if need be.

A lens has a finite depth of field. The larger the aperture, as in dim light, the thinner will be the range in sharp focus. Here are some general hints:

So, if you want sharp photos of highly-mobile children, set up your lighting [possibly using a focusing light and strobe(s)] and focus manually.

Not the answer you're looking for? Browse other questions tagged blur or ask your own question.

7
How can I get sharp images using optical zoom function on a point-and-shoot?
7
Would a large aperture lens help against low light subjects being blurry?
2
Is it normal to have to take multiple photos to end with up one good one?
4
Why do I get blurry pictures at far distances, but sharp results up close?
0
I changed my Nikon DSLR settings and now images are blurry — what to do?
2
Why is my picture blurry?
0
How to make pictures lots of kids so everyone's face isn't blurry?
0
Is this blur normal?
2
Why is there motion blur at the edge of photos?