Should changing the shutter speed affect the moon's color? 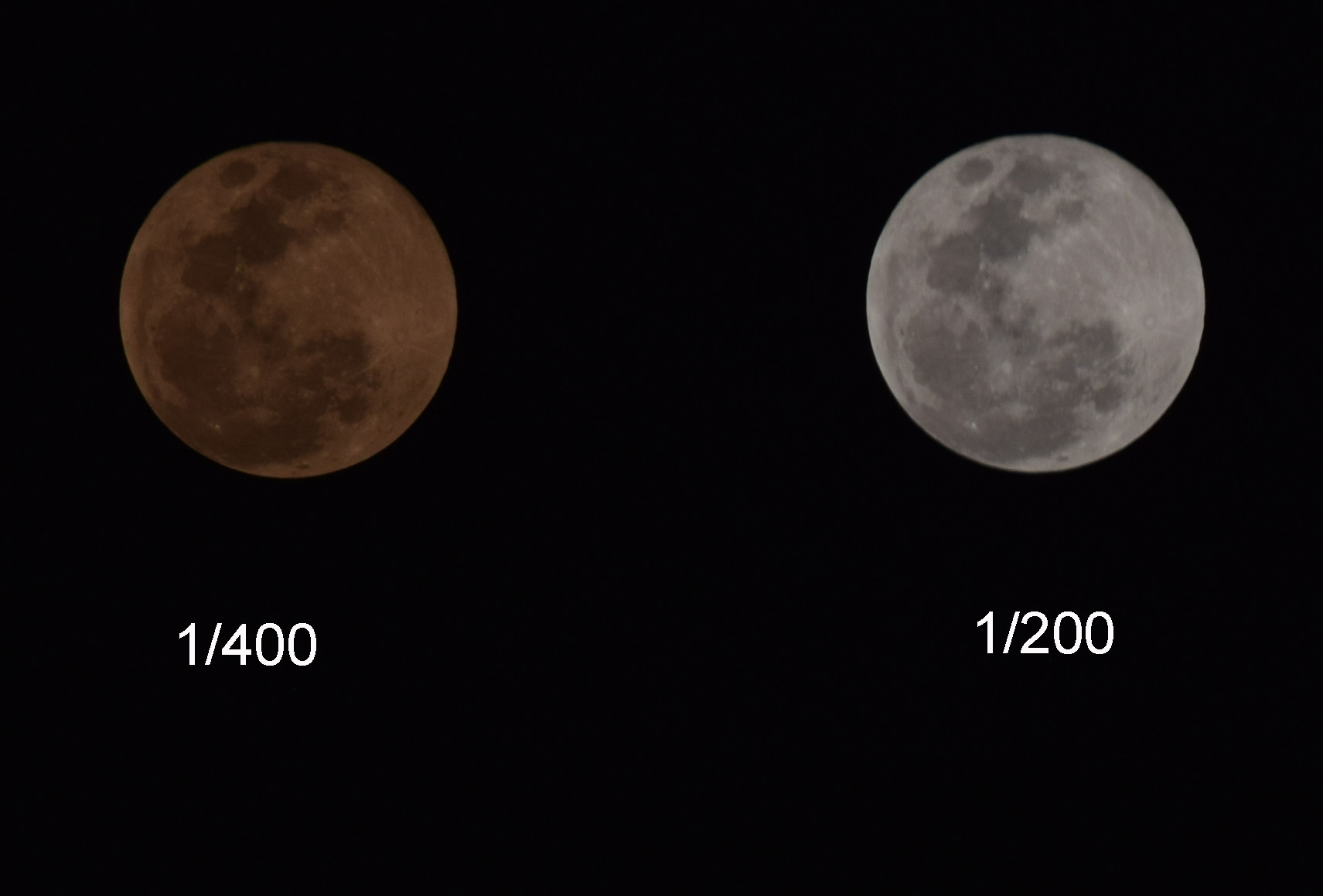 I can understand with a higher shutter speed less light will enter into camera sensor, hence the photo should be darker.

But why does the moon appear a little orange with the higher shutter speed?

but why i can see little bit of orange color with shutter speed 1/400 ?

My best guess is that you had the camera set to automatic white balance (AWB). In the 1/200s shot, the moon was bright enough to easily be the brightest thing in the frame, and the white balance algorithm decided that that object was most likely to be white. In the 1/400s shot the algorithm chose differently. Maybe because the moon was only half as bright, it took a more evaluative approach and factored in all the blue light coming from the rest of the sky, setting the white balance more toward blue and turning the moon orange as a result.

Although the sky looks black in the photo, I bet it appeared more like a deep blue when you took these shots, right?

There are a number of reasons for this.

Not the answer you're looking for? Browse other questions tagged color white-balance shutter-speed moon or ask your own question.

82
Do fluorescent lighting and shutter speed create a problem with color cast?
15
How to take fast-shutter-speed photos that aren't dark?
2
How to control both aperture and shutter speed for casual portraits
2
Strange color difference between Rebel XS & 70D
1
Why is my Nikon D300 slow to respond to shutter press regardless of shutter speed?
1
How much longer can my shutter speed be for a given focal length with OIS on a Fujifilm X-series camera?
3
Why did the shutter speed increase when I raised ISO and lowered exposure compensation in Aperture Priority mode?
4
Can´t control shutter speed/aperture values in P mode, half clicking the shutter
8
What are the practical differences between the exposure settings my camera picked for me in auto mode and my own choices?