How many autofocus points in iPhone 6 camera

I have seen that high-end SLR camera tout the number of autofocus points they have. How many AF points does the iPhone 6 camera have? I have not seen any discussion on it except for "focus pixels".

You are wanting to compare apples to oranges.

DSLRs us a separate autofocus sensor to do Phase Detection Auto Focus so that the mirror can remain down and the scene can remain visible in the viewfinder during focusing. PDAF uses light from opposite edges of the lens to measure the distance to the subject using the same principles as stereoscopic rangefinders. A PDAF sensor actually employs dozens if not hundreds of pixels per each focus "point".

Camera phones such as the iPhone 6 use the actual image sensor to do focusing, traditionally using Contrast Detection Auto Focus. CDAF measures contrast in the scene and moves the lens until the amount of contrast is maximized in the area. Traditional CDAF has generally been more accurate than PDAF, but at the expense of being much slower.

Recently, hybrid sensor based AF systems have been introduced that modify some of the image sensors pixels to be more sensitive to light from one side of the lens or the other to mimic the capability of a PDAF array. This reduces the overall efficiency of the pixels so used, but they are usually a very small percentage of the sensor's total pixels. These modified pixels are used to get the focus very close much more quickly than CDAF could in the past, then CDAF is used to fine tune the focus. How many "focus pixels" a camera's image sensor has can't be equated to the number of focus points a PDAF system has, because it takes many "focus pixels" on the CMOS sensor to do the same thing as the many pixels that contribute to each PDAF focus point.

According to Chipworks photos, iPhone 6 camera has about 50000 phase detection pixels. 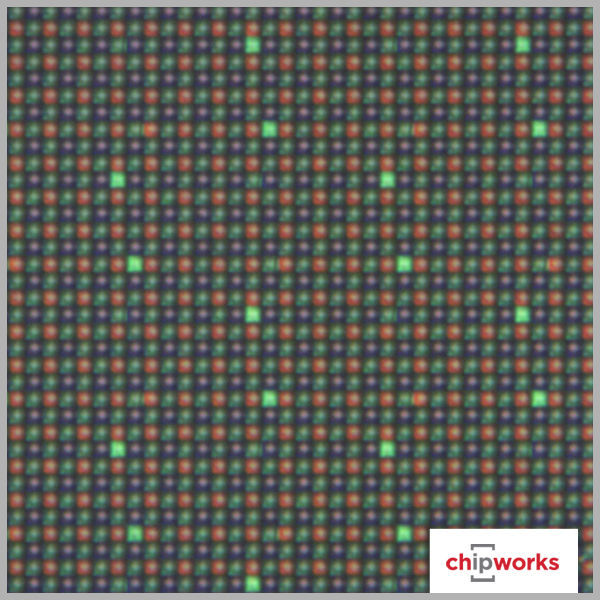 These are only individual pixels, and as explained by Michael, they do not compare directly to the DSLR autofocus points.

But the next generation of sensors changes the game again (mirrorless, mobile, but also DSLR in liveview mode, see Canon's or Samsung's Dual Pixel AF): the whole image surface becomes a phase detection sensor, pushing the question of autofocus points into an obsolete technology area.

Not the answer you're looking for? Browse other questions tagged autofocus apple or ask your own question.

19
RAW files store 3 colors per pixel, or only one?

17
Why does Canon and Nikon limit or disable autofocus beyond certain f-numbers?
6
What is the reason to use fewer points than the maximum available for the autofocus?
31
What is the advantage of the huge number of AF points?
1
Are extra auto focus points expensive for the manufacturer?
3
Do mirrorless cameras focus less or more accurately than SLRs under low light?
1
Autofocus points in Mirrorless Cameras
3
Does the number of phase detect auto-focus points affect focus accuracy in mirrorless cameras?
2
Can a lens affect relative performance of autofocus points?