Can quick release plates be bought separately from ball-head?

Reading the reviews, I wished to purchase Manfrotto 498RC2 Ball Head that comes with RC2 quick-release system. Though the product is available online at a few stores, it is no more listed in the Ball-Head section of Manfrotto web-site. Moreover, bhphotovideo says that the item has been discontinued. I doubt if it is a good decision to purchase a retired product knowingly. Instead, I can see 498 Ball-Head [without RC2 quick-release] is still being sold by Manfrotto.

My question is, is it a good idea to purchase a quick-release system separately from the ball-head?

I don't have a clear idea on purchasing QR systems. I heard something about Arca-Swiss type plates. Those are recommended here and there. I own a Nikon D5300. Does Manfrotto manufacture any Arca-Swiss type plate? If so, are those generic ones or specific to a particular camera-model?

What is on the top of the head to which the camera is attached can vary a little more, but the end result is almost always a 1/4-20" screw that attaches to the camera or lens foot. 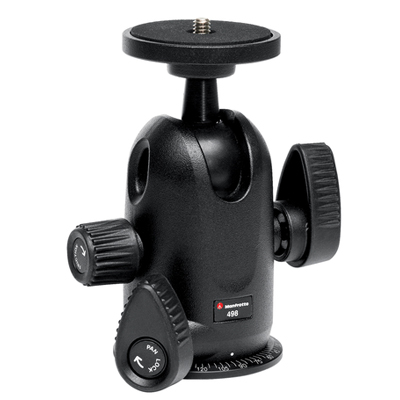 Quick release systems employ two components: the receiver/connector and the plate. When detached the plate can be attached to a camera or lens foot. To attach the camera to the tripod the plated is placed into the receiver and locked to it. The receiver can either be included integrally as part of a head or be an adapter that attaches to the top of a fixed head via the 1/4-20" screw that protrudes from the fixed head. 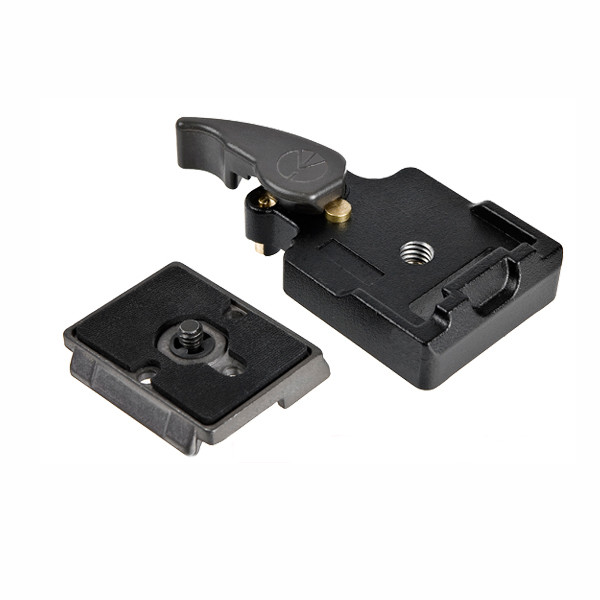 The same 200PL QR plate pictured above can also be attached directly to a head with an integrated RC2 receiver, such as the 498RC2 pictured below without a 200PL plate attached. 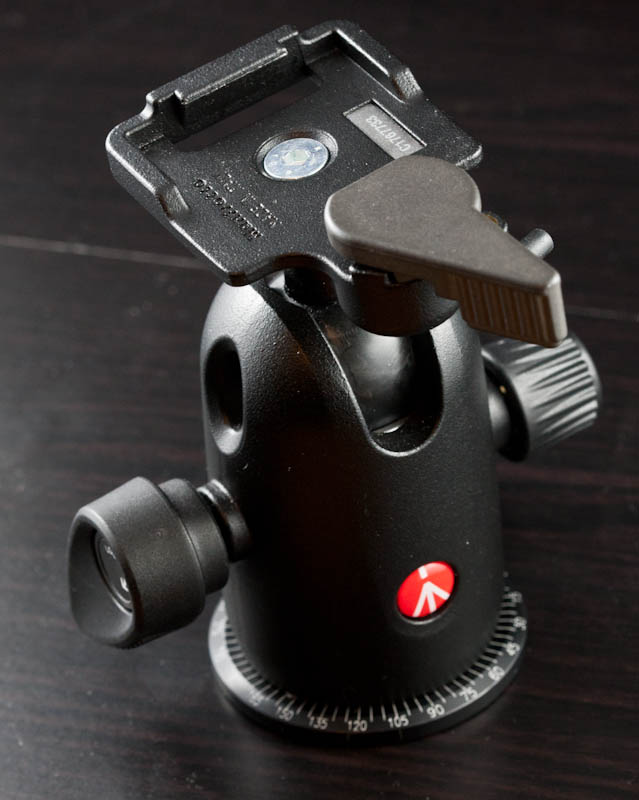 Most heads that have an integrated quick release receiver/connector, such as the 498RC2, also include at least one QR plate (as pictured at B&H, amazon, and other online sellers with the 200PL plate attached to the integrated RC2 receiver of the 498RC2). 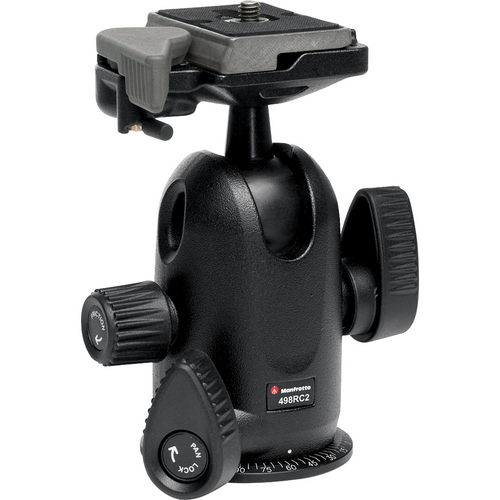 Additional plates can usually be ordered separately. This is certainly the case with the Manfrotto RC2 system as additional 200PL plates are available for purchase individually. Most quick release adapters, such as the 323 RC2 Rapid Connector, also include a compatible QR plate. And of course since the plate is the same for each system (such as the RC2 system) regardless of whether the receiver is built in to the head or an add on adapter, we've already established it is available as an individual purchase.

My question is, is it a good idea to purchase a quick-release system separately from the ball-head?

It's not necessarily a bad idea, but why would you want to? If you know you wish to use quick release plates with a head and the head is offered in the QR format you desire, it seems simpler and cheaper to purchase the version of the head with the QD plate built in. You'll also save a little bit in terms of stack height and total weight.

On the other hand, if you later decide to change which quick release connector you use, having the ability to convert all of your existing heads to the new connector would be an advantage.

Manfrotto offers tripod heads with several quick release systems. Among them are the following:

Not all Manfrotto heads are offered in all connectors. Some connectors are more compact and suitable for lighter loads while others are more robust and suitable for larger, heavier equipment. The RC2 and RC4 connectors have probably been the most popular among the ones listed above. Manfrotto has recently replaced a lot of their conventional ball heads with more expensive magnesium alloy heads and updated the RC2 connector and renamed it the Q2 connector. The receiver side is slightly different, but all variations of the 200PL plate will fit both systems.

The reason Manfrotto is discontinuing many of their heads such as the 498 is that they are introducing an updated line that has fresher, more modernistic styling and are made of magnesium. They are also quite a bit more expensive than the older aluminum alloy heads.

As Arca type connectors have become more popular among enthusiasts as well as pros, Manfrotto created the Q6 connector that uses an Arca compatible plate with a receiver that can be top loaded and has a spring loaded retaining feature that prevents the camera and lens from falling off the base before the dovetail is tightened down.

Here is the Manfrotto MHXPRO-BHQ6 with integrated Q6 receiver and the included MSQ6PL attached. The MSQ6PL is an Arca type plate. 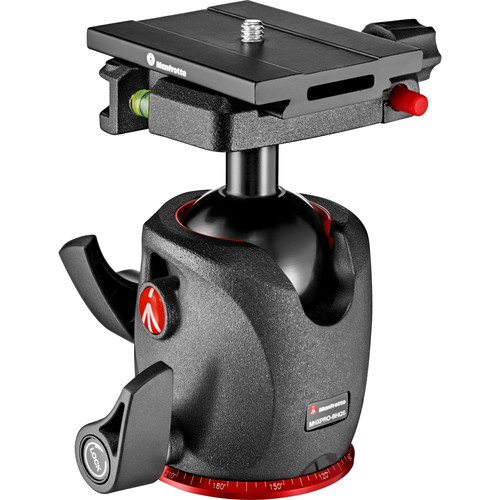 Here is the Manfrotto MHXPRO-BHQ2 with integrated Q2 receiver and the included 200PL plate attached.The 200PL plate is not an Arca type plate. 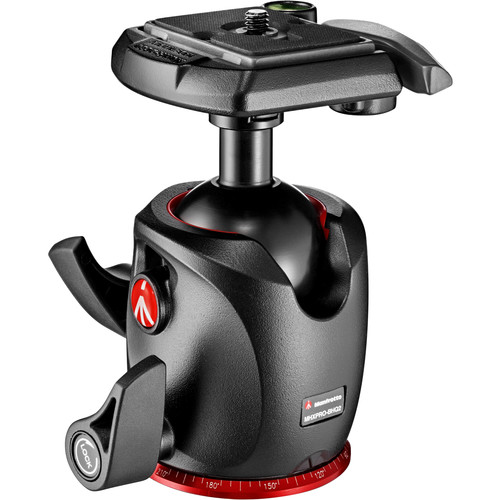 Yes, you can buy a quick-release plate, just make sure it is the the right type.

You can also buy a Plate Adapter which is what you need to change the plate type accepted by a ball-head or to turn a fixed one into a quick-release type. Once, I bought a ball-head and the plate adapter I wanted because it was cheaper than buying it as a single unit! The one I is an RC4 as shown here. If you want an RC2 instead, this is the part you need.

They also make an Arca-Swiss type plate and adapter called Q6. I bought two of them and sold them quickly as the RC4 is more efficient, easier level and gets more consistent alignment because it locks in exactly in position, while the Q6 can slide and the knob must be tightened while looking at the plate to make sure it is centered. This matter for panoramas, but you may not find it such a problem.

Not the answer you're looking for? Browse other questions tagged quick-release or ask your own question.