Is there anything I can buy to use downward tilt on Sony A7 on Tripod?

With Sony A7 line cameras, and from what I'm reading other Sony cameras as well there's a real design flaw where you can't use the screen at its downward tilt angle when on a tripod.

I've found a makeshift solution but it seems somewhat labor intensive. I am wondering if there's a better adapter or small plate of some sort I can just buy for a few dollars instead?

Shooting manual focus so really need to be able to see at least the screen if not the viewfinder. Might end up bringing something to stand on instead but that's pretty silly too.

Update: To be clear I just purchased a Benro Travel Flat A1192TB0 that comes with an Arca Swiss style Quick Release Plate PU-50 (I believe, pretty new to this tripod / tripod head stuff). 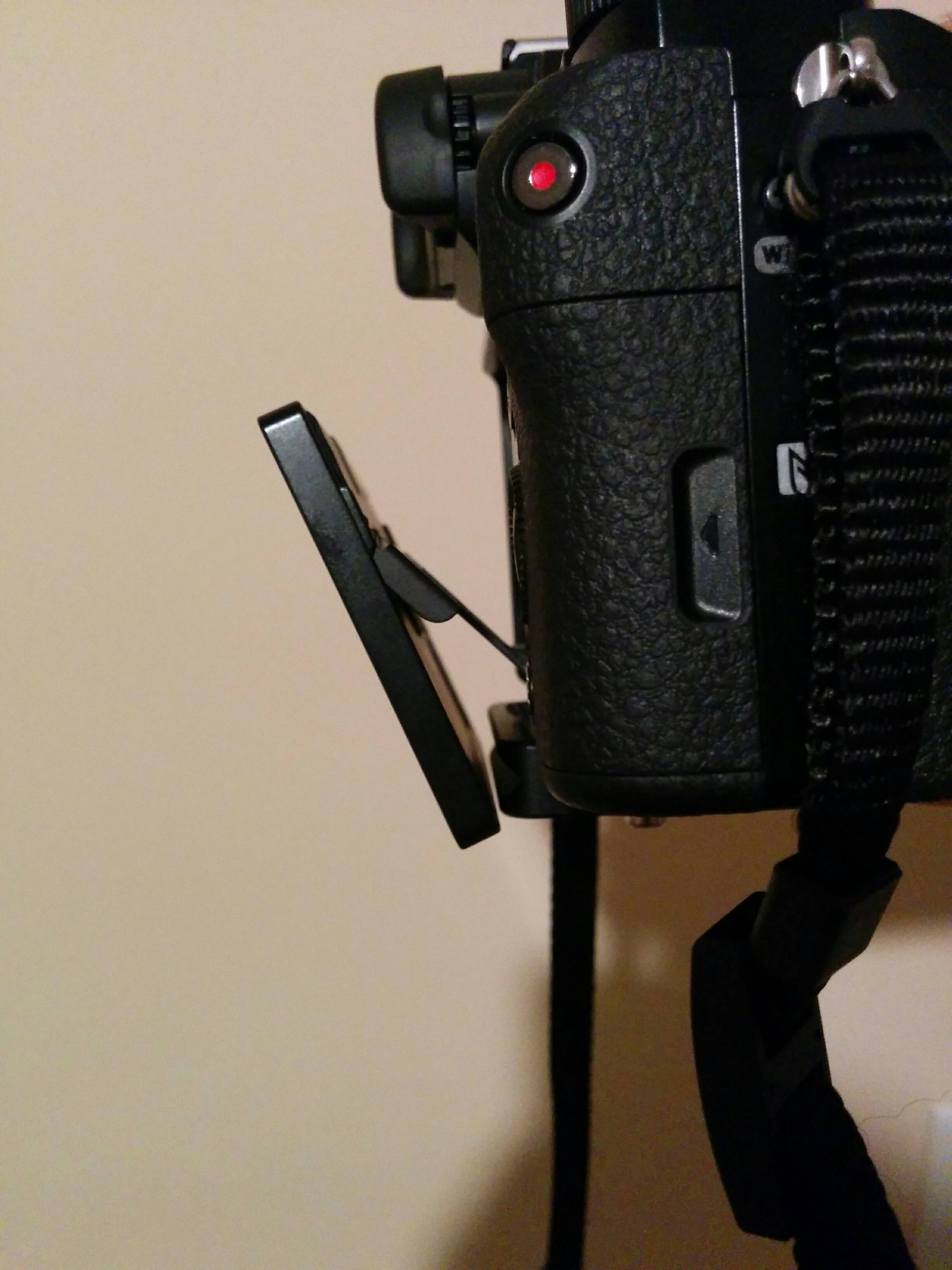 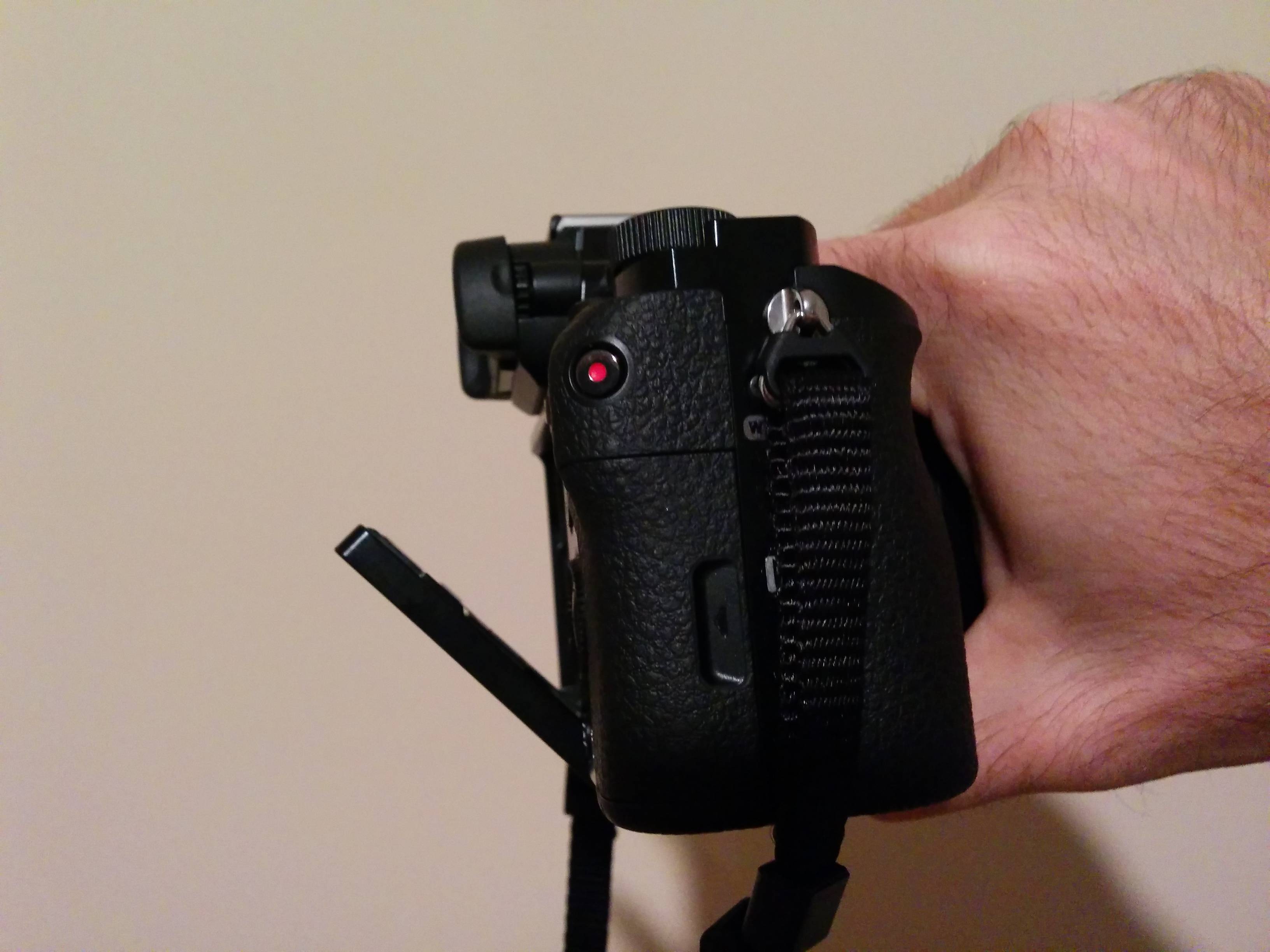 Notably, the Sunwayfoto plate appears to allow more downward angle of the LCD than the RRS plate does.

¹ Note: often times, "Arca-compatible" is a loose definition. If you use a lever-action Arca-type clamp, this plate might not be compatible (according to some of the Amazon reviews). However, if your Arca-type clamp uses a screw knob to tighten the jaws, this plate (or any Arca-type plate) will work fine.

Its a matter of what tripod mount you are using. Some are bigger than others. While a bogen hex plate could potentially give you issues, an L bracket from something like Really Right Stuff (Sony A7 L plate) appears to be designed so that it has a smaller than camera base plate on it. 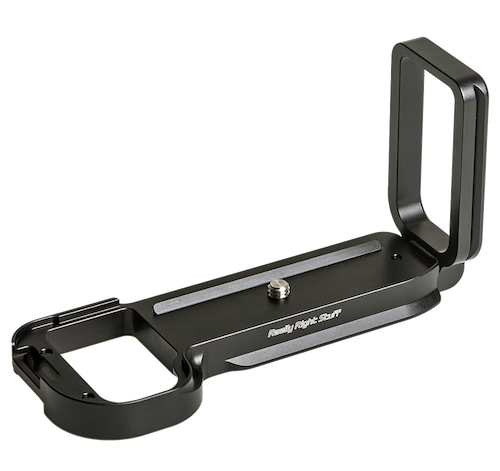 I'm going to point out that this is not a "few dollars" and if you are asking this question, you likely don't have an arca-swiss style quick release plate tripod head.

Thats just one quick release plate. There are many others in the area style that are small. For example: 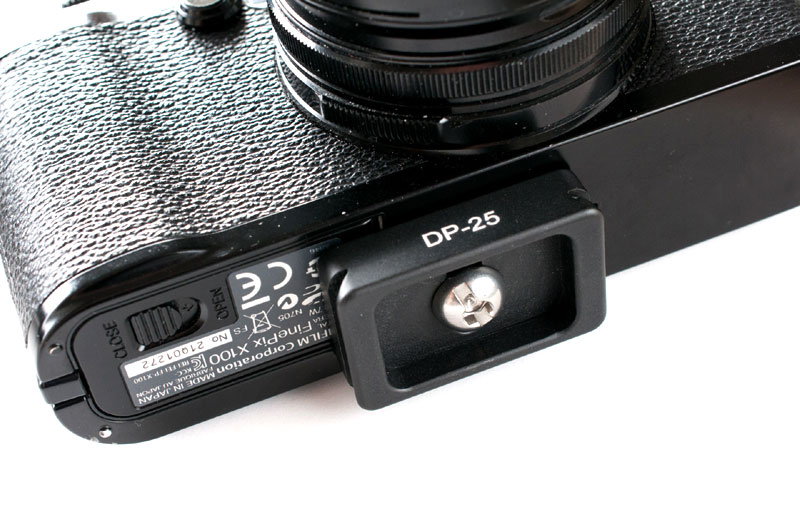 is a small generic plate on a rather small camera.

There are some rather small QR plates out there from Arca-Swiss such as a 32mm x 32mm plate (b&h) and a 48mm x 32mm plate (b&h). Given the option I'd be looking at the larger of those two plates because it provides more of a base for the camera to rest on (though I have to admit that I don't have a Arca-Swiss head to look at (I've got Bogen RC-0s which I know won't work for you at all) nor a Sony camera to measure to check on the tolerances).

Get a good tripod and a good quick release system and you won't have this problem. There are more than enough QR plates out there for the Arca-Swiss system that you will find something that works precisely. And given the funds, I'd really check with the RRS option mentioned at top because it is designed exactly for that camera.

That said, an old search finds extending the 1/4" screw on tripod heads. A home improvement store should be able to get you a longer screw and you put a few bolts and washers on it in hopes of providing enough support.

That last bit is key... and something you are going to have to watch out for. You are trying to move a rather heavy camera up a bit - so that it isn't in contact with the tripod head. This means that the stresses on the screw itself will be greater. You risk breaking off the screw in the camera with any solution like this.

19
Is there a standard tripod mount?
5
What tripod leg extensions systems are there?
1
Tilt on Albinar 7000 tripod head won't lock in place — how to fix?
2
Sony Alpha 7 - Tripod and IS Damage?
3
How to measure angle of tilt of a camera on a tripod?
1
How to Take Care of 3-Way Pan/Tilt Tripod Head
1
Can I use a Sony HVL F43AM off-camera with Sony HVL F43M as master?