Can I match the Fuji X100T in photo style with my Canon Rebel?

I also like the idea of a mirrorless camera like the Fuji X100T for its form factor, and prime lens 23mm F2.

Assuming I purchase a prime lens around 20-30mm for the Canon, is there a difference in the style I could achieve in my photos? "Style" would include depth of field, I suppose, which depends on the focal length and max aperature size, I suppose. (This is avoiding the difference in megapixel, and whatever technical specifications that may not count here.)

Can you approximate the same field of view and depth of field, etc. etc., with an APS-C Canon body and a Canon lens? Of course you can. The EF 24mm f/2.8 STM is probably your closest analog, although it is, of course, one stop slower. But it also has the pancake low profile of the X100T's lens.

I shoot with both an X100T and a Canon 50D (it replaced my old Canon 350D/XT). And they're substantially different tools, that I use in substantially different ways. I do have an EF 40mm f/2.8 STM pancake lens that I put on the front of my 5DMkII as a just-wider-than-normal walkaround lens, and I have to say that it still feels like a huge clunky dSLR. :) Same deal putting my adapted pancake C/Y Zeiss Tessar 45/2.8 pancake on my 50D. Both are not only bulkier and less discreet, the viewfinder frames slightly less than the image I'm taking.

The X100T, otoh, is very small (coat-pocketable), very light, very discreet, and the field of view in the optical viewfinder is much wider than the frame I'm about to take. Composing within brightlines, rather than the edges of the viewfinder, changes things--your timing for things coming into the frame, your awareness of framing possibilities, etc. I shoot in a very different, looser, more casual style with my X100T, while I tend to be more deliberate with my dSLRs.

That doesn't mean you can't do the same style of shooting with a Canon dRebel, just that the X100T nurtures that type of shooting in a way the Canon doesn't, and vice versa.

Add into that the physical differences of the sensors (Bayer vs. X-Trans color filter array), and how their processors handle colors, and there are subtle differences in the resultant files. You might be able to equate one to the other with post-processing skillz, but there are some presets that Fuji offers for JPEG images that some folks are having difficulty duplicating on their own (e.g., "Classic Chrome").

A Canon EF-S 24mm f/2.8 lens on your Rebel XT would make for a nice compact package that could yield photos comparable to the X100T.

A 20mm or 24mm 2.8 would be about as close as you can get to lens on the X100T. Matching the exact depth of field with focal length and aperture won't be easy due to the f/2.8 limitation.

Every camera processes images a little differently and if you are willing to accept the aperture limitation then it should be easy to match the photo "Style" using the Processing Parameters Menu.

It is possible to set 3 different preset parameters, and each one can be adjusted for Sharpness, Contrast, Saturation and Color Tone. 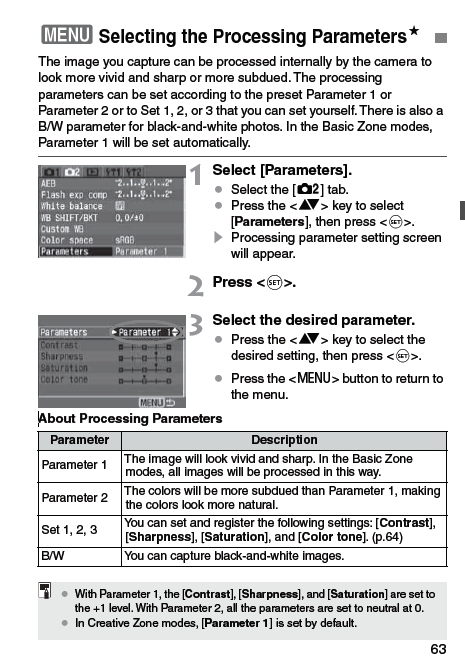 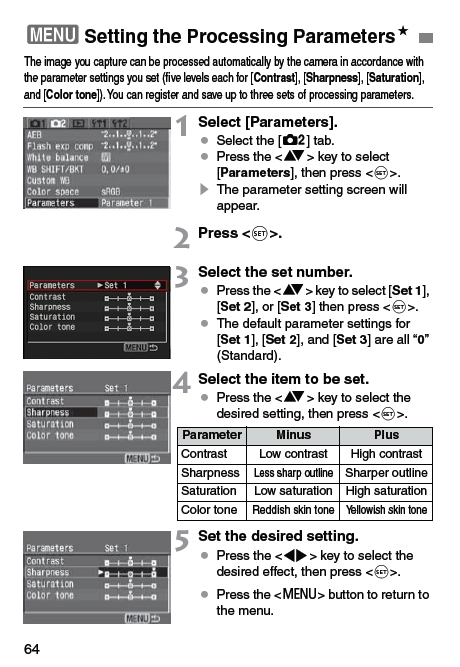 Not the answer you're looking for? Browse other questions tagged canon fujifilm or ask your own question.