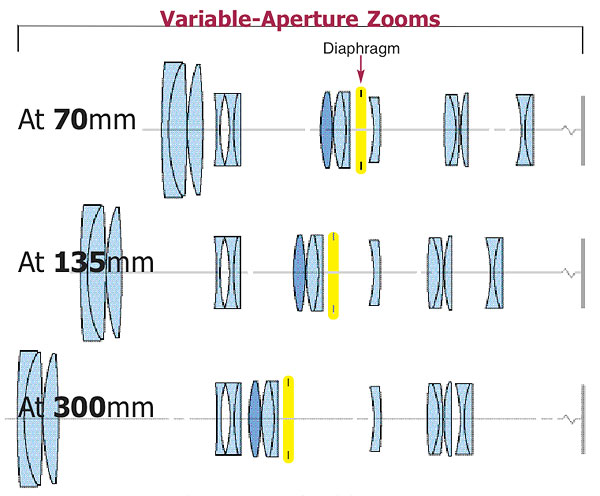 2
Why don't all zoom lenses have variable f-numbers?
0
How do constant aperture zooms produce identical exposure, even though focal length is larger?
0
Does the diameter of the aperture increase with increases in the focal length with constant F-number(F-stops)?
22
How can aperture be f/11 on a lens with an aperture range designation of 3.5-5.6?
13
Do photographers avoid using zoom?
14
How do zoom lenses restrict their widest aperture at the telephoto end?
9
What is the technical name for a zoom lens which has a fixed maximum aperture?
20
Why do zoom lenses and compact cameras have varied maximum aperture across the zoom range?
8
What are the advantages of a lens having a fixed maximum aperture?
2
What does the aperture range in a lens name mean?
See more linked questions

8
What are the advantages of a lens having a fixed maximum aperture?
10
Max aperture on zoom lenses - stepwise or linear?
4
How do I get a decent zoom lens for my Micro 4/3 camera?
1
What are the pros and cons of constant-aperture zoom lenses, for a relative beginner?
14
How do zoom lenses restrict their widest aperture at the telephoto end?
5
Why do zooms have small apertures even around 50mm?
6
Does the maximum aperture vary linearly with focal length?
2
focal length to aperture relation while zooming - is my russian lens lying to me?