Taken a picture of my monitor while spinning in circles - why is it distorted?

I just found a picture again I took years ago, and I'm wondering what's happened ever since then - I hope this is the right place to ask!

I sat on my swivel chair and spun a few times, while taking this picture of my CRT display at a random moment. 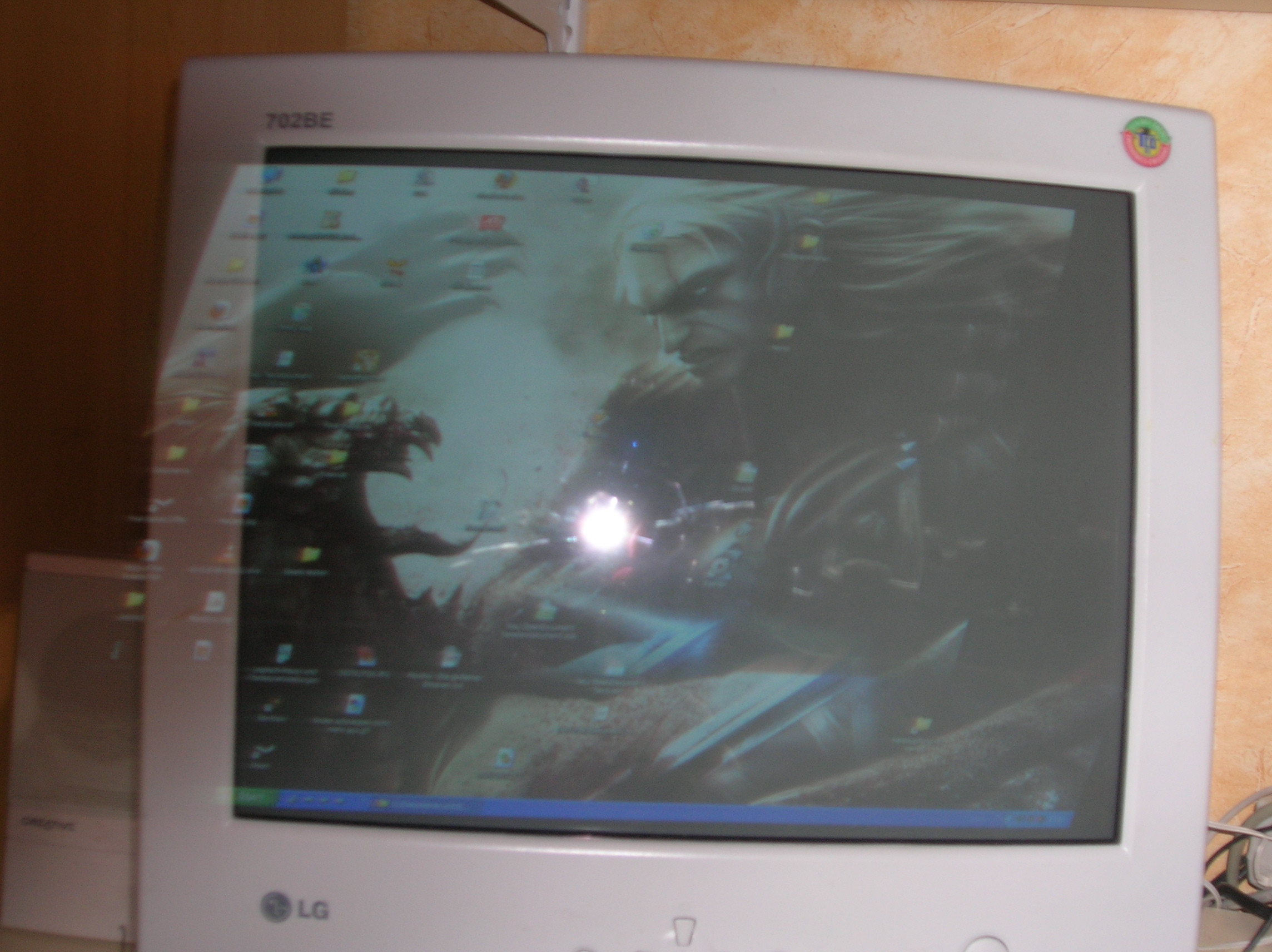 The digital camera I used was (according to EXIF, I don't remember anymore...) a Nikon E4600.

While I've heard of distortions due to a rolling shutter, I would expect it to affect the whole picture, not only the desktop screen.

What's going on there?

The reflection on the screen tells me you used a flash. The flash only lasts a very short time (at most 1/200 of a second), while the shutter was probably open for a much longer time (maybe 1/30 of a second). Since the frame of your CRT as well as the wall behind it do not emit light on their own, their appearance on the photo is mainly due to them reflecting light from the flash. The CRT however emits light on its own, thereby contributing to the image over the whole time of the exposure.

EDIT: Looking more closely, you can see that the electron beam was in the bottom quarter of the screen at the start of the exposure (and therefore at the time of the flash). It then traveled to the bottom and wrapped around to the top, getting more and more displaced to the left.

The effect is created due to you rotating and the lines being drawn from top to bottom and your shutter was open long enough to capture all lines being emitted.

How did the image get skewed that way? You're rotating clockwise and when the flash went, a line at the top of the lower quarter of the screen was being emitted. Then you captured the next line when you were rotated just a fraction to the right. So that line appeared a bit more to the left and so one. Your shutter was open long enough to capture the emitting of all lines.

You can see that the lower line and the upper line are aligned horizontally. That makes sense, because the top line is being emitted right after the bottom line was emitted.

Update: finally done polishing my answer. Now when I read back the accepted answer, I guess mine tells the same story...

Not the answer you're looking for? Browse other questions tagged artifacts display subject-movement or ask your own question.

0
What is the cause of this speed-dependent distortion?