Getting a completely sharp bird when it is up close

So I know that Depth of Field (DoF) is controlled by your f-stop (aperture opening) of the lens in question.

Is it possible to get birds completely sharp when they are so close (8.2meters) as I've seen in other shots? The bird was there for only a few seconds before flying away so I don't know if it's possible to Focus Stack that quickly when you're manually focusing for the bird's eye?

I forgot to put the aperture here. It was at f8. Exposure value was at 0. I've included a second shot there the focus was on the body leaving the tail/wings sharp but I don't know if that is "acceptable" for a bird that close. 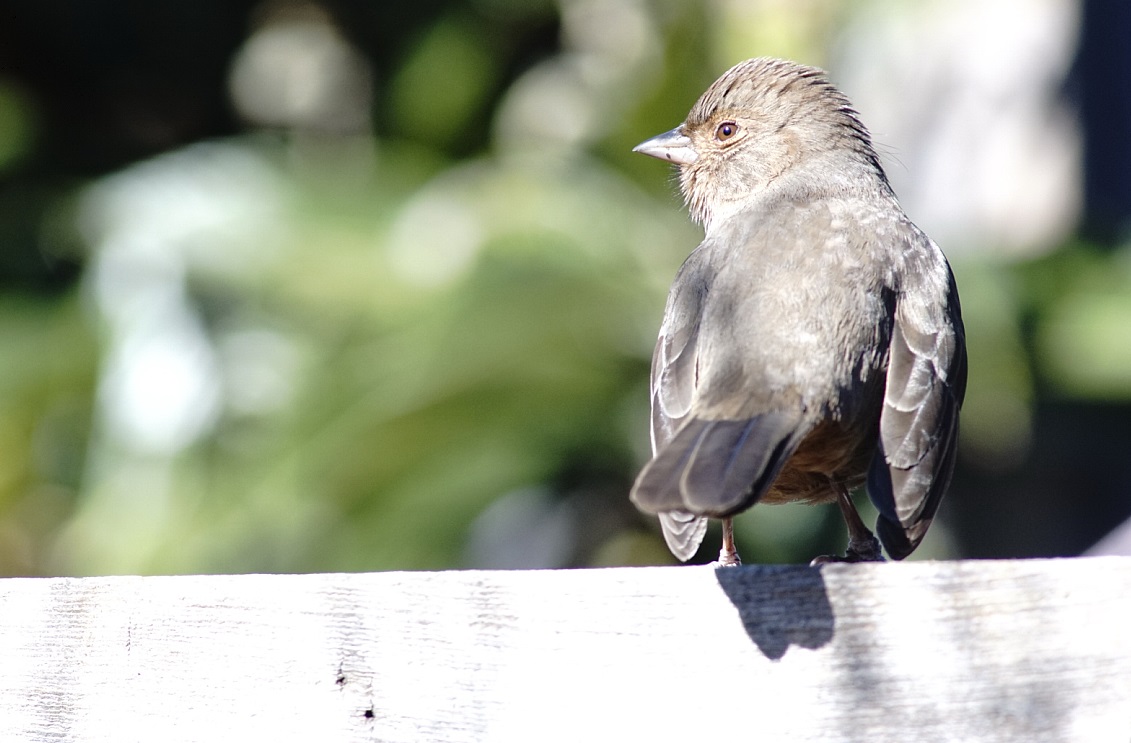 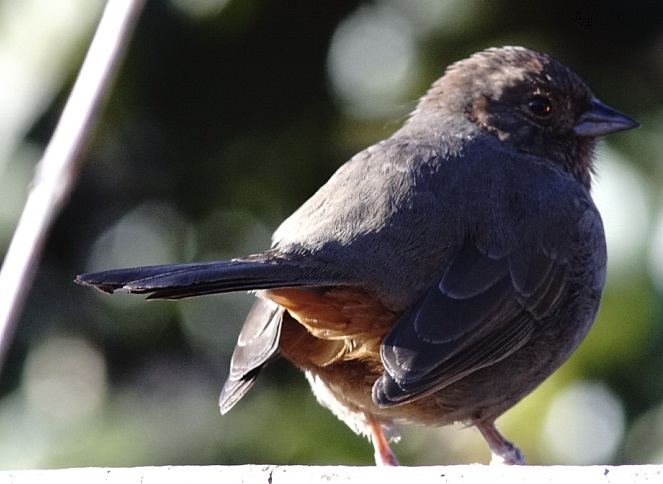 but the body, wings and tail are blurry, as if there's not enough depth of field

Using a depth of field calculator like DOFMaster, it's easy to plug in numbers and determine how much depth of field you should expect. For example, for a camera like yours shooting at 300mm, f/4, and 8.2m from your subject, you can expect about 0.06m of acceptable focus in front of the focused spot and also 0.06m behind that spot.

From the look of your image, it appears that you have about 6cm of acceptable focus in the space in front of the head and beak. For example, the bird's legs and feet are nearly as sharp as the beak, and they must be 4-5cm in closer to the camera than the head is. Given that, it seems a safe bet that you shot this at your lens's maximum aperture of f/4.

The depth of field calculator also lets us try some other possibilities so that we can figure out how to improve this shot in the future. At f/5.6, your DoF in front of the focus point only increases to 8cm, but at f/8 it jumps to 11cm, which is closer to the range you'd need to make a bird of this size and in this position reasonably sharp. So, stopping down to f/8 is one solution. Since most lenses are a little soft when they're wide open, stopping down will also sharpen the overall image a bit. On the other hand, one of the things I like about your photo is the separation between the bird and the blurry background, and stopping down will give you less bokeh.

As already suggested, you're not using the part of the plane on the far side of the bird. Focusing on a point that's a little closer to the camera would help put more of the bird in the acceptably sharp zone, possibly at a loss of a little sharpness in the eye. If you want to go this route, aim for the middle of the bird.

Depth of field increases as the subject gets farther from the camera. Keeping your f/4 aperture, you can get the same bump in depth of field by increasing the distance to subject from 8m to 12m. I doubt you had time to move for this shot, but if you're willing to trade distance (and therefore subject size) for depth of field instead of using aperture in the future, that's an option. As a bonus, you're less likely to startle the birds from farther away.

The depth of field beyond the subject is greater than the DOF in front of the subject. Having focused on the bird's eye you've wasted a major part of your possible DOF, because the subject (bird) is before your focus point and thus mainly out DOF. Approximately two thirds of your focus plane is "in the air" behind the bird.

Next time try to focus on some point which is in the front third of the object (f.e. bird's back or wings in this case).

Not the answer you're looking for? Browse other questions tagged focus depth-of-field sharpness or ask your own question.

3
This doesn't seem very sharp...is this normal?
8
What are "Depth of field and focus scales"?
3
What would be a good indoor setup to find a lens's sharpest aperture?
19
Why is my far away background in focus even with a low aperture number?
0
How do you exercise depth of field in practice?
11
How to have a sharp product image?
8
How can I get sharp bird photos when the bird is further away?
0
Do my photos look blurrier on a newer, higher-resolution camera body because my lens has a problem?