Is this lens fungus? 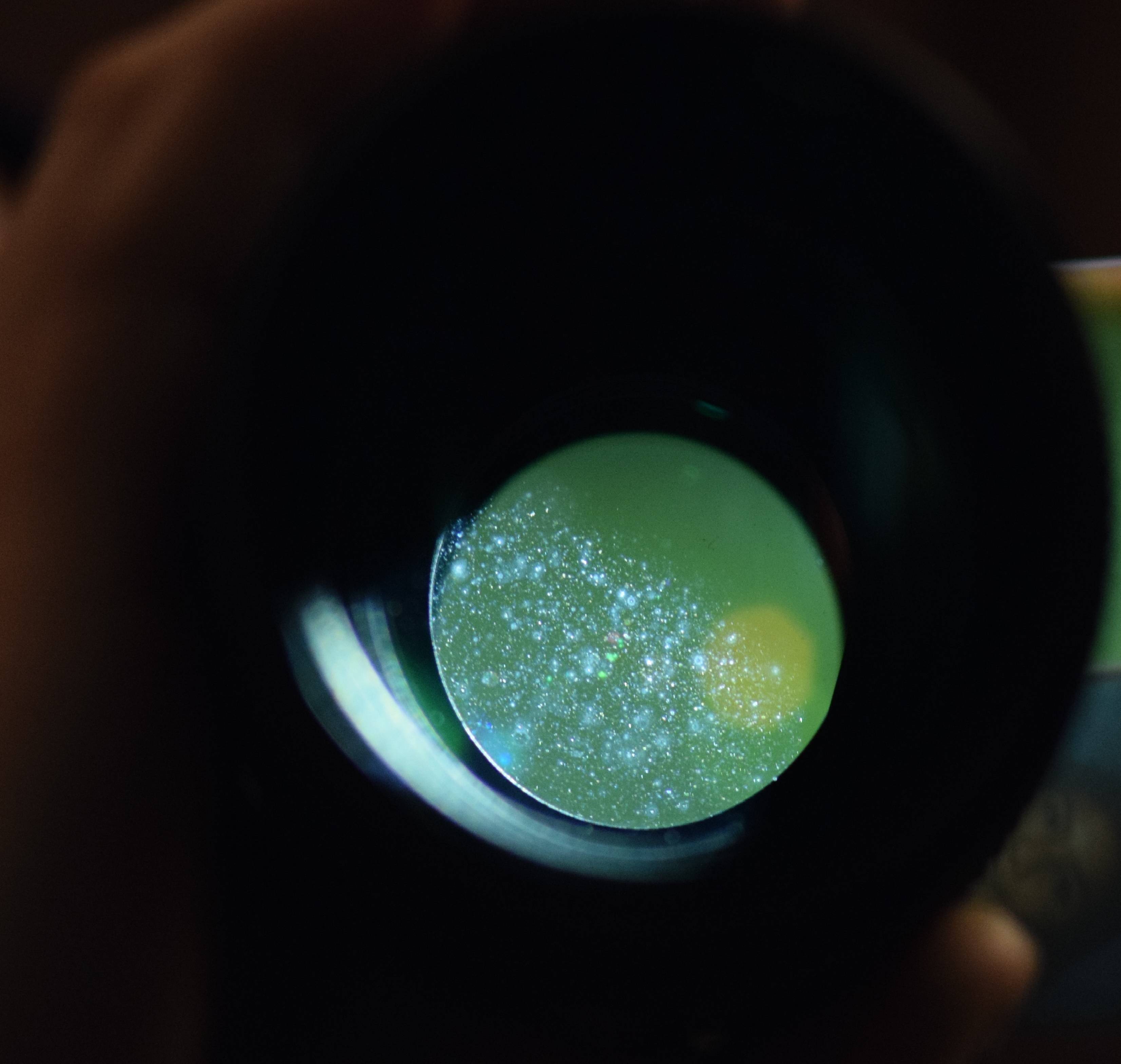 I bought a Nikon 70-210mm F/4 E Series lens off ebay for $30 only to find this inside the lens. I took some pictures with the lens and the images looked great, but I am scared that if this is fungus, the lens will not be usable in the future

That certainly does look like some sort of mold or fungus. It may be affecting the image quality, but if you can prevent it from spreading you may be able to use it indefinitely.

more: why does fungus form in lenses and how to get rid of it

I'm going to take an optimistic stab and say that what I see in your picture doesn't look entirely like a typical fungal growth to me. They aren't usually so 'spotty', often appearing as a small number of distinctly 'spidery' blooms. Anyhow, that's beside the point - your lens needs a clean.

If you're going to do this yourself, the first question you need to answer is: is the contamination on the outside surfaces of the glass? If it's only on the outside, that simplifies cleaning enormously.

Be aware that any attempt at cleaning may damage your lens, even if just by a slip of the hand, so if you aren't comfortable with delicate tinkering, don't attempt any internal work on the lens yourself.

Your picture suggests that the contamination might be spread throughout the rear groups, inside and out. If so, this is a little unusual for Nikon lenses (which seem generally more fungus resistant than certain other brands), but more common in one-touch zooms due to the sucking of air into the lens as you zoom them. Anyhow, to access the rear lens groups, you will first have to remove the lens mount by removing the four phillips head screws facing you when looking at the rear of the lens. Note that these screws will probably be tightly glued in, and removing them safely requires a good screwdriver of the correct size (size 0 I believe) and a very good grip on the lens. If you don't think they'll budge, you may have some success applying a needletip of acetone to the rim of the screw head, waiting 10 minutes then carefully trying again. I nearly wrecked a very good Nikkor on my first attempt at this (it was so full of fungus you couldn't see through it, but sucessfully cleaned with care and isopropyl alcohol), so be careful and avoid injury to yourself and the lens. Once you remove the screws, things start getting tricky; the aperture feeler has a delicate spring attached to it and you really dont want to dislodge it inside the lens. If you have small enough fingers or the right tools, you should be able to reach inside and unscrew the rear-most lens group (normal counter clockwise twist) and remove it for cleaning. Quite often only this rear group is contaminated and you may not have to delve deeper into the lens.

One final word of caution: take careful note of which way up each lens element is when you remove them for cleaning. If you put one back the wrong way round, you'll kick yourself.

Not the answer you're looking for? Browse other questions tagged nikon fungus or ask your own question.

46
Why does fungus form in lenses, and how to get rid of it?
5
How to Restore Old Lenses?

46
Why does fungus form in lenses, and how to get rid of it?
4
How to set up a safe environment to clean inside an old lens?
3
Is this fungus or dust on my lens?
0
Fungus cleaning from a Nikon superzoom
1
Does the lens I just bought have a fungus?
4
Lens Fungus - how to prevent it while actively using the lens in humid environment and remove it if you already have it?
1
Can I mount a Nikon 50 mm f1.8 series E pancake lens on an Nikon D7000?
1
Fungus or dust?
4
What are these branching, dust-like particles? How to prevent their spread?
2
Is my camera infected with fungus?