How to photograph frost and snow sparkling?

Where I live in Maine has a lot of frost and on sunny mornings it sparkles on trees and bushes beautifully. I have tried to photograph this with a DSLR (Pentax K5) but the sparkles are always reduced, almost as if I had a built-in polarizer. I have tried using a narrow aperture, but this does not bring out the sparkles enough to make them noticeable unless zoomed in. Any other suggestions? There are similar related questions but none that ask this specifically- many answers (ie for sparkly jewelry) assume the photographer can manipulate the light source. Or they are photographing a light source (like the sun) that dominates the photograph, not very small pinpoints of light. Thanks.

I added the pic below as is an example.. you can see a little bit of sparkle in this one, but in reality I could see much much more. 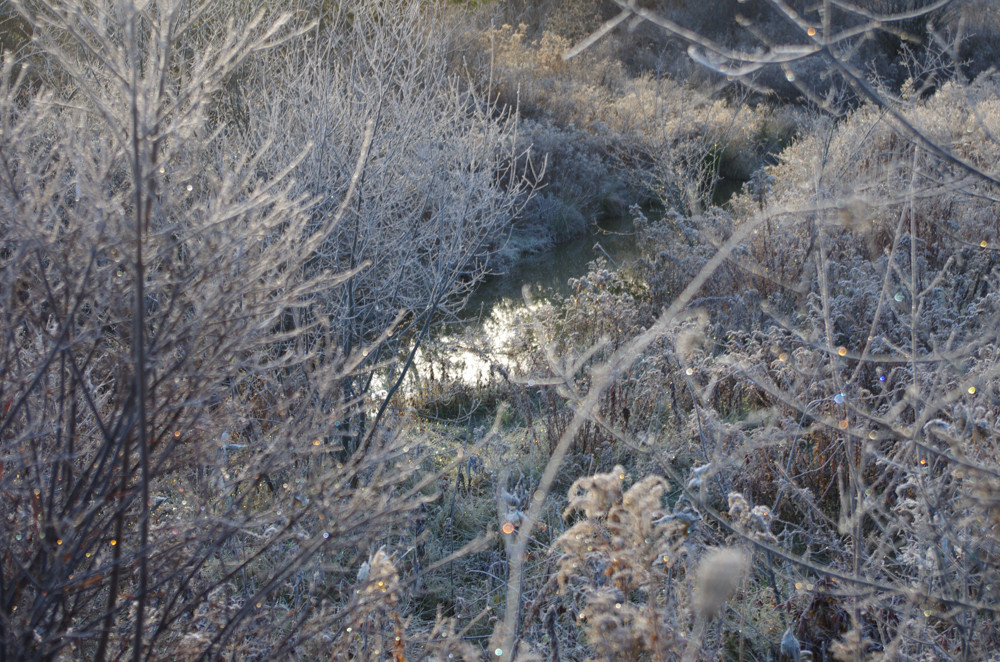 I am limited on this answer because I live in a warmer climate.

The bad news is that the camera only receive the sparkles that specifically enter the aperture of your camera on a specific moment.

There is a chance if you open up the aperture you can capture more, but in reality I doubt you can see them on a landscape. Googling winter scenes I have never seeing a photo with obvious sparkles. Only in close ups.

As Paul Austin mentioned. Try to add a filter on your camera to add some fake sparkles or add them in post processing.

P.S. You can try to take a photo with the sun on the back of your subject to catch refraction on the droplets of water and ice though.

Much sparkling is due to stereo vision, which is also why the glistening of metal is hard to capture in photographs that are not stereo pairs. Diamonds reflect and refract light glint differently to each eye as well, enhancing this effect. This is one of the little-known benefits of stereo photography: stereo slides of sparkly snow and metals are amazing in this regard.

It was known back in the days of the old stereo cards that when a speck of light is seen in one eye but not the other, the speck will be seen as flickering. And that is why snow seems to sparkle. So for night scenes, and I've done this, some stereo cards would be pierced with a needle in different places in the sky in the two views. When held up to the light so light enters through the back of the holes, this produces the effect of twinkling stars in the night sky.

A sparkling effect is inherently time-dependent, with tiny points of light appearing and disappearing with even the tiniest bit of motion. A few seconds of video would convey that better than a single fixed image. The same is true for stars, which just don't twinkle in a static image.

There are a lot of little orange, blue, and yellow blobs in your sample photo that probably looked like sparkles to you, but which ended up out of focus and so look like tiny bokeh balls instead of sparkly points. Very wide lenses are great for increasing DOF. Use a small aperture (high f-number). If shooting with a long lens, choose a small subject rather than a whole landscape, and put some distance between the camera and subject. Focus stacking could also help.

Use a tripod and a longer exposure.

I agree with the answers that say motion enhances sparkles, but you can't very well move the camera. But air is almost always moving at least a little, enough to move branches and cause some sparkling even when you stand very still. A longer exposure will give you a better chance to catch more of those sparkles.

Timing is almost everything.

The sparkliest time is when the sun comes out and starts to melt things, so you get lots of little water droplets and lots of motion. The morning sun after an ice storm is the best, and I'm not the only one who thinks so:

You might try a "Starburst" filter? I know they were available years ago from "Cokin" I think. Basically a clear filter that had a very fine pattern of crosses etched into its surface. Perhaps if you're good with your hands you may be able to make one from an old skylight filter? I'm sure I have seen something online somewhere... Try searching homemade Starburst filter.

Another reason why it is difficult to see snow sparks in photographs is the limited dynamic range of a camera. Sparks are very bright (being sun reflections) and they most often appear blown out over the already bright winter background, there is simply not enough contrast.

In the same situation our eyes can still see sparks as bright points of light, much brighter than the background.

I think there is no good way to reproduce the "true" image in the photograph, you can decrease the exposure to make sparks stand out, but then the whole landscape will be darker and less appealing, unless you display it on a very bright screen.

Just wanted to give an update on some things I tried. I think as far as what causes the sparkles to show in real life and not on camera, it's a little of "all of the above", but a few things I did notice: 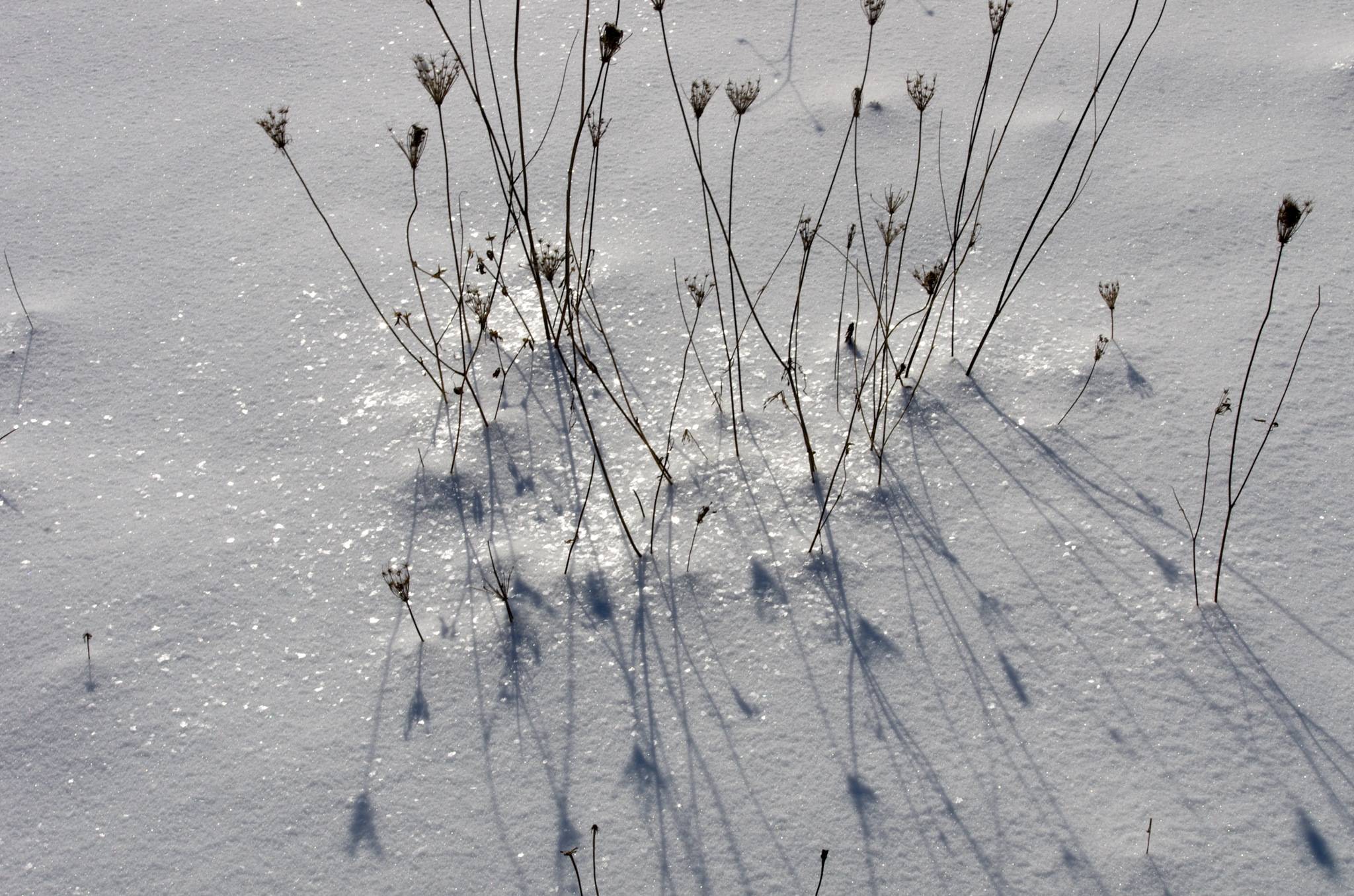 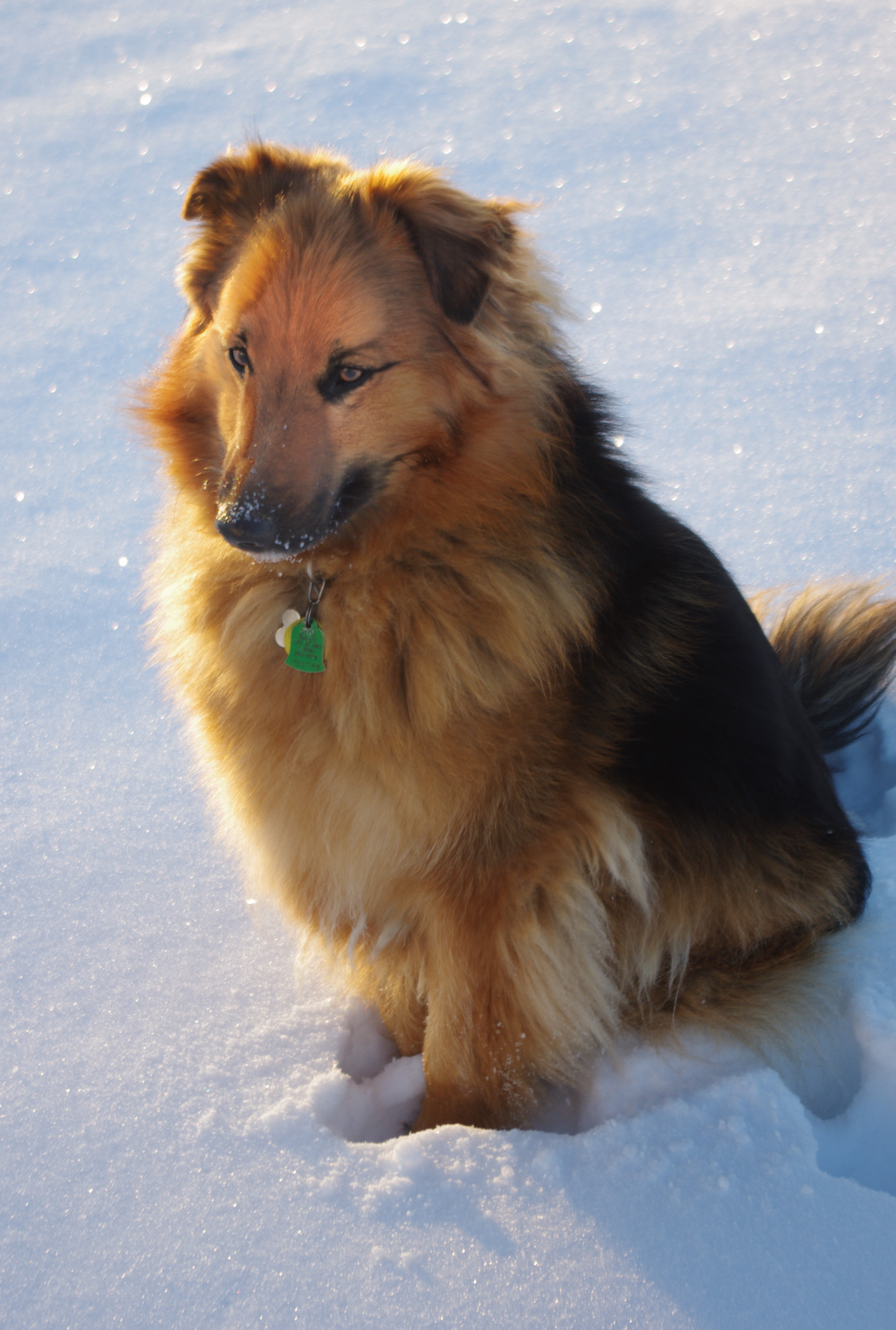 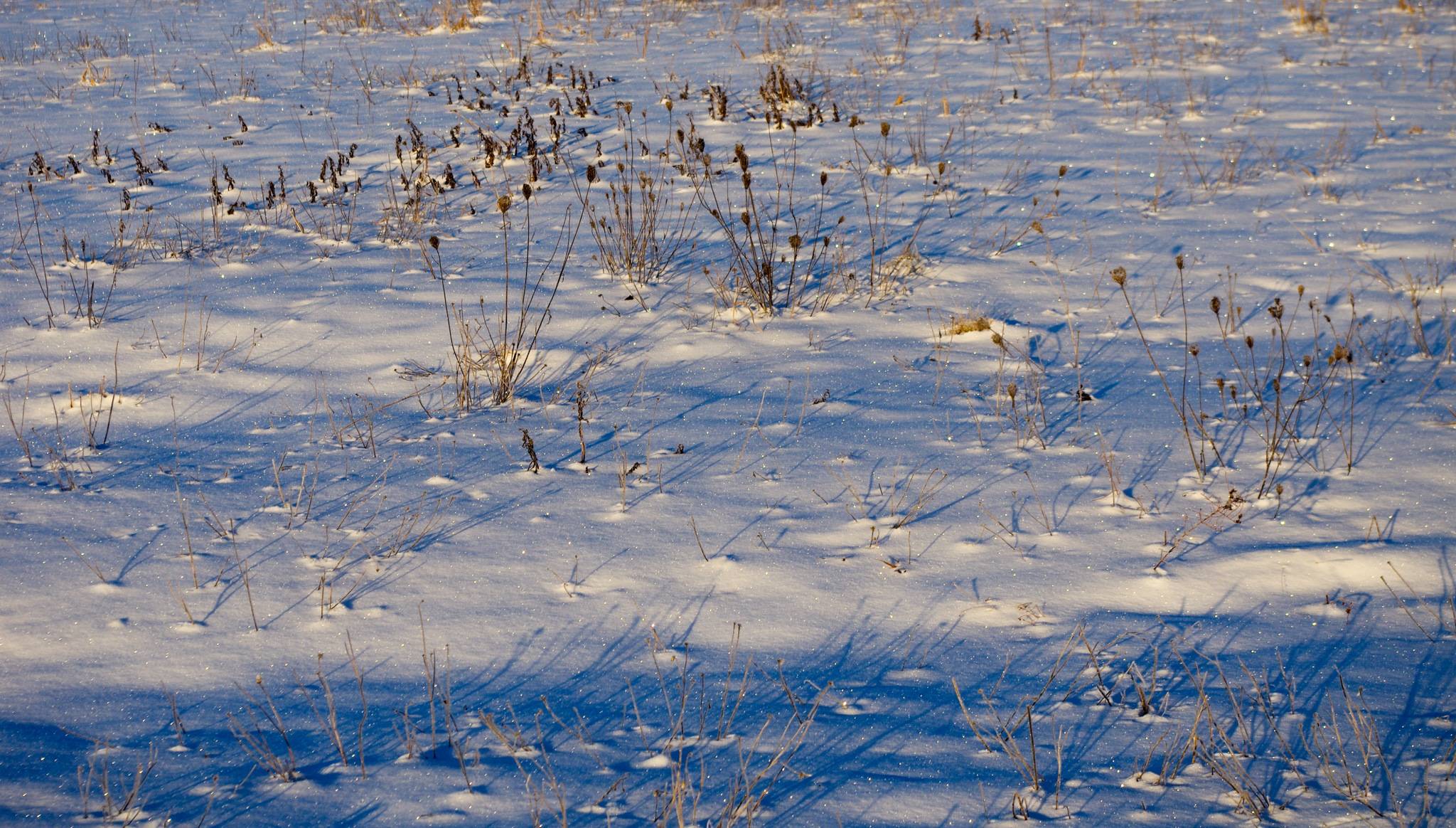 There are a lot of good answers here, but I'm surprised to not see one tip: use flash. Normally, in highly reflective conditions a flash is challenging to use because it highlights the reflection further -- but that's exactly what you want here. You can likely use very low power when firing the flash, as it won't take much to cause the reflection to blow out to white.

I'd like to reiterate on the "PS" added to an answer above. Try to shoot a smaller area where the ice is backlit by the sun so that you have a higher level of light being refracted by the ice & consequently a greater level of glinting for your camera sensor to pick up. If you're not already using a tripod, do consider it as it will let you use smaller apertures to keep the glints as points of light rather than the blobs you would (and do) see at wider apertures.

Not the answer you're looking for? Browse other questions tagged reflection snow or ask your own question.

17
How to photograph sparkly objects?
6
How to film translucence and light?

84
How should I photograph falling snow?
6
What safety precautions should I take when taking photos in the snow?
8
How to photograph glass without reflections and shadows?
3
What settings should I use for taking a picture of snow in low light?
1
How to capture snow flake?
1
What is the best way to photograph iridescent glitter?
2
Why do photos of snow scenes turn out very blue?