How do I shoot a self-portrait with a clear white background at home?

I want to do a self-portrait at home with a clear white background.

How can I do it without buying expensive accessories (I mean with things that can be found in a home)?

Well, you need lighting gear, so this is a LOT easier to do if you can buy lighting gear like flashes, stands, and radio triggers.

With the lighting you can find around your home, it's unlikely that you can create enough light on the background to turn it white. Maybe with a work light or something, you could achieve this, but you do want to be very careful about the heat that's generated, and you have little control over the amount of light it will put out.

As the other posters have said, you need the background lit brighter than the subject (you.)

One way to do this without any extra equipment is if you have a large window. Face away from the window on a bright day with the curtains open. Expose and color balance for the inside lights; the outdoors will be so much brighter that it will blow out to white.

Light levels are usually pretty low so you'll be using a tripod and wide aperture anyway. Frame the shot to fit within the window frame.

Be aware that there may be blowback or a hazy look; you can go with that or correct it in post-processing.

I often shoot models indoors with window light and let the outdoors blow out, so the window is just white.

The first part is easy.

1) On a sunny day, find a wall that recives direct sunlignt. Put a big sheet of white paper or a bed sheet. Use this as a background.

2) Hold an umbrella above your head so you do not recive direct sunlight.

Oh dear. Luky for us there are no correct light settings, there are an inmense situations where we can take a self photo, so no recipy here.

You can just take a photo on the most uniform and white background you can find and ajust the values using software. You can use gimp http://www.gimp.org/ which is free and good enough for you.

As inkista says, much brighter light on a white background will approach what you want. It is common to "select" objects or areas in post processing and add backgrounds of choice. This method has prose and cons.

As an alternative you can use an editor to replace a colour within a certain range with another colour. If the chosen background colour range does not occur anywhere in the desired image then the background can be replaced at will. –

Here's an example (the photo is chosen for its relevance not its other merits :-) )*

Editing programs which have this feature usually allow the range of hues which constitute a match to be varies in some manner. In this case I found that a range large enough to achieve a good result everywhere relevant, also managed to act in a few undesired areas. Selection of active areas with simple rectangular masks and several replacements using different allowed ranges did what was required (more or less).

A closer inspection in the larger version - seen here will show the areas where substitution has not occurred or where a degree of deletion or replacement that is not desired has occurred. All the ladies have small areas of blue sky showing through portions of their hair. How important this is depends on the end use to be made of the image. Replacement by other editing means would deal with these if desired. 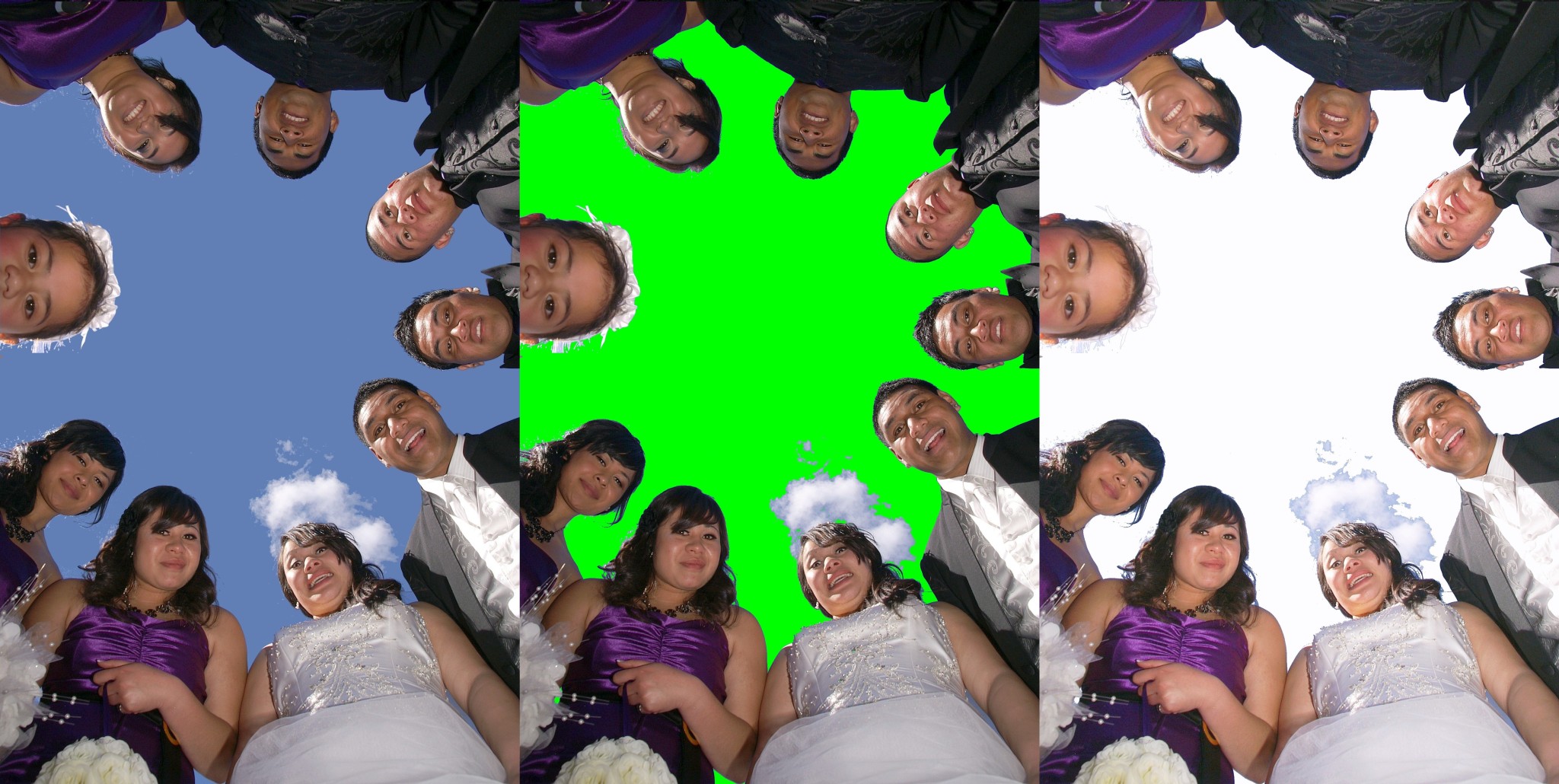 A few examples of areas where blue sky remains 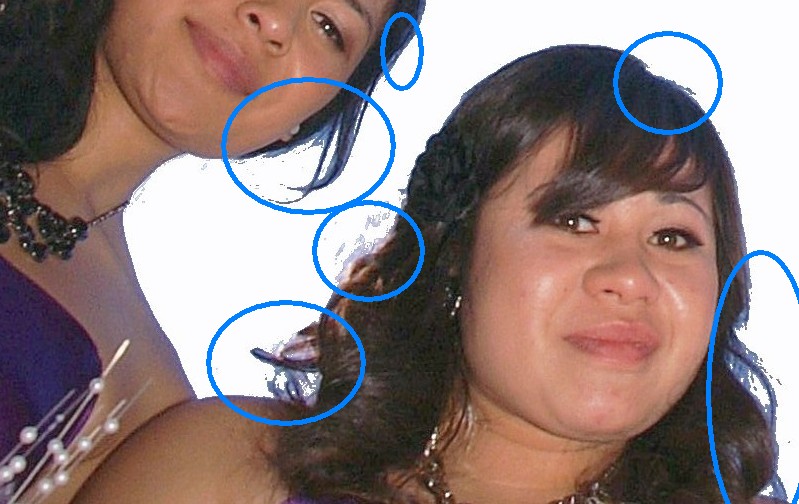 *. Not having a cloud growing out of the bride's head would be preferable. The flowergirl could do with some more face. Shots like these are usually popular after the event but usually require quite a few attempts if double chins and looking-up-noses are to be avoided and reasonable symmetry and OK facial expressions are desired. This may have been an interim version - it was the first example that came to hand when needed. when needed.

I can't talk specifically about self portraits, but I have had some success using camera mounted bounce flash and a bed sheet. Put my results next to those from a professional studio and the difference is clear, but on their own they stand up fairly well. If you have access to any sort of off camera lighting you should be able to do better, as others have stated, by putting more light on the background.

Not the answer you're looking for? Browse other questions tagged portrait technique background low-budget or ask your own question.