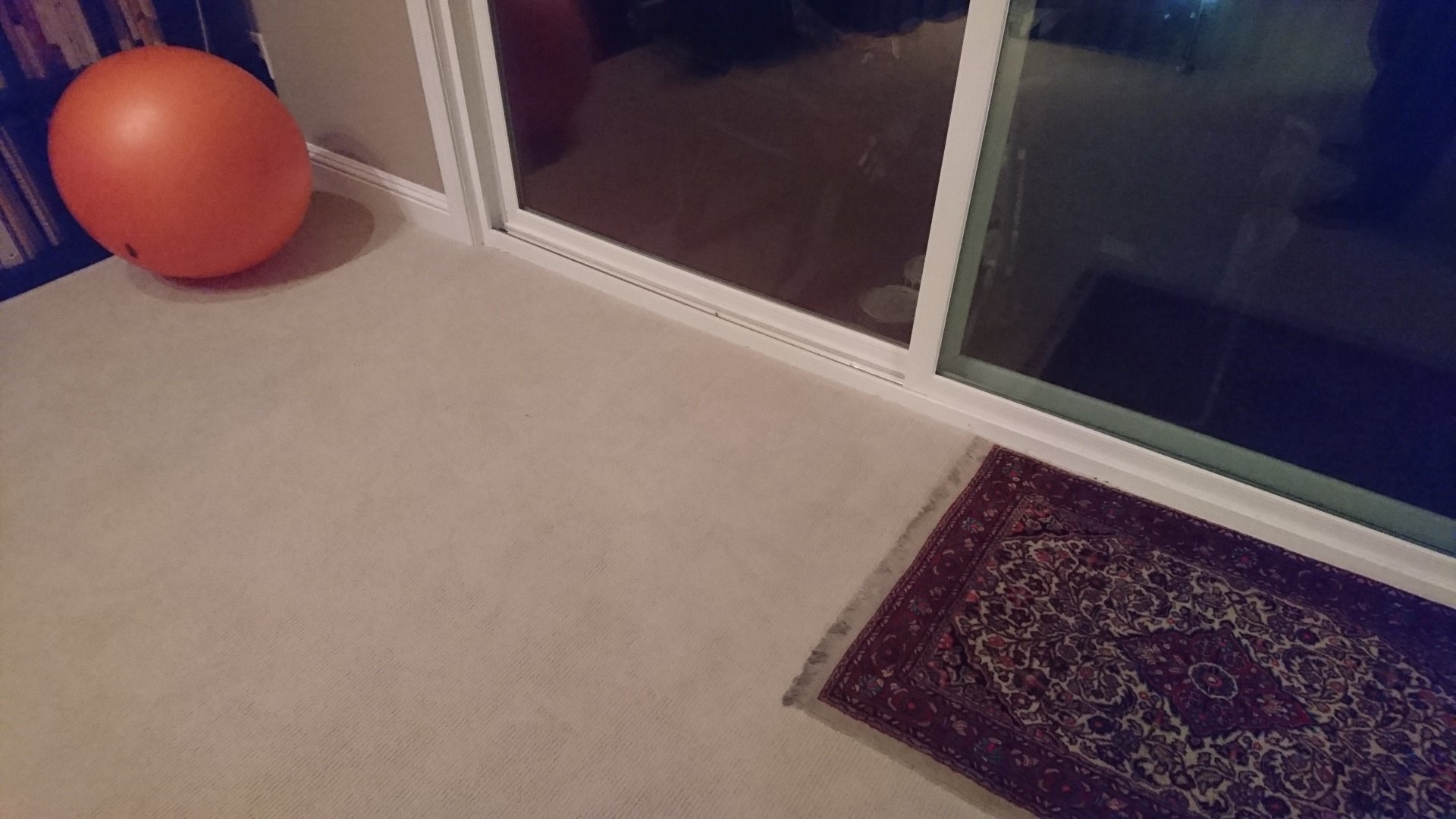 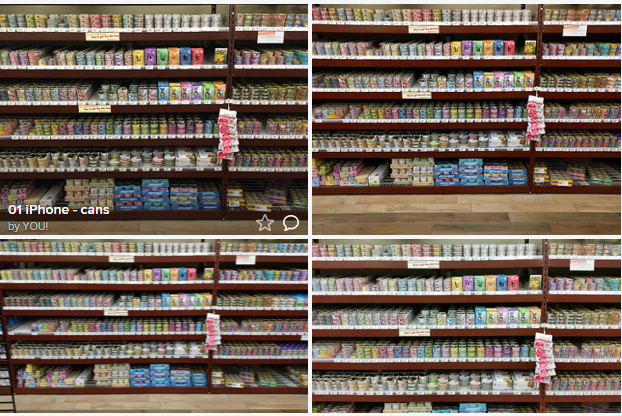 Automatic distortion correction of the sort done in post=processing should be relatively fast because the camera parameters are fixed, and the code could be highly optimized in the camera firmware.

But even if correction were slow, it could be queued up for later, yet still automatic. Why isn't this done? Pictures are starting to look rather ridiculous in the last crop of wide-angle lens smartphones, and the problem applies pertinently to the one most common types of photos: the group picture. 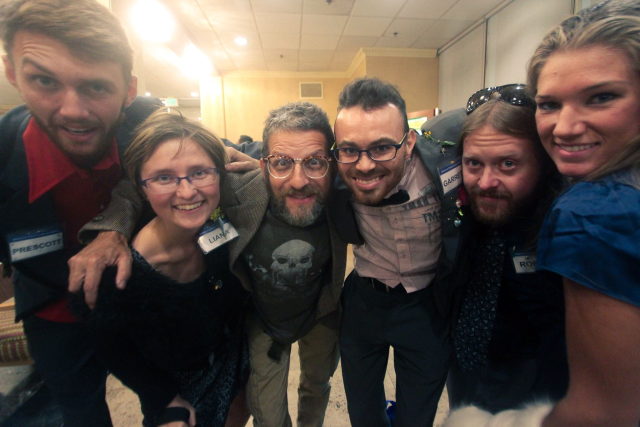 The first phenomena illustrated with photograph of a ball and partially with a group photograph of people is resulting from incorrect viewing of the image.
The optical behaviour of your objective is called rectilinear mapping and it is concerned as benchmark of optical behaviour: all lines are preserving their straightness on the final photograph:

If you placed a number of straight lines around the ball you could find out that all of them are straight on the photograph. This is not geometrically possible if you want the ball to be round on the image and be placed anywhere except the center of the image at the same time.
However, there is a way you can fix it: you can view your image at such a distance that it occupies same angle of view as in real life.
For example, an uncropped image recorded using 21,5mm 135-equivalent rectilinear objective reproduces 90 degrees of sight across the diagonal (the focal length is one half of the 135 frame diagonal). If you view that image at distance equaling one half of the image diagonal with one eye closed you will see no irregularities from what you could see in person with one eye closed (except the monitor limitations). If you use this trick given that you know the equivalent focal length of your objective you can see a circular ball (or you can move closer to the LCD until the ball is circular). If would be almost impossible for images taken with too wide objectives because monitor would not show you good image (either too dark or something worse if it is too old) at that angle of view (consider corners which are viewed at the biggest angle in this case).
This is the only way to view images without any geomteric disrepacies, and fisheye objective (aka objective with strong barrel distortion) will not even allow you to use this trick without a correspondingly curved monitor.
You could notice that not a single photo looks ok when you are viewing it at wrong angle. The ball is not circular because of similar thing: you are not viewing it at a correct angle. You cannot fix any given image so that it looks natural at any viewing angle/distance.
No geometric forms other than ball are different: you cannot represent them with a flat photograph without telling how to look at it, same refers to people faces on the third photograph (but those faces are trickier because their appearance is affected by the second phenomena too).
Here is a simple proof: I photographed ball displayed on my monitor from the correct angle.

The second phenomena illustrated with second image is a very fundamental property of all compact imaging systems and it is called perspective.
Cameras were created to simulate human vision. If we were bees our cameras would simulate bee vision instead but it is not the case. Most of cameras produced and human eye follow pinhole concept: there is an imaginable point in reality (the centre of entrance pupil) and a vector attached to it (camera direction) which correspond to each image taken.
Scheme. Every object which occupies given number of blue lines will have same size on the image plane. Every flat object placed in the object plane will occupy same space even if it is moved around. Cameras are not sensing the size, they are sensing the sectors occupied by objects and their angular positions. See the following image: the closer object of the same size occupies more FOV sectors.
The number of angle sectors which object occupies depend on how far it is from entrance pupil plane in inverse proportional way. Whenever you select your object and select your viewpoint you are fixing distances from objects to viewpoint and every object will occupy the space on the image plane which corresponds to the number of angular sectors it occupies.

6
Why the faces in the corner tends to skew a bit in almost all smartphone cameras
4
Why doesn't the GoPro automatically correct for the fisheye distortion?
7
How to make lens correction data for Samsung S8 in Darktable?
1
Understanding Lens Viewing Angle and Focal Length Relationship
4
Is there a sweet spot in distance to a subject when shooting with an ultra wide angle lens?