How was the very two-dimensional perspective effect done in this National Geographic lake photo?

I saw this photograph by Ben Leshchinsky: 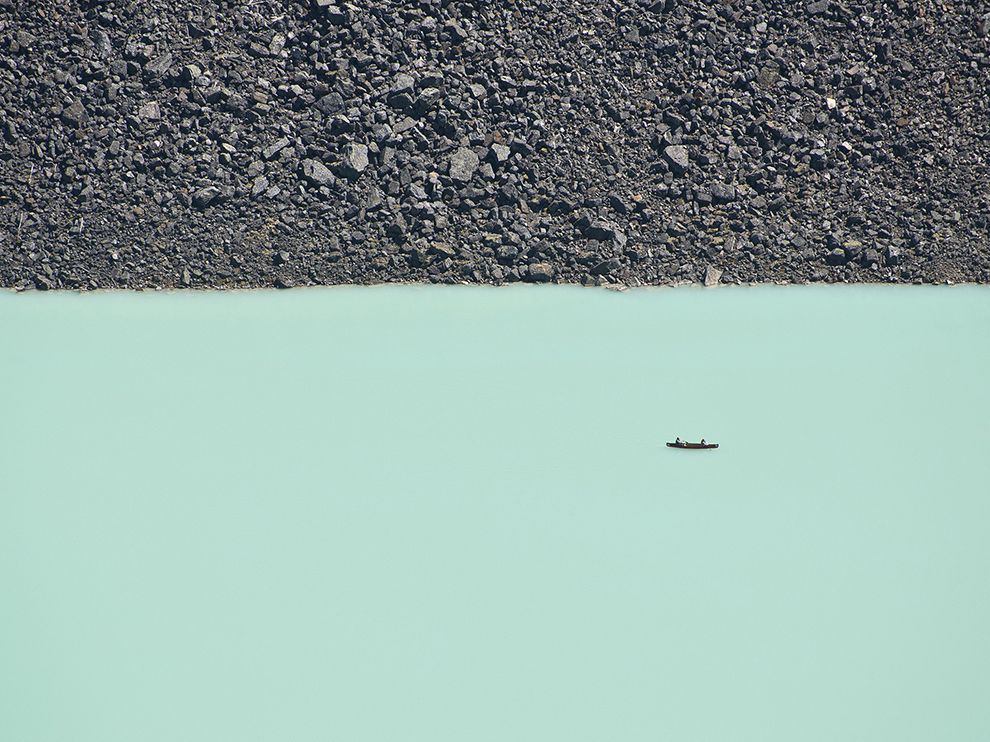 I understand that the photograph was taken from a high vantage point, but the rock face seems to be like a wall. What is disorienting is that it seems the background is "folded" over.

I have seen some other photos that use this technique too: 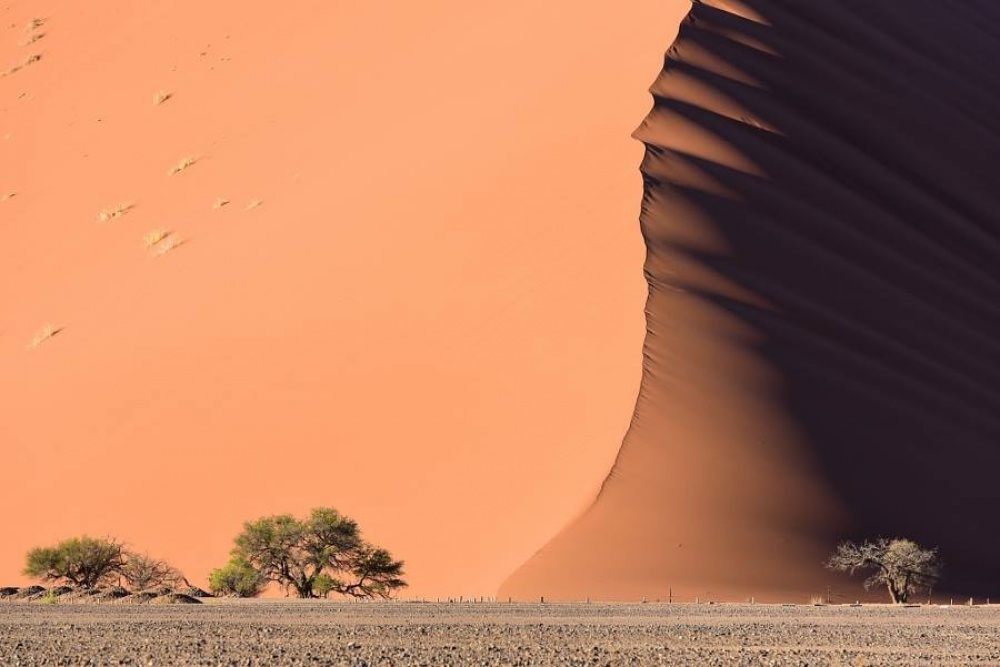 How is this done?

Looks like a very long lens to me, as the perspective looks very compressed.

It's often used on rows of picturesque houses hugging a hillside to make them all look like they are in the same plane, giving a very "painting-like" effect.

It's an effective artistic trick because as you've noticed, it looks very unlike what you would see with the naked eye.

EDIT: The wider crop of the desert image in the comments shows that if the landscape itself is weird enough, any photographic technique will make it continue to look weird :)

In fact, cropping will give an identical effect to a long lens, although obviously with a reduction in pixel resolution, which will be pretty dramatic if you are trying to duplicate the effect of a very long lens.

The bottom one was just taken with the camera near to the ground: the trees are in a dry riverbed that is below the plain, and behind is a dune that can be over 100m high. It looks like it is taken in the Namib desert, Namibia. No special 'tricks' are needed.

Perception is a mental activity that uses organized inputs. If the input received is not clearly organized, then the mind takes over and creates a most plausible organization for it before perceiving. In this instance, the high altitude, lack of perspective and clear sense of scale, the transition from the monochromatic ground to color water area do not seem to provide sufficient organized input and the mind is perceiving it as something sensible. I discussed a similar set of questions when a collection of my photographs were published in LensWork Magazine. The photographs were taken from commercial airline windows with an infrared camera, the lack of scale and what I called "minified" features made the mountains look like skin texture under microscope and the rivers like athletes veins. If you are curious about the collection, visit http://goo.gl/7q91Dr or do a Google search on "infrared earthscapes." You will have similar sensations due to the ambiguity of the stimuli.

It is clear to me that both of these IMAGES are a combination of more then one photo combined to create an unrealistic perspective that challenges our brain to make sense of what we are seeing.

Not the answer you're looking for? Browse other questions tagged perspective or ask your own question.

5
How to calculate the viewing distance giving natural perspective?
8
What is ideal distance to subject for head and shoulder portraits?