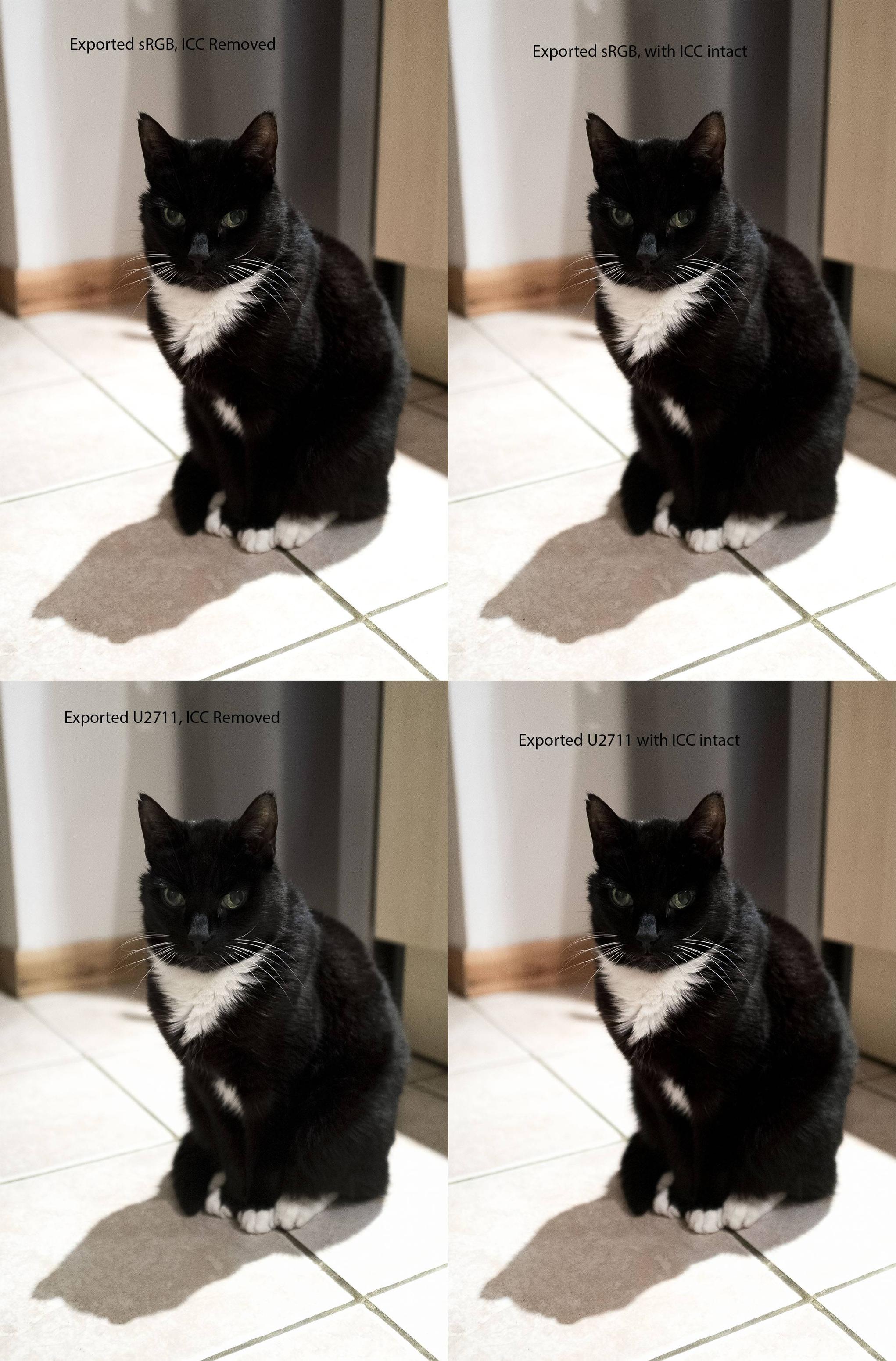 13
How can I ensure proper color rendition with browsers on wide gamut displays?

6
Why do JPEGs only look right when exported from Lightroom in sRGB color space?
3
How do I work with color profiles in Windows and Photoshop to get the correct saturation and appearance?
10
Does embedding an ICC profile into an image actually embed the entirety of that profile into an image?
5
Oversaturated colors in Chrome (V43) on wide gamut monitor
1
Colour spaces accross different monitors
0
lightroom photo export with sRGB profile
2
After soft-proofing in Lightroom, which color space should I embed with the exported JPG?
6
Why are image colors inconsistent in different applications after monitor calibration?
0
Same sRGB image different colors in Lightroom, Windows, Web and Android
1
Colors look different after exporting from photoshop even after Calibrating my laptop