How can I link a Mamiya 7ii with a Yongnuo YN-560III and suitable Yongnuo RF transmitter?

I own a Mamiya 7ii camera and would like to use a flashgun mounted on stand with an umbrella and trigger it from the camera, manual only. Would the Yongnuo YN-560 III and a suitable Yongnuo transmitter work? If so, what model transmitter?

Note: the hotshoe on the camera only has a single contact.

The YN-560tx transmitter is a perfect match for a YN-560 III flash as it will allow you to control the flash power settings right from the camera.

It comes in both Canon and Nikon versions but should work just fine on your Mamiya. 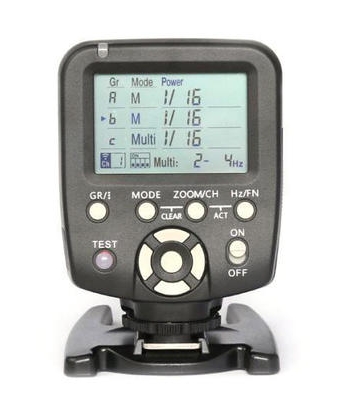 Yes, you can certainly use a YN-560 III off-camera from the Mamiya hotshoe in the way you envision with a Yongnuo transmitter. The single pin of the hotshoe simply means you can't use any TTL options and must go manual only.

The YN-560 III, btw, has two successor models: the YN-560 IV and announced (but not yet released) YN-660. They both offer a built-in RF master transmitter, as well as a receiver. The Mk IV can control three groups. The YN-660 will control six groups, and has an updated physical UI (dial instead of four-way buttons). For the stated purpose, here, however, there are no additional advantages to these later models.

Not the answer you're looking for? Browse other questions tagged yongnuo mamiya or ask your own question.

2
Can I trigger a Yongnuo 560 III off-camera flash from Yongnuo RF-603II triggers on two different bodies?
1
Nikon D5100 and Yongnuo RF603N II hot shoe issues
0
Yongnuo YN560-TX N + YN-560 IV Flash + YN-568 EX Flash
1
How do I get a Yongnuo YN-565 EX II and Yongnuo YN-560 III to work together off-camera?
1
What TTL flashes will work with a Yongnuo 560IV?
1
The combination of transmitters to fire AND control Canon 430EX III-RT and Yongnuo YN-560 IV
1
Why can't I trigger my Yongnuo flash with my Yongnuo transmitter?
3
Universal wireless radio transmitter that can trigger Elinchrom studio strobes, Yongnuo speedlites and Godox flash
1
Can one YN600EX-RT II act as a transmitter only for another YN600EX-RT II?