Why do I get inconsistent results with Canon ETTL flash?

When using any flash I have ever bought on whatever camera I ever had I get inconsistent results. So I am assuming it is my lack of knowledge. I am now using the canon 6d and a 600ex-rt flash on camera. ETTL auto on everything or sometimes I use manual.

My results vary. If I use my 24-70 or my 70-200. It doesn't matter. I will shoot a photo of people dancing in a dark room using ambient light and a flash. They will either be super blown out or super underexposed. When shooting up close the images is super under exposed. I say It is user error since it happens with whatever camera and flash I am using. Here are some samples.Also my color balance is ALL OVER THE PLACE. 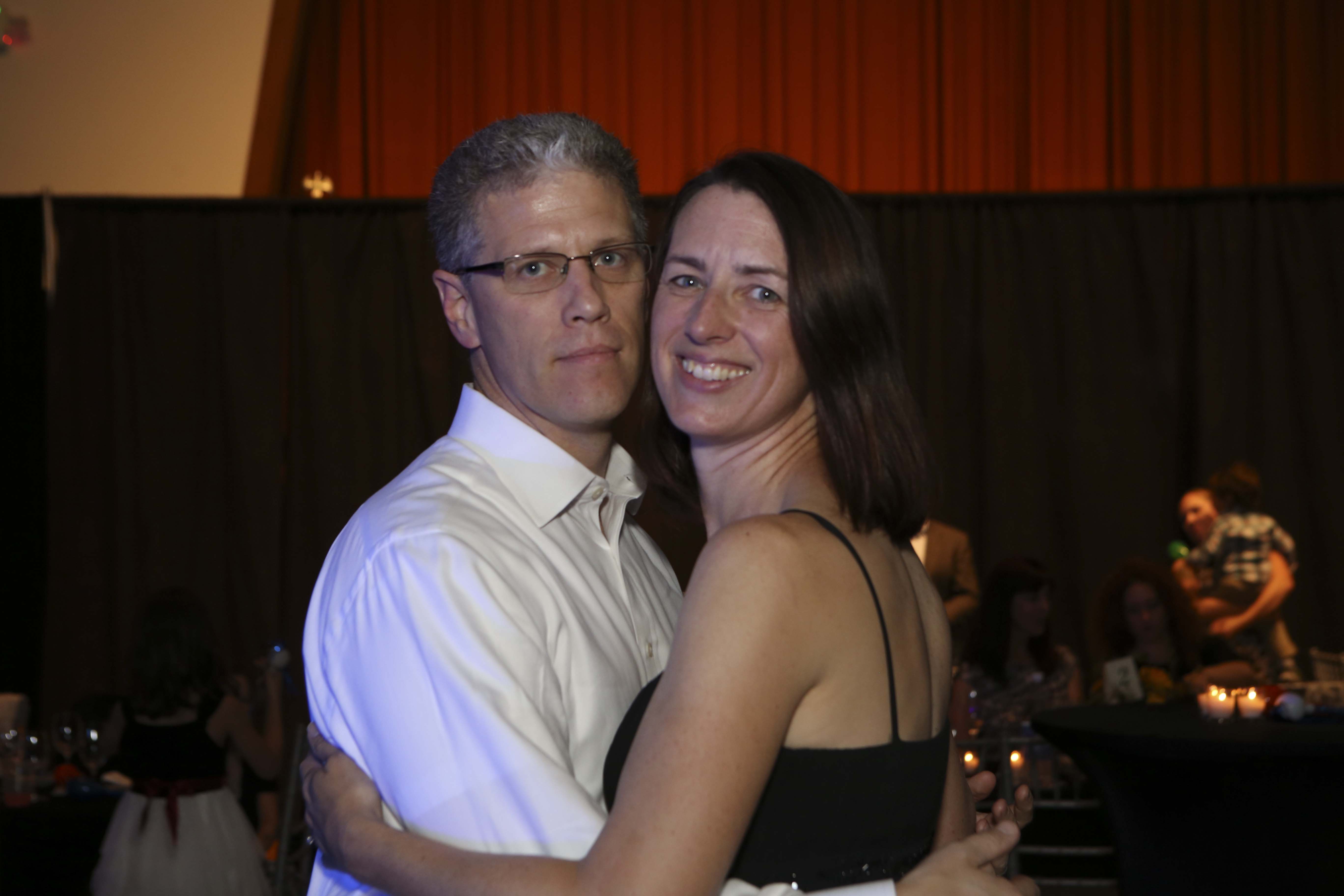 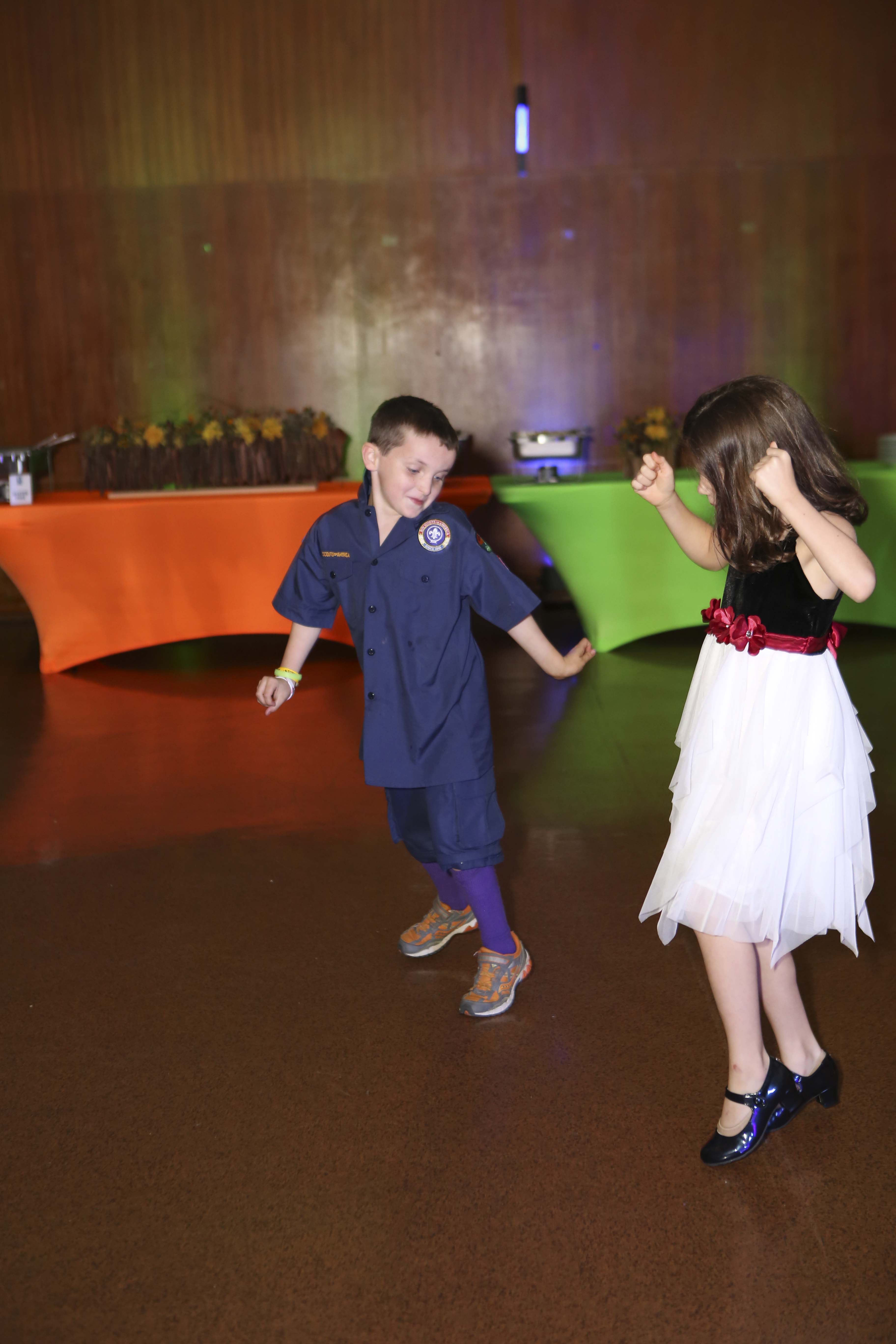 The example photos you posted look fine to me, both in terms of exposure (which is easy to judge) and color balance (which is more difficult to judge).

Color balance is always hard to get right when you shoot with mixed light sources, such as for example ambient and flash, especially if they provide a similar level of illumination in the final composition. For equipment and situations available to happy amateurs, this is just something we have to live with, and try to compensate for (usually, but as pointed out by inkista, not always) in post-processing. Shooting in RAW (if supported by the camera) can help here by not forcing you to pick one specific white balance setting in the camera, allowing white balance adjustment in post. In extreme cases you can then even bracket white balance settings if needed for different parts of the image (for example, an outside window illuminated by sunlight and an indoor scene illuminated by flourescent lights).

There are no obviously blown-out parts of your example images (even the girl's white dress is largely correctly exposed, and has enough texture that even a quick application of Levels on the JPEG posted brings out slightly more detail), and even the histograms look pretty good (the left histogram is for the adult couple photo, and the right is for that of the children; both are linear histogram views, which should roughly match what your camera would show): 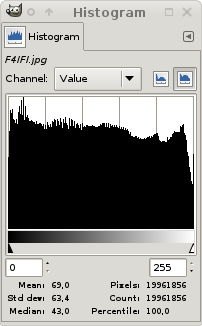 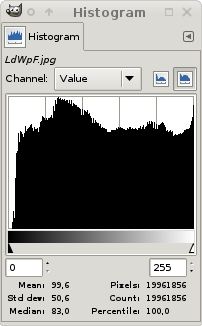 (Remember that the histogram plots each pixel value on the horizontal axis, against the number of pixels with that value on the vertical axis.)

Normally you want to aim for the histogram to taper off toward both the highlights and shadows end, whereas these only taper off on one end each. However, in this case, I would argue that that's not a problem, at least not by itself. (Keep in mind that rules of thumb are great, but you are allowed to break them; even more so than rules of non-thumb.)

The number of pixels at either extreme value (0 and 255, since this is 8 bits per channel) is trivial, which is another indication that outright over- or underexposure, even of portions of the images, is not a problem in your case. In case of over- or underexposure, the histogram would show a large spike at either extreme value, either in a single color channel or in the combined "value" channel.

There are two possible explanations that I can think of:

Any time you rely on an automated metering-based system to handle exposure for you, you're going to get inconsistent results shot-to-shot, because the scene change and the exposure changes. In addition, we don't know how your camera is set, and flash behaves differently depending on the camera mode as well.

In M mode, the assumption is you know what you're doing and the camera won't interfere with how the flash is set.

In Av and Tv modes, however, the assumption is that you want flash for fill, and that you're balancing the ambient (non-flash) light against the flash so that the majority of the light will come from the ambient. You can nix this behavior in Av mode by messing with the custom settings and nailing down a faster shutter speed in Av mode. But in general, exposure settings will be very close to those you'd use without any flash at all, and only a little bit of flash illumination. This could be why your first image seems underexposed.

In the P mode, the flash will behave more like you probably expect it to from experience with built-in flashes on P&S cameras. In good light, the assumption is that you want the flash for fill (i.e., to "fill in the shadows"), but that in low light, you want to use the flash as your main source of illumination. In this case, you tend to get an image much more like your second one--where the majority of the light in the scene is coming from the flash and not so much from the ambient.

As for your white balance being all over the place--yes, this happens. Flash tends to be a different color from ambient lighting. Typically cooler/bluer. With mixed color light sources, it's difficult to white balance easily and simply. The method to get around this is typically to "gel" the flash--that is to put a colored filter over the head of the flash, so that its light more closely matches the color of the ambient lighting.

See also: How can I get started with a first flash gun? And the neilvn.com (Neil van Niekerk's website) "Tangents" blog, most notably the "Flash Photography Techniques" section.

Not the answer you're looking for? Browse other questions tagged canon flash exposure white-balance or ask your own question.

9
How can I get started with a first flash gun?

10
Inexpensive flash with full ETTL support
9
Why am I limited to 1/100th of a second or slower with 5D Mark II, 600EX-RT, and ST-E3-RT?
3
What could cause severe under-exposure when using a Canon 5D Mark III with Speedlite 600EX-RT with Evaluative E-TTL2 metering?
3
Why is my Metz 58 AF-2 using long shutter values when my Canon 60D is in Av mode?
2
How do I set up off-camera flash for wedding receptions?
5
Inconsistent exposure with same settings--why?
1
Why does this happen: objects which are surrounded by brighter objects appear darker?
5
Yongnuo YN-685 underexposure issue in bounce mode at longer focal length
1
Unable to trigger my Speedlite YN565EXIII via optical trigger using a Canon 750D (Rebel T6i)
2
Why am I getting underexposure bouncing a Neewer flash from the ceiling on a Canon camera in TTL mode?