However, to take "full body portraits" & "family or group" both with good background bokeh, I am planning to buy one of the following compatible lenses, please suggest me which of these should i buy, to get the type photos i desire to take?

Also, should I care about Image stabilization & Auto Focus features, i get in above interchangeable lenses?

Here is a sample shots, i found from internet for full body portraits & group shots with very good shallow depth of field, 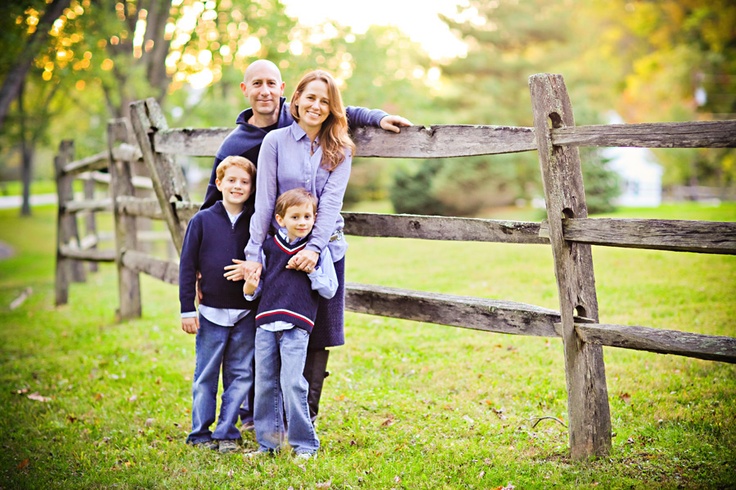 The original image you highlighted appears to me to have been taken at around 150-200mm (FX equivalent), from the flat perspective and limited depth of field it's showing. The second one - not quite that long, probably 85-135ish I'd guess. Remember that depth of field decreases with increased focal lengths as well as wider apertures.

Now, for a group shot with a long lens like that you need space - that photo certainly couldn't have been taken in the space available in most homes, you'd just need to be too far back.

If I wanted a basic starting point lens to let me get portraits like the image you've highlighted, I'd pick up something like a 50-200 or 70-300. In decent light it'll be quite sharp enough, it'll let you get the sort of depth of field and perspective that your image shows, and they're cheap, light lenses so easy to work with. If you're set on primes - from that list an 85 f/1.8 will get reasonably close to the look you've highlighted (particularly on a crop sensor camera), it's just more expensive and less flexible with fairly minimal practical advantages in this case IMHO.

50mm becomes 80mm, which is often too long for full-body of even one person.

You would want 24mm or 35mm, among the ones you listed.

The biggest problem you're going to face, really, is that wide lenses and thin DoF are diametrically opposed. So is subject distance. And group shots require being farther away, and a shorter lens. Blurring the background at all--even at wide apertures like f/2 and f/1.8 are going to be tough under those conditions.

Your best bet is probably to get an 85/1.8, force everyone to stand REALLY still for a long period of time, and to learn how to make bokeh panos (aka the Brenizer effect), or use specialized software to blur the background in post. Because conventionally, what you're envisioning is not easy unless you're shooting medium format or larger.

See a photo I shot with a 50mm f/1.2 wide open on full frame, but taken from a distance of ~15 feet. And note the lack of blurriness in the background.

On this site we normally do not recommend any products. That is off-topic here.

I will just give you a basic guideline.

There is a chance a tilt lens helps.

That can achieve a similar effect with a wide angle lens. Use it very subtle or the look is like you are photographing a miniature.

If you expect a lot of background blur from wide angle shots, then I'd suggest you forget that idea.

If you want a lot of background blurring for one or two people shoulder-head shots, where it is most effective and most useful, then consider a 50mm f1.8 lens, which you should even find cheap used. It's a good value choice for that purpose and it's my focal length choice for my own Sony NEX F3 ( same mount as the QX1 ) and DSLRs for those type of shots. When not using a 50mm f1.8 I invariably use a general purpose zoom, similar to a 16-50 or 18-55.

But do not under-estimate what is possible with a kit lens ( a 16-50 would suit you, perhaps ). The larger sensor of the QX1 and A6000 are what is giving you some better background blur effects over a smaller sensor system.

I would say to you that while the QX1 look like a nice gadget on paper, in practice using an ILC implies changing lens, and changing lens means being able to practically use other lenses with your camera. The QX1 attached to a phone simply does not provide you with the needed handling.

An A6000 has a good viewfinder, is designed to be held using the viewfinder ( important for stable shooting and proper framing ) and also has features like focus peaking and good controls for photography. If you are going to do photography, get a decent tool for the job, not a gadget.

I would add that if you get into photography, a QX1 will seem like a dead-duck very quickly, whereas an A6000 ( or similar ) would prove much more useful.

So I'd at least consider getting a dedicated camera.

Not the answer you're looking for? Browse other questions tagged sony bokeh aps-c or ask your own question.

47
Which focal-length lens is usually used for portrait photography, and why?
36
What is “bokeh panorama” (also called the “Brenizer method”)?

4
How can I get the same image with the same 50mm lens on both FF and APS-C?
5
If I have an 85mm lens for portraits, is a 50mm useful as well?
7
What are the techniques for taking portraits using a tilt shift lens?
2
Is 24mm F/1.8 Prime lens blur bokeh is good (not distorted face) for portraits
13
Do I need a full-frame camera for low-light photography?
1
Can I use Canon EF-S lens designed for crop sensor with a full-frame Sony E mount camera?
2
Can I adapt/use a crop lens on an full frame body without vignetting?
2
How do I obtain sharp images on full body portraits?
0
Is it beneficial to use full frame for blurred background?