How do you remove a film back from a Mamiya 645 Super with no darkslide?

Just got a Mamiya 645 Super with two film backs but have run into a problem.

So... How can I either a) remove a film back that has no darkslide on it or b) remove a darkslide w/out it being attached to the camera?

Figured it out, there is a tiny black button (that looks like a screw) next to the bottom right screw in this photo, that is the button to press to release the slide. I kept pressing the giant button in the upper left thinking that clearly had to be the release :p 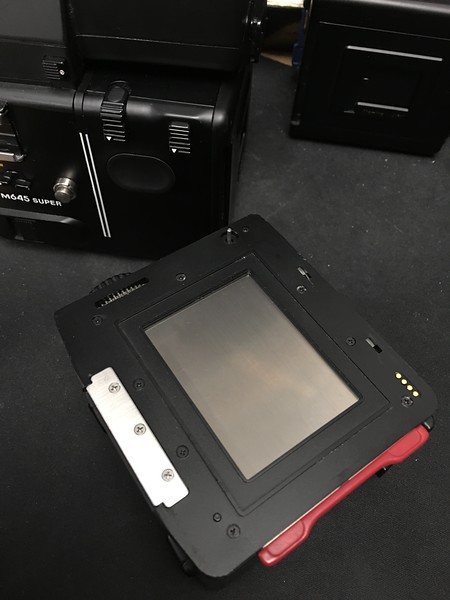 Not the answer you're looking for? Browse other questions tagged film repair medium-format mamiya or ask your own question.

10
Medium Format Scanner
3
How do I test if my Mamiya RZ67 is working?
1
Where can I get replacement parts for a Mamiya RB67 film back?
1
Camera bag for a Mamiya RB67 ProS
1
Rewind button stuck - is it essential?
3
Light leaks in RB67 film handling?
2
film recommendation for Mamiya 645 AFD, landscapes
1
connection problem lens – Mamiya 645AFD
5
First film roll just got developed and all my pictures have a white fog on them?
0
The film in my film camera won't rewind. 31 frame flashes intermittently