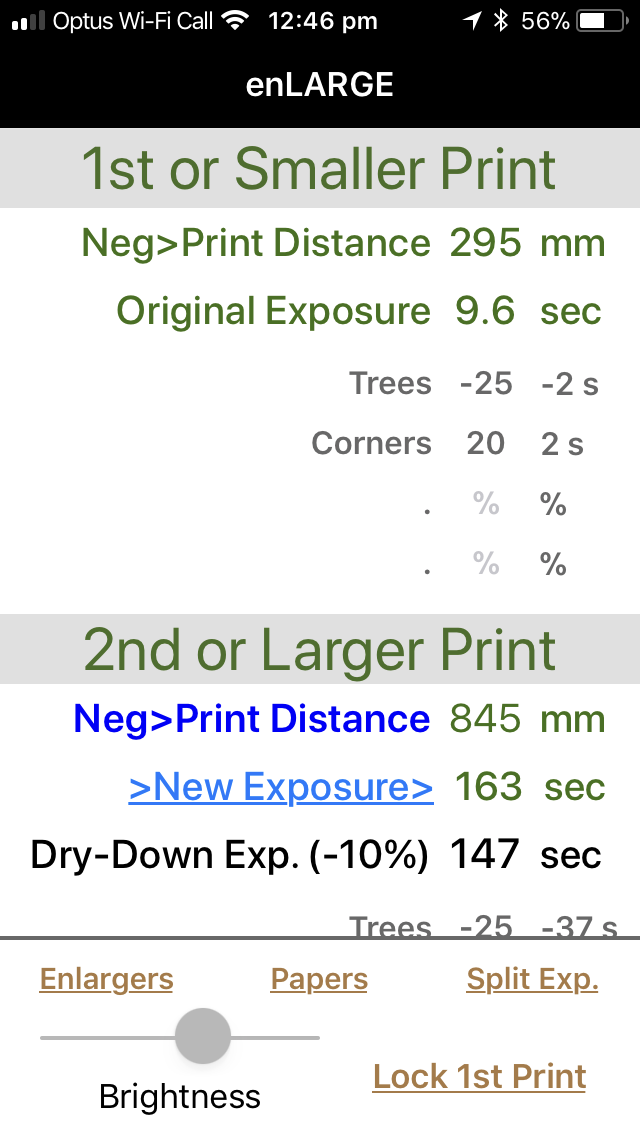 8
Can leaving a print in fixer too long cause damage/staining?
20
Is there a formula to calculate DOF?
2
Using a set formula to measure distance in a photo but the answers are coming out much smaller than expected?
0
When to use the LV formula?
3
Calculating exposure when using ND Filter during/after the sunset or sunrise
2
Enlarging - how to increase exposure time without closing the aperture too much?
2
Calculating snow exposure with a spot meter
2
When producing prints in a darkroom, should I aim for the longest possible exposure time?
4
What differences can be expected when using enlarging lenses for general or macro photography?
2
6x6 enlarger for 35mm prints