Why is FF sharper than crop body for the same framing of the same object?

Take an FF body and a crop body, with similar MP rating - and the FF body will give a sharper image of the same object. At least, that seems to be the case - as here:

I assume a low ISO was used in both images.

Why does the FF body, with the same lens and almost the same MP, give an image that is so much sharper?

My best guess is that the diffraction / airy still play a role, and the larger pixels reduce effective overlap - thus increasing contrast/sharpness by displaying less of the neighboring diffraction, as below? 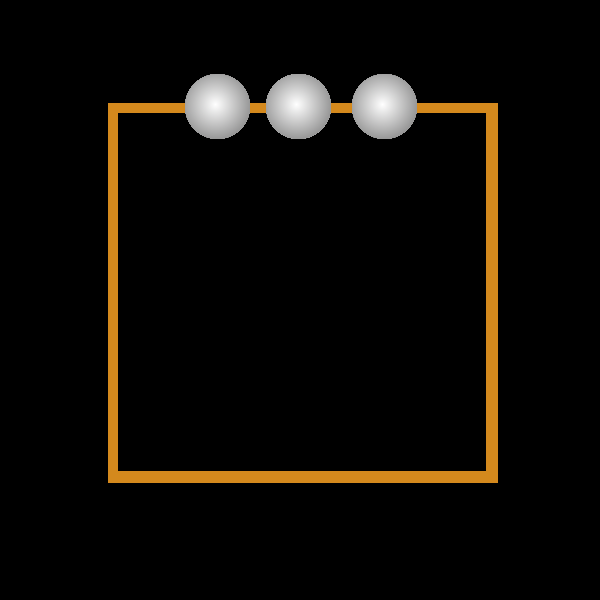 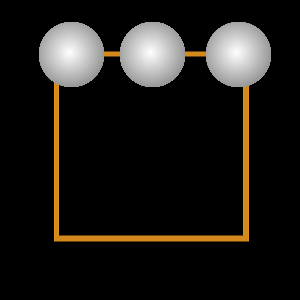 It is primarily the difference in the varying subject distances and magnification ratios and how they interact with the resolution limits of the lens.

The effects of diffraction and sensor blooming, though measurable under laboratory conditions, are more subtle. If an image is taken below the diffraction limited aperture for a particular sensor and there are no fully saturated pixels then those effects will be demonstrated much less in the resulting image than if it is taken at an aperture above the DLA and with a significant number of fully saturated pixels.

To fill the frame with the same flat test chart one needs to shoot at a 1.6X greater distance with the crop body than with the full frame body. If you use 10 feet for the full frame body then you must shoot at 16 feet with the crop body. What you are not increasing, however, are the number of lines per inch (as projected onto the sensor) that the lens is capable of resolving. The image of the subject cast by the lens is smaller at 16 feet than at 10 feet, and so the lens' resolution limit is wider in relation to the surface features of the subject and to the size of each pixel (assuming the APS-C and FF sensor have the same number of pixels).

To get the same display size the image from a crop body must be enlarged by 1.6X more than with an image from a full frame body. For a 4x6 print the full frame image need only be magnified at about a factor of 4.23 compared to 6.77 for the crop body image.

Even if you have both an 80mm lens for the FF camera and a 50mm lens for the crop body so that you could shoot at the same distance, you would still need the 50mm lens used on the APS-C body to resolve about 1125 lines per inch to equal the 700 lines per inch 80mm lens used on the FF body, because you are still magnifying the result by 1.6X more to get the same display size.

For simplicity's sake regarding the math, the following theoretical illustration assumes an APS-C sensor that is 1.5X smaller than the FF sensor (even though the original question is in regard to a camera with a 1.6X crop factor sensor).

You don't back up because the lens magnifies more when attached to a crop body. The lens projects the same size image either way. The reason you back up is to allow the smaller sensor to capture the same framing. This reduces the angular size of the subject by 1/1.5X in the virtual image actually projected by the lens. But you don't reduce the angular size of the resolution limit of the lens by 1/1.5X by backing up.

At 15 feet from the chart the angular difference between each line pair is 1/1.5X the angular size when the camera was 10 feet from the chart. But the lens still has the same resolution limit that is ultimately based on the angular size of the line pairs on the test chart. Line pairs per mm can only be meaningful when the distance from the lens' entrance pupil to the sensor remains constant as well as when the magnification factor from the virtual image projected on the sensor to a particular display size remains constant.

If the 1.5x crop body image of a 24K line pair chart taken from 15' is printed at 4x6 and the FF image of a 36K line pair chart taken at 10' is printed at 6x9, then the sharpness should be the same because the line pairs would be the same width on both prints. But when you print the 1.5 crop body image at 6x9, the line pairs (which are at your lens' resolution limit) are now 1.5X wider. You don't gain any additional subject detail by enlarging more, because the lens can't resolve those details smaller than the width of the line pairs. At that point you are only revealing blur.

The two effects are multiplied: pulling back for the same framing reduces the angular size of subject details by 1.5X, then magnifying by 1.5X more to display at the same size decreases the acceptable Circle of Confusion by a factor of 1.5X.

The full frame (Fx) measures 24mm width by 36mm length. The compact digital (Dx) measures 16mm width by 24mm length. To compare, we divide the diagonal measures. The Fx = 43.3mm, whereas the Dx = 28.8mm. Now we divide 43.3 ÷ 28.8 =1.5 (the crop or magnification factor). Now most associate this value as a way to compare Fx lenses mounted on a Dx, as to their field of view. Another way to use this value is how much more magnification will be required to reach display size. In other words, the compact camera image must blow up 1.5X more that its Fx cousin. This is 150% more magnification.

Separate from the image sensor size difference is the pixel count. The larger the pixel count the higher the resolution. Additionally, the larger the image chip the large the photosite. During the exposure, the photosite is bombarded with photon hits. Each hit imparts a charge. The more hits the greater the charge. A larger photosite naturally has more charge that its smaller cousin because it gets more hits. In both cases the charge is too feeble, so it must be amplified. The smaller photosite requires more amplification. Turning up the amplification induces static (signal to noise ratio). We call this static “noise”. The problem is, each photosite has an independent amplifier. Some generate more static than others. The result is fixed pattern noise. This is pixels that should record as gray but record as black.

Now the smaller imaging chip has smaller pixels that are closer together. Between each photosite is an insulating barrier. When close together, and holding an elevated charge, there is a tendency for the charge to leak into adjacent photosites. This is called “blooming”. Blooming and fixed pattern noise is why the larger imaging chip has the advantage. Time marches on and tomorrow’s tiny chips will exceed todays chips. The camera shrinks as technology permits.

2
Will I get better results from a full-frame camera if the only full-frame lens I have is a “nifty-fifty” 50mm f/1.8?
2
How do I get the best sharpness from a Zeiss Jena Pancolar MC lens?
2
Relative performance of single lens on different format sensors

10
Given the same lens, does shooting with FX cameras yield sharper results than DX cameras?
3
Is the formula for object image size given focal length, etc. independent of sensor size?
7
Why do depth of field calculators show *more* DOF for larger formats with the same lens parameters?
2
Why the photos captured from my mobile camera doesn't give a same results in same conditions?
1
Will stepping back and using an FX lens on a DX body get the same “look” as the same lens on an FX body?
0
Do I need to worry about crop factor or sensor size when comparing wide angle lenses for the same camera?
0
If I select lenses to give the same framing on APS-C and full frame, would I get the same DoF at the same aperture?
3
Why are there two different megapixel counts listed for still images from the same camcorder?
5
How can Sony A7r iii get more dynamic range than A7r ii from the same sensor?
0
Why would a webcam image be brighter in the corners, rather than in the middle?