What is the style of photography called where the objects in the photo are not relevant?

What is this style called? Non objective? Abstract?

There are similarities with abstract photography, and it's definitely true that "abstract art" is used this way in common language today, but, more precisely abstraction is the process of representing something by its general qualities. Like this:

Now, of course, there are degrees — simply masking out "Nikon F" and other brand signifiers is a first level of abstraction, and you can go on from there, and you can go past the recognizable into something a viewer might not immediately — or ever — recognize as a camera. 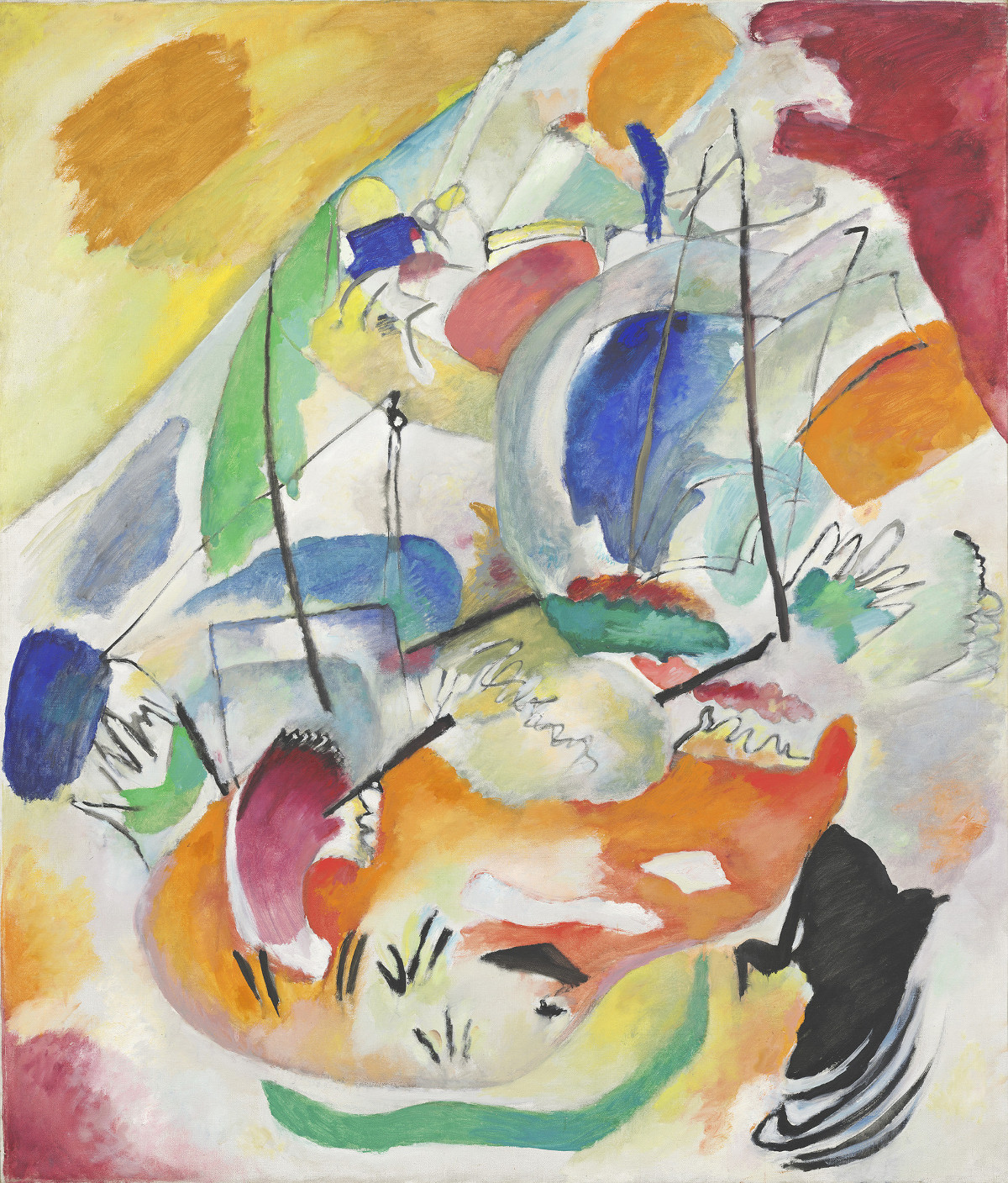 This piece, Improvisation 31, is an abstracted representation of a battle at sea — the scene is not depicted literally, but you can clearly see the abstracted idea of ships, as well as representations of hulls, sails, masts, and so on — archetypal elements which make up sailing ships, but so simplified as to not be any particular real ship. The image also depicts visually certain concepts which are themselves abstract, rather than physical — chaos, motion, excitement. (But expressionism is a different topic!)

Even if we go to what many people think of as an absolute example of abstraction, Piet Mondrian, one can trace his process from representational art to the non-representational in very much a similar process as that of decomposing the camera from the literal photograph to the archetypical diagram to a focus on the geometric lines themselves. 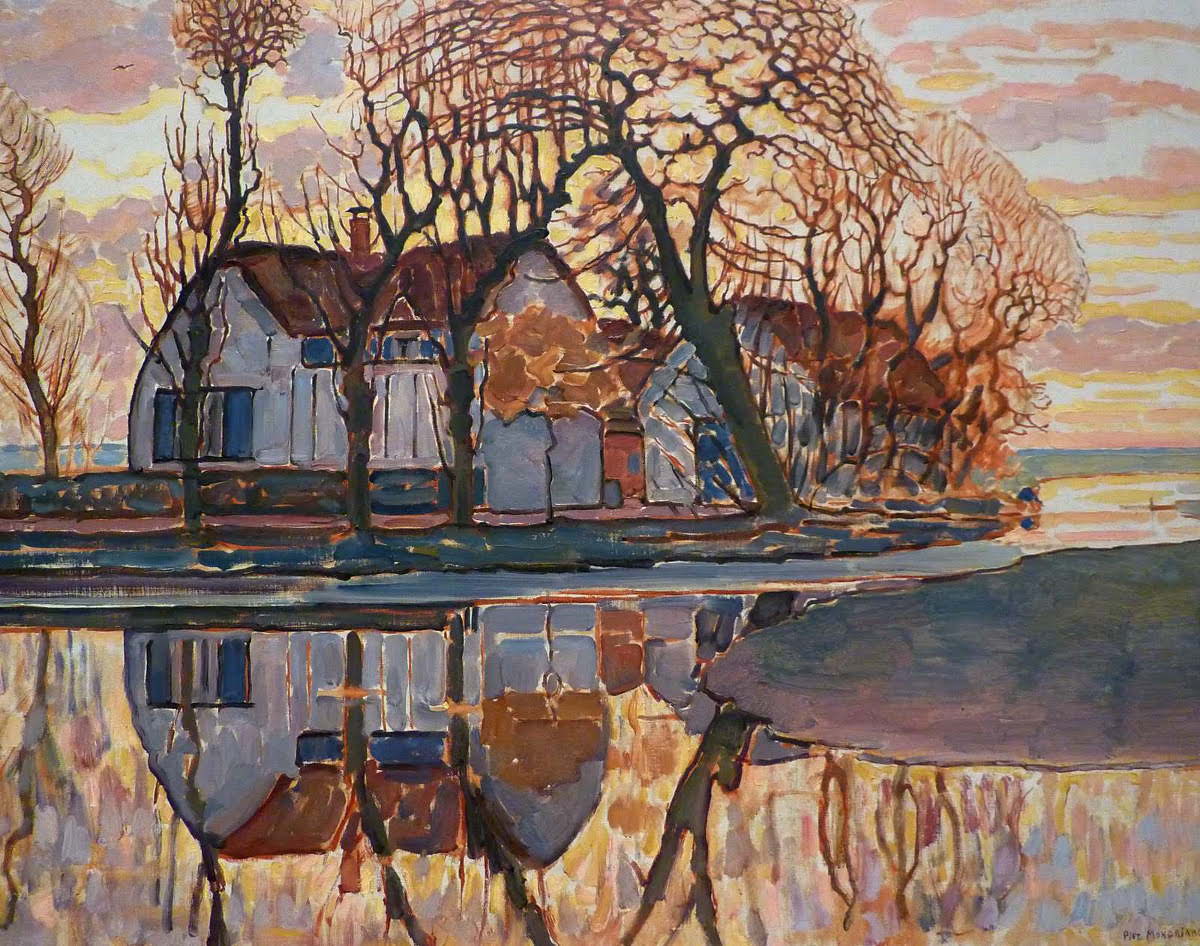 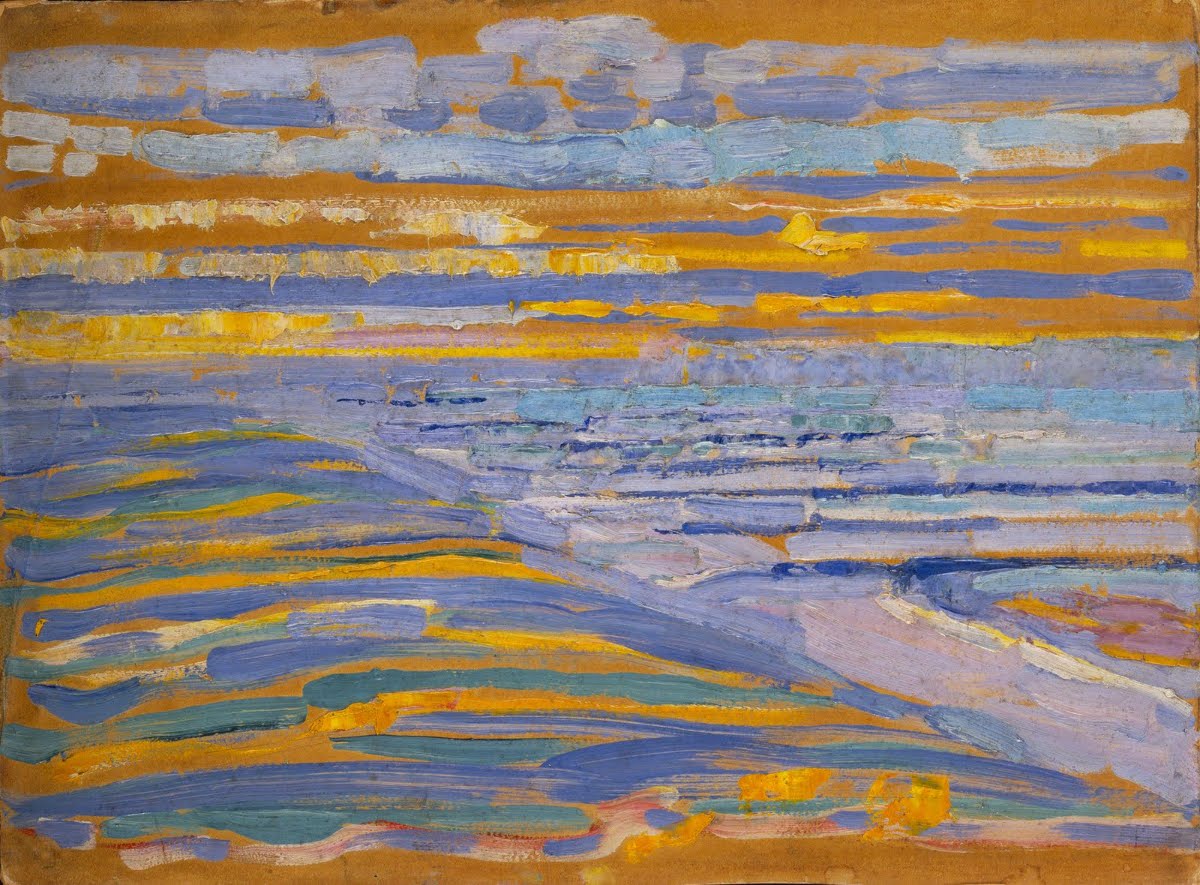 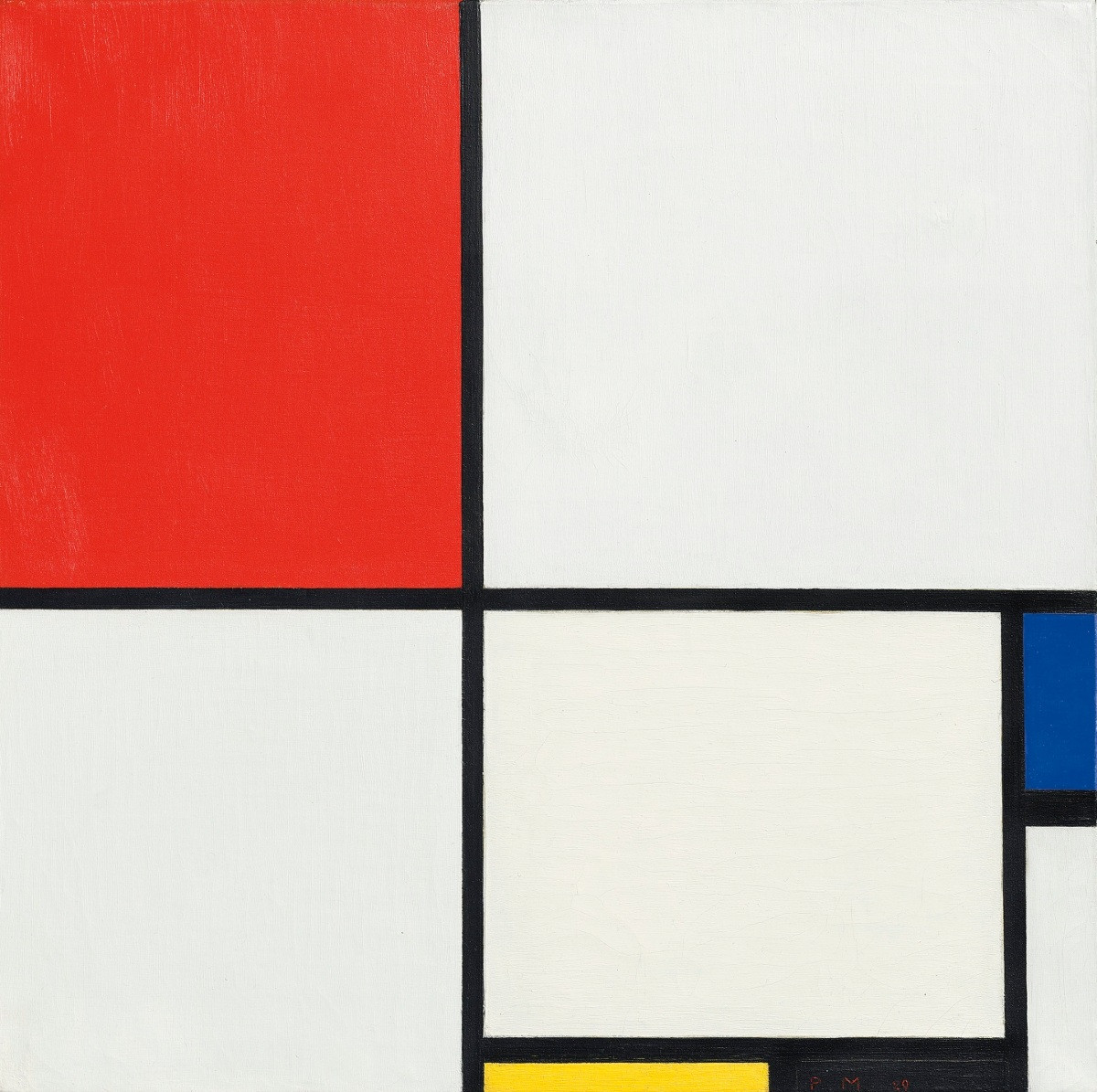 Although not the same subject matter (wouldn't that be nice, as an example!) you can see the increasing abstraction in these three examples all by the same artist. The first is clearly representational, and the second, obviously so on examination (and especially with the aid of the title — View from the Dunes with Beach and Piers.) The final image, the stereotypical Mondrian squares, appears to be entirely non-representational and focused purely on geometry and color — although conceptually it may have indeed began as an abstraction of some real scene.

In photography, of course, this is a little harder, since cameras by their nature capture the appearance of a subject. It is a tool, however, which can absolutely lend itself to abstraction — see for example Why would one shoot a fully blurred picture? (In fact, it's tempting to argue that all photography involves some degree of abstraction, as a three-dimensional, moving scene is frozen into a two-dimensional, static rectangle. I think this is very much something worth exploring in ones' own photography. Is this photograph my particular child at this moment in time, or is it a child in an activity common to children, or is it in some way all children, or even in some way a depiction of all of humanity?)

Other techniques can produce images which appear non-representational — simply zooming in on a detail or photographing from an unfamiliar angle can reduce or remove the viewer's ability to recognize the original subject. This is often what people speak of when they use the term "abstract photography", but I would argue that this is the opposite of abstraction, which goes to the general, not the details.

If you want to make truly non-representational art with a camera, you could engage in making refractographs rather than photographs — projecting light directly onto your film or sensor rather than through a lens.

It sounds to me that you are talking about an abstract photo. In an abstract image the various elements are not identifiable or at least not easily identifiable, but rather present as colors shapes, lines, etc.

A tangentially similar "style" might be "conceptual photography; a style in which the message, statement, i.e. the "concept" behind the image holds primacy over the photograph per se.

Not the answer you're looking for? Browse other questions tagged terminology style or ask your own question.

16
Can I shoot a photo with my DSLR without the lens on?
23
Why would one shoot a fully blurred picture?

18
What is the difference between luminance and illuminance?
7
What style of composition for food photography triggers people's appetite?
8
What is the effect where some objects are a single bright color but the rest is black and white?
4
Are the terms 'push' and 'pull' relevant/applicable to digital photography?
4
What is this "rushed inwards" type of photo called?
2
What is the style of photography employed by Ka Xiaoxi?
2
What is the technique called where you "simplify" a photo through reducing the complexity of colors in it?
0
What is called when two pictures are combined
0
What is the name of these images style?