How can I set up a Canon EOS camera to be a webcam?

I have a Canon EOS camera. I'm accessing a website that wants to access the camera connected to my computer. 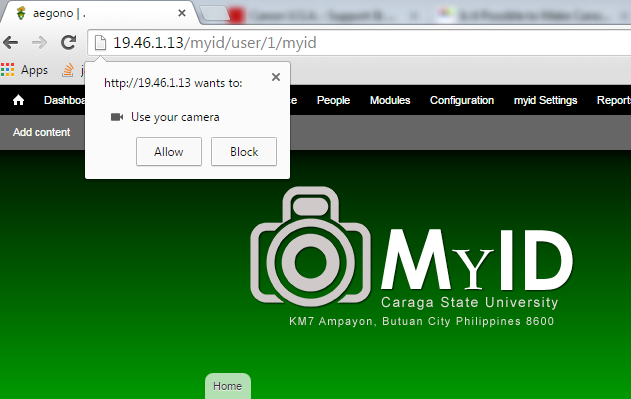 Even though my Canon EOS is connected, it wasn't detected by the browser. How do I enable it to make its display appear in the browser? 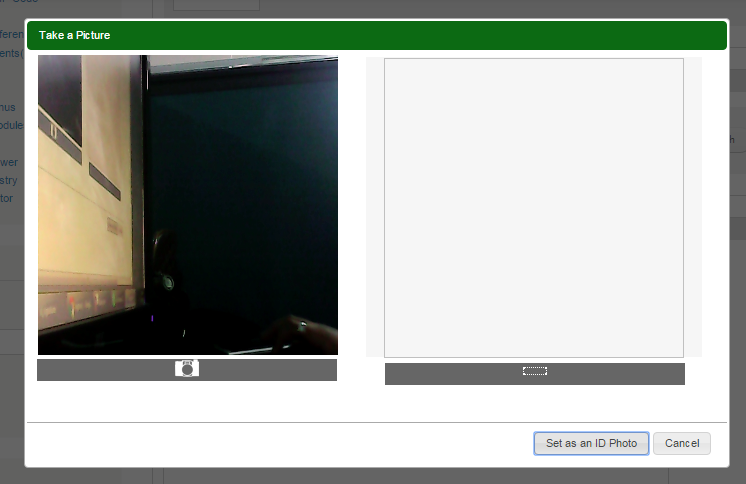 The above image wasn't captured with the Canon. It was only using a cheap web camera.

I've done this previously in Windows with a Cannon EOS 5D Mk II, and my kludgy solution was to use a combination of the live view function of the Cannon EOS Utility, and some software to turn a portion of the screen into a virtual web cam, I believe I used ManyCam for that.

Basically I connected the camera to the PC and fired up the Cannon EOS Utility then clicked Camera settings/Remote shooting. Within that I selected the Live View shoot option to display a view through the camera on the screen. (I set the lens to manual focus, and the Focus in the 'Remote Live View window' to Face Detection Live mode, that got rid of overlays on the preview image)

Then I used ManyCam to define that area of the screen as a web cam.

It helped having two monitors for this as I could have the 'Remote Live View window' on one screen, and the application I was using the virtual web cam with on the other, you'll likely be pressed for space trying to do this on only one screen.

The less kludgy solution would be to connect the video out port on the camera to a video capture interface connected to the computer, but I've not tried that personally, and it would mean purchasing extra hardware if you don't have such an interface already.

Not the answer you're looking for? Browse other questions tagged canon webcam canon-m or ask your own question.