I know grey cards work with digital, but not sure if they work with film, if they do work, will buy, else I don't see the need to buying one. Reason is that I think that all that film cameras do is adjust the shutter and aperture, the rest is up to the film's properties, but with digital cameras, there's white balance that can be adjusted.

That's what I think, pls confirm or correct. Thanks.

Grey cards were invented during the film era. Kodak film data books actually included one, bound into the book! (And that's why they were spiral-bound: so you could open them flat to expose the gray card without having an assistant to hold it open.) 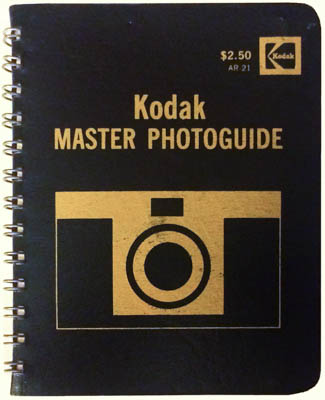 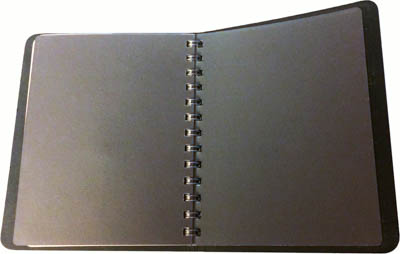 While you are correct that grey cards do not help you to achieve correct in-camera white balance on film,¹ the only reason you hear about grey cards and white balance being talked about in the same breath all the time these days is that that is about the only good reason to use a grey card these days. Modern software-controlled camera exposure meters are good enough to do everything else themselves. (And AWB avoids the need for a grey card even then, most of the time!)

Back in the film days, though, in-camera exposure meters were exceedingly primitive, film was expensive, and processing took a long time. Therefore, you wanted to do everything you could to get exposure right before you pressed the shutter release. Grey cards, handheld meters, polaroid film, etc., were all employed toward that goal.

A little history will help you understand the Gray Card:

In the mid 1930's, Messrs Jones and Condit at the Kodak Laboratory determined that statistically, a typical sunlit scene averaged out to be a reflectance value of about 18%.

About this time, the Weston Electric Company brought to market the first electric light meter. Kodak Labs publish a recommendation; place a Kodak film box in the scene. Seems the yellow box reflected 18% of the ambient light. Now measure the reflected light from the box top and use this reading to set your exposure.

In 1941, Ansel Adams, a prominent photographer and his friend, Fred Archer, a photo magazine editor, jointly published the Zone System which provided photographers with a method to precisely fine-tune exposure. Their zone system revolves around the use of an 18% placard (battleship gray). This card replaced the Kodak box top. The 18% gray target became the de facto standard. Today film and paper speed as well as the digital chip are calibrated and film and digital ISO is established using the 18% gray card.

Because of the pitfalls associated with reflected metering, a second measuring method evolved called the incident-light reading method. This method places a transparent sphere over the entrance of the light meter. The meter is positioned close to the subject and pointed backwards towards the camera. Thus, the meter measures the light just prior to striking the subject (incident old French word for about to happen).

The incident method yields the same reading as a reflected meter taken from a gray card however, it eliminates most of the pitfalls revolving where to hold and place the meter. In sunlit vistas the photographer can merely turn about and point the meter backwards at an imaginary camera. This method is highly accurate and was adopted by Hollywood camera operators because they are filming a scene and maybe a hundred thousand dollars rides on a correct exposure.

Technical stuff: When negative film is correctly exposed and processed, an image of the gray card on the film will be rendered to a specific shade of gray. This shade of gay is equivalent to a neutral density filter with a factor or 5.5, it cuts light transmission 2 ½ stops. When written as percentage this value is 18%.

Summation -- The 18% placard is the only tone that: In actuality it has 18% reflectivity. The resulting image of gray card on the negative has a transmission of 18% . On the print the image of the gray card matches the original gray card reflecting 18%.

This 18% value is the key tone or axis of the photographic system - film – digital – and lithography. This is science -- not guess work.

Sure, we can still use gray cards, but they were for film, and histograms are for digital, and these should NEVER be assumed related.

Our camera meters are pretty dang good today, so the only purpose of metering on a gray card is to simulate an incident meter, to be independent of the reflected colors of the subject (these subject colors do cause grief for our cameras reflected meters). Because any white or reflective subject will underexpose, and any black or less reflective subject will overexpose. We have to know that.

If we photograph an 18% card, it should of course come out 18%, which is NOT the histogram mid-point. However all of our RGB data happens to be gamma encoded (entirely unrelated), which makes its histogram come out about 46% (and moves actual midpoint to around 73%). But the human eye never sees gamma encoded data (always decoded first, one way or another). If you expose a test to line up right at histogram 255, and then intentionally underexpose it one stop, it will NOT be 50% as expected of linear data, but will be near 73% (because of gamma). This 73% is NOT precise, because the camera is also doing white balance and contrast and color profiles, etc. But it won't be near 50%.

A few people today (even very proficient old timers) might calibrate their light meter so the histogram on a 18% card is set to come out middle 128. That's very wrong, for all the wrong reasons (gobbledygook, based on multiple unrelated and undefined meanings of "middle"), but is only about 8% wrong, not the end of the world, there are other variations too which hide it. It just sounds so dumb to say we did it. It's wrong to put it at 46% too, because camera is busy doing other things too. B&W film didn't do that, but color is a confusion.

We can still meter on a gray card for digital, same as we did for film, but Kodak always said to open another 1/2 stop if metering on their 18% gray card, still true. Incidentally, Kodak sold this printing business in 1995, so any card marked Kodak in the last 20 years is never from Kodak.

Today, some users use a gray card for white balance, but the cards are only spec'd to reflect 18%, and have no spec's to be accurate neutral color. Not greatly wrong color, but a real White Balance card will be better. 18% is too dark for WB anyway.

FWIW, Jones and Condit showed (1941) that average scenes had dynamic range about 160, and didn't mention 18%. Battleship Gray is about 40% (goal is to be hidden on horizon). Old printing shops did use a 18% card to judge their ink level of middle gray. Ansel Adams insisted on 18% as his middle Zone V (in the 1930s... Ansel likely never saw a histogram). Kodak never agreed with him, but in the day, there was no reason to dispute Ansel. :)

But light meters (and ANSI and ISO standards) are calibrated to work to about 12%. Sekonic says 12.5%. Kodak instructed to open 1/2 stop more if metering on their 18% card (which comes out 12%).

Not the answer you're looking for? Browse other questions tagged film gray-card or ask your own question.

5
Should I be warming grey card calibrated shots?
13
Will my EF or EF-S lenses work on EOS Film Cameras?
4
Wedding cameras - disposable or ebay compacts + film
35
Why is 18% grey considered to be in the middle for photography?
1
How do you use a gray card...in the dark room?
7
With which film camera should I start?
6
Why do gray cards come with a black card and a white card?
0
What makes a camera a digital camera, and what other types are there?
7
Scanning negative 35mm: color accuracy, color balance, film bias
4
Can I use new "designed-for-digital" Leica lenses with a Leica film body?