How to shoot bright purple lights against an overall dark scene? 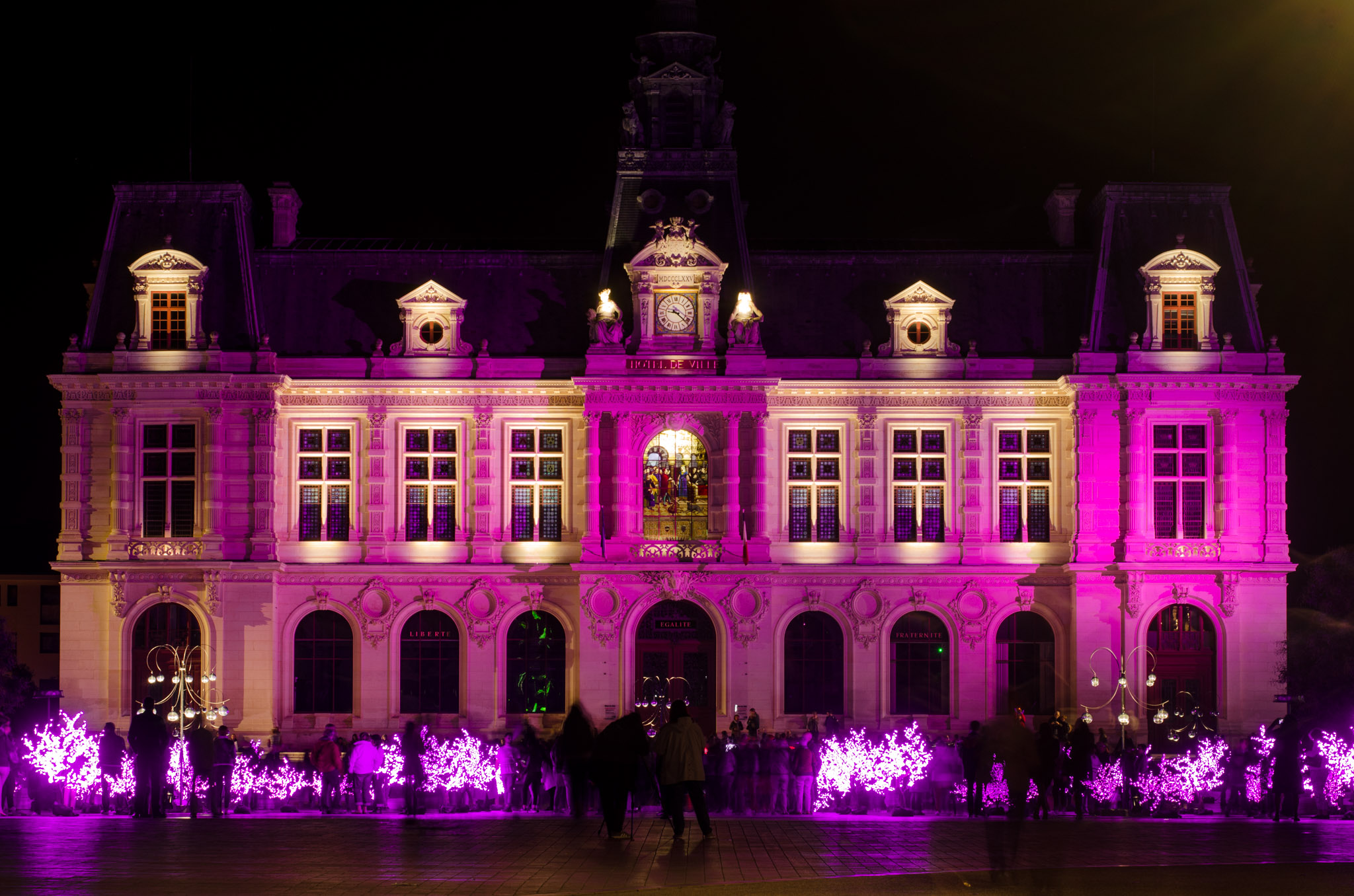 In post-processing, it appeared that:

I imagine that in order to get the trees right, I should set a faster shutter speed, but then, the overall scene will be too dark. The current histogram (after post-processing) looks like this:

and on the original image, there are even more dark zones.

As I understand it, using bracketing in order to darken the trees only won't work either, since it will produce dark borders around the trees.

What are my options if I have an opportunity to redo the shot?

I had no opportunity to redo the shot, but I reproduced a similar lighting situation at home with a LED emitter. Indeed, the suggestion by MirekE gives if not an ideal, at least much better result than a single photo. Those are the three photos produced through bracketing:

An HDR of those images in Photoshop gives this the following image. It doesn't look very natural, but is still much better than any of the three previous photos taken individually.

Of course, an HDR of a scene where people are constantly moving in front of the light sources could provide additional difficulties, but probably multiple series of HDR shots could produce a decent result. 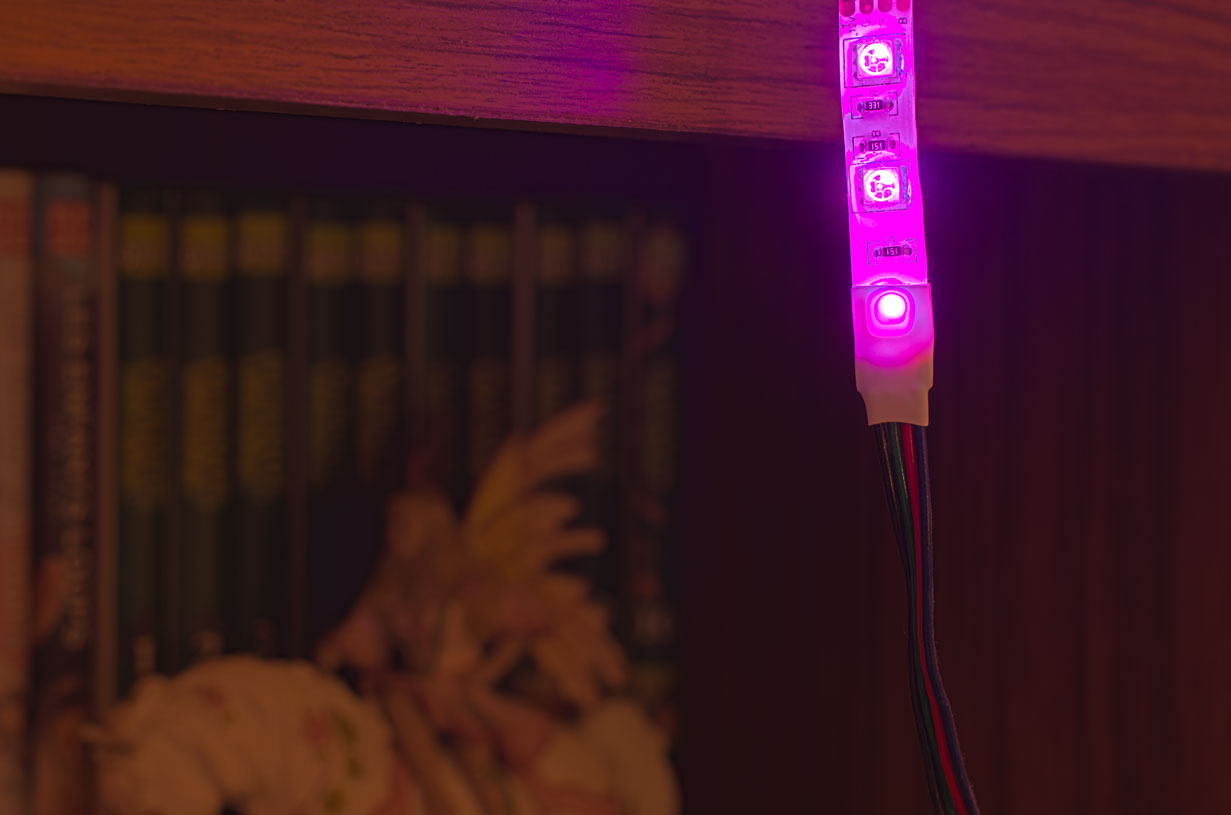 You are trying to capture more dynamic range than the camera is capable of capturing in a single exposure.

You could make range of exposures from properly exposed shadows to properly exposed highlights and combine them in HDR. Programs like Lightroom can do it easily and with naturally looking results. Shoot the images at the native camera ISO with fixed aperture and variable exposure time, ideally from a tripod.

You could make the shot while some of the natural light is still available. If you shoot a series several minutes apart, you may find a shot that gives bright enough purples, but with enough light to bring detail to the shadows and keep the light bulbs from being blown out. I have seen impressive results when before and after dark images were combined together to bring the best of both worlds.

You can use a green filter on the lens.

Not the answer you're looking for? Browse other questions tagged exposure dynamic-range overexposure or ask your own question.

3
How do I properly expose dark scenes containing bright light sources?
11
How can I get the right exposure when parts of the scene are in the shade and others are in the sun?
17
How can I use a histogram to expose correctly when the scene is very dark?
8
How can I mitigate bright spots in shaded, woodland settings?
7
Is there a camera which can capture all shades from dark foreground to bright background?
5
Why does exposure vary subtly between P, A and S modes, when the flash is on?
2
What is the right way to blend multiple exposure real estate images?
1
How to take pictures of a moving speaker in a dark room with accent lights?
11
Why are my sky photographs coming out dark?