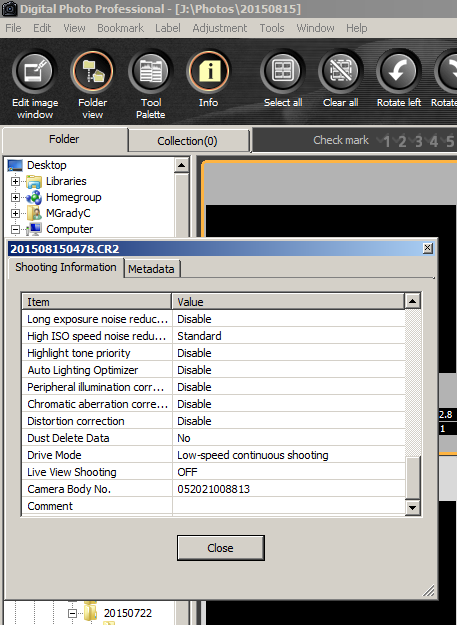 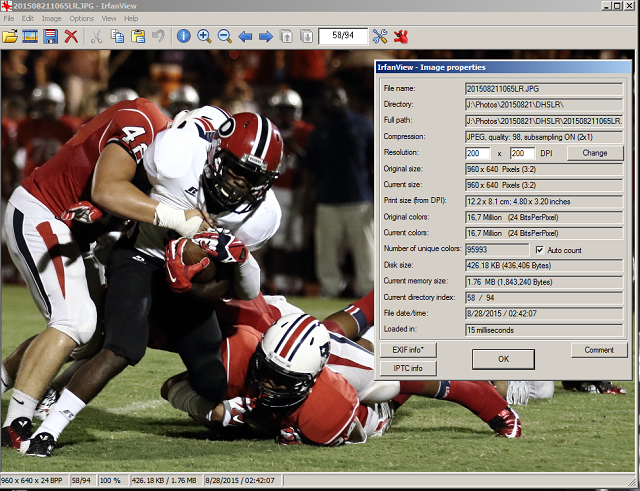 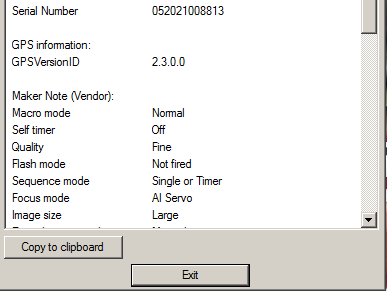 8
How can I compare the lens serial number from the EXIF of a picture, to the serial on my lens?
3
Nikon D5600. Trying to learn Manual and keep track of what exposure settings I used
0
How to find the serial number for a Canon G1X if it has rubbed off