How could I have improved post-processing on this Milky Way shot?

Last week I went about 40 minutes north of St. Louis to Pere Marquette state park with my family. We went out to watch the meteor shower, and I tried to set up to take some Milky Way shots.

I ran into two problems:

Here is the RAW image I captured (converted to JPG without any adjustments): 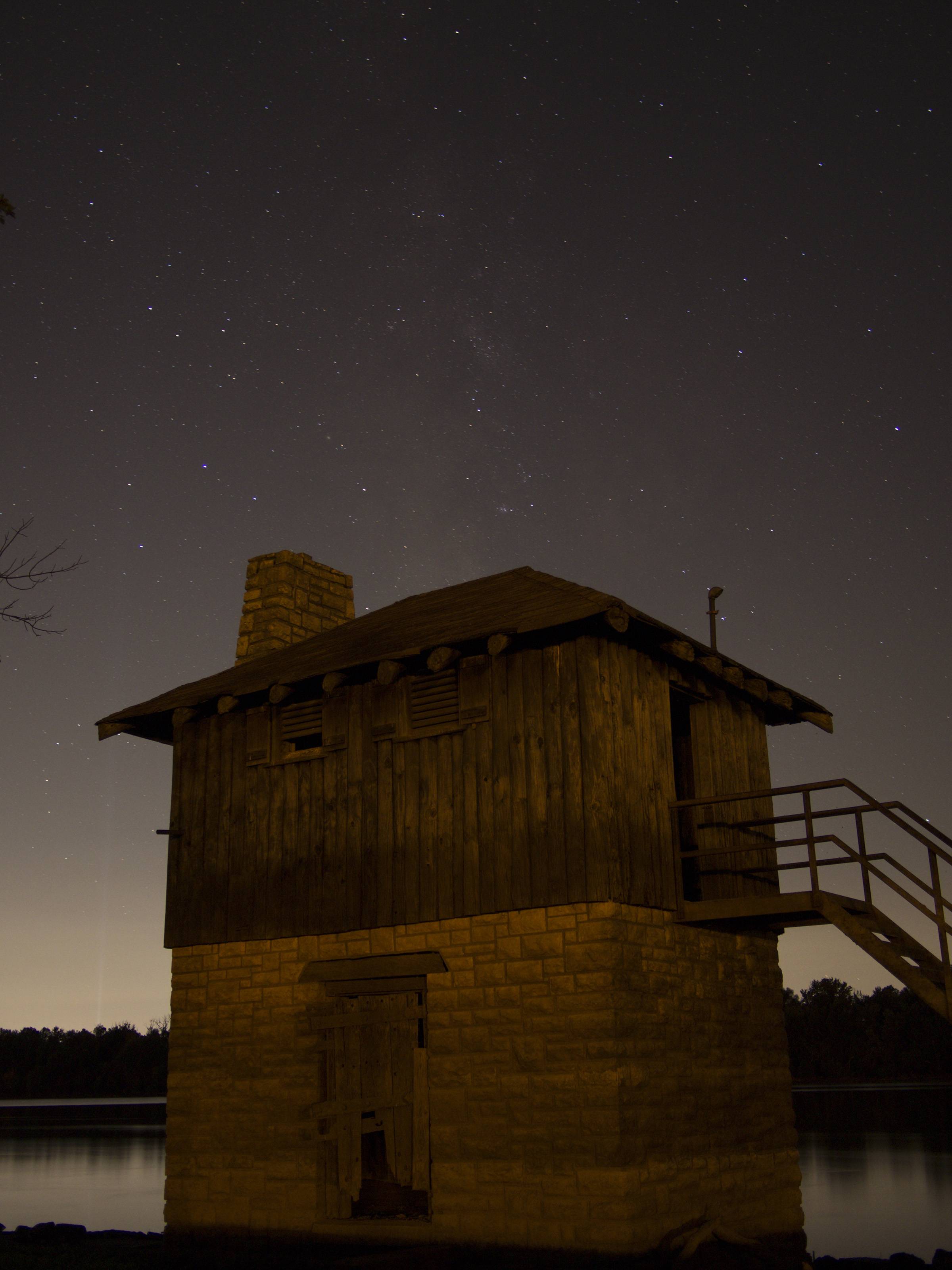 Here is the best I could come up with making adjustments in Photoshop's Camera RAW plugin: 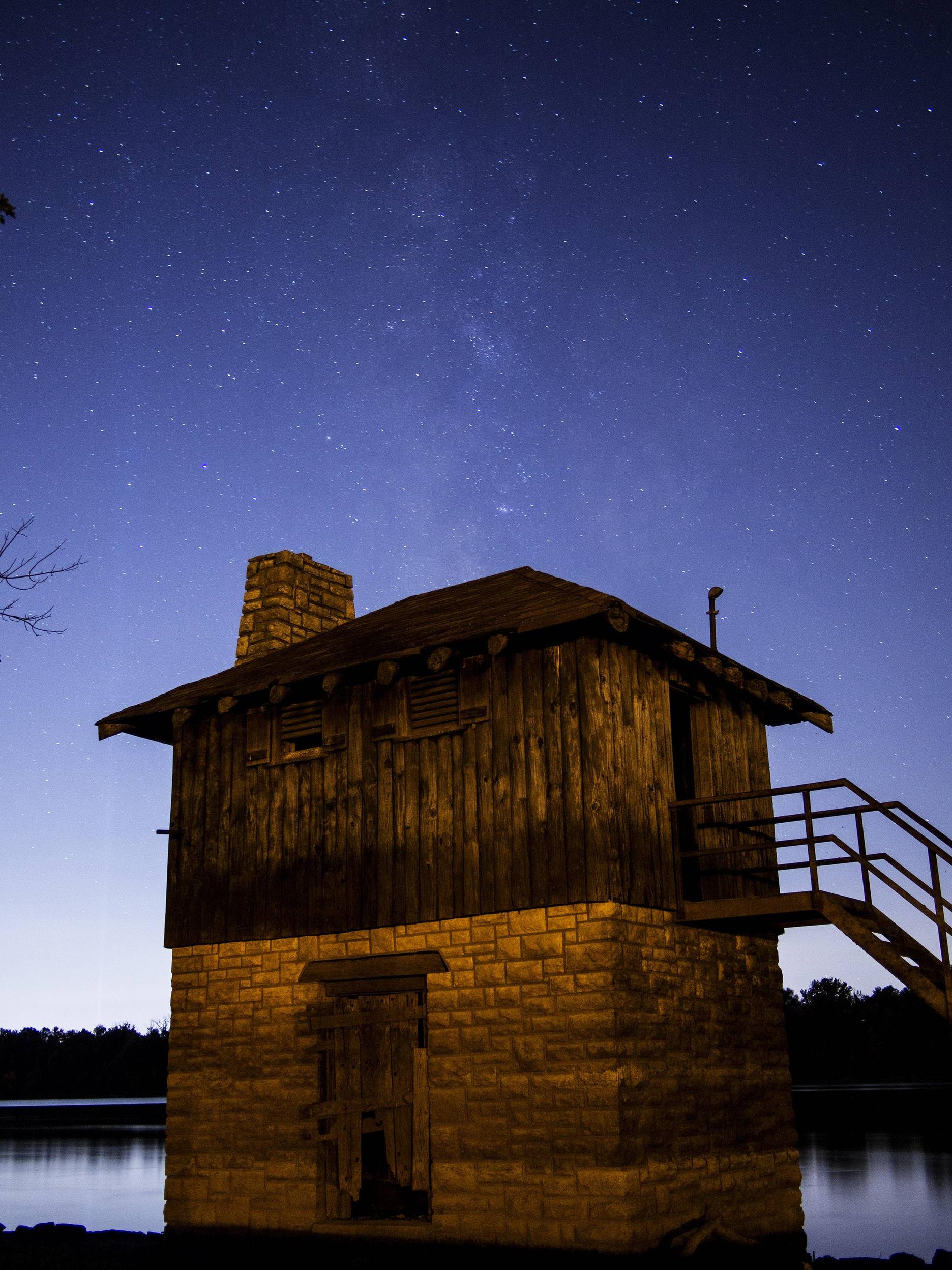 I am new to RAW and to astrophotography. I think I could have improved the image by using higher ISO, and going to a different location to escape the parking lot lights.

But can anyone suggest further enhancements I could make in Photoshop or Camera RAW to bring out the Milky Way better?

Even though the light pollution is much worse near the horizon, being only a few miles from a major population center the size of St. Louis means there is still a significant amount of light pollution much higher in the sky. You really need a much darker sky to pull a lot of the dimmer elements of the Milky Way out of the background light level.

As far as the post processing end of it goes, the answers to How to have colors in Milky-way? cover that very well.

There are also quite a few online articles and video tutorials regarding post processing Milky Way photos. Some of my favorites include:

Not the answer you're looking for? Browse other questions tagged raw astrophotography adobe-camera-raw milky-way or ask your own question.

36
How to have colors in Milky-way?

8
What technique and settings should I use to capture meteor showers?
14
How can they take pictures of the Milky Way?
12
Astrophotography picture with too much noise. How do I correct this in postprocessing?
15
Are meteors dim?
36
How to have colors in Milky-way?
7
Why did this photo of the Milky Way turn out badly?
4
Why does DeepSkyStacker brighten the stars too much compared to Photoshop?
4
How to improve my milky way shot?
9
Slow moving object whilst photographing Lyrids
1
Need some help with astro photography