Some questions that seem highly related to the strict definition and might fit into an answer include:

Examples of the term:

Split toning is a method that is used to introduce a colour tint(s) into the highlights and/or shadows of an image.

It is used purely for aesthetic reason, and could be used to recreate the look of a particular film or just a completely unique look.

Many films have colour casts in their shadows and/or highlights. This forms part of their "look", which you may wish to recreate in a a digital image. I don't know anything about applying split toning to colour film (though I am sure there is a way), but there are several printing/toning methods that were commonly used for monochrome film, for example sepia toning and cyanotypes. This too can be emulated in Lightroom with the split toning panel.

In lightroom the toning effect is similar to that achieved by painting over with a solid colour using the adjustment brush, but the strength is dependent upon the luminosity level - i.e. it is stronger in lighter areas for the highlight tone and stronger in darker areas for the shadow tone. In lightroom, the position of the balance slider determines the cutoff between "shadows" and "highlights" for the purposes of the split toning.

One commonly used example of split-toning is to have yellow in the highlights and blue in the shadows. This yields a fairly natural looking result, as this would occur naturally when brighter areas are lit by the sun, and darker areas in shadow are lit by skylight, 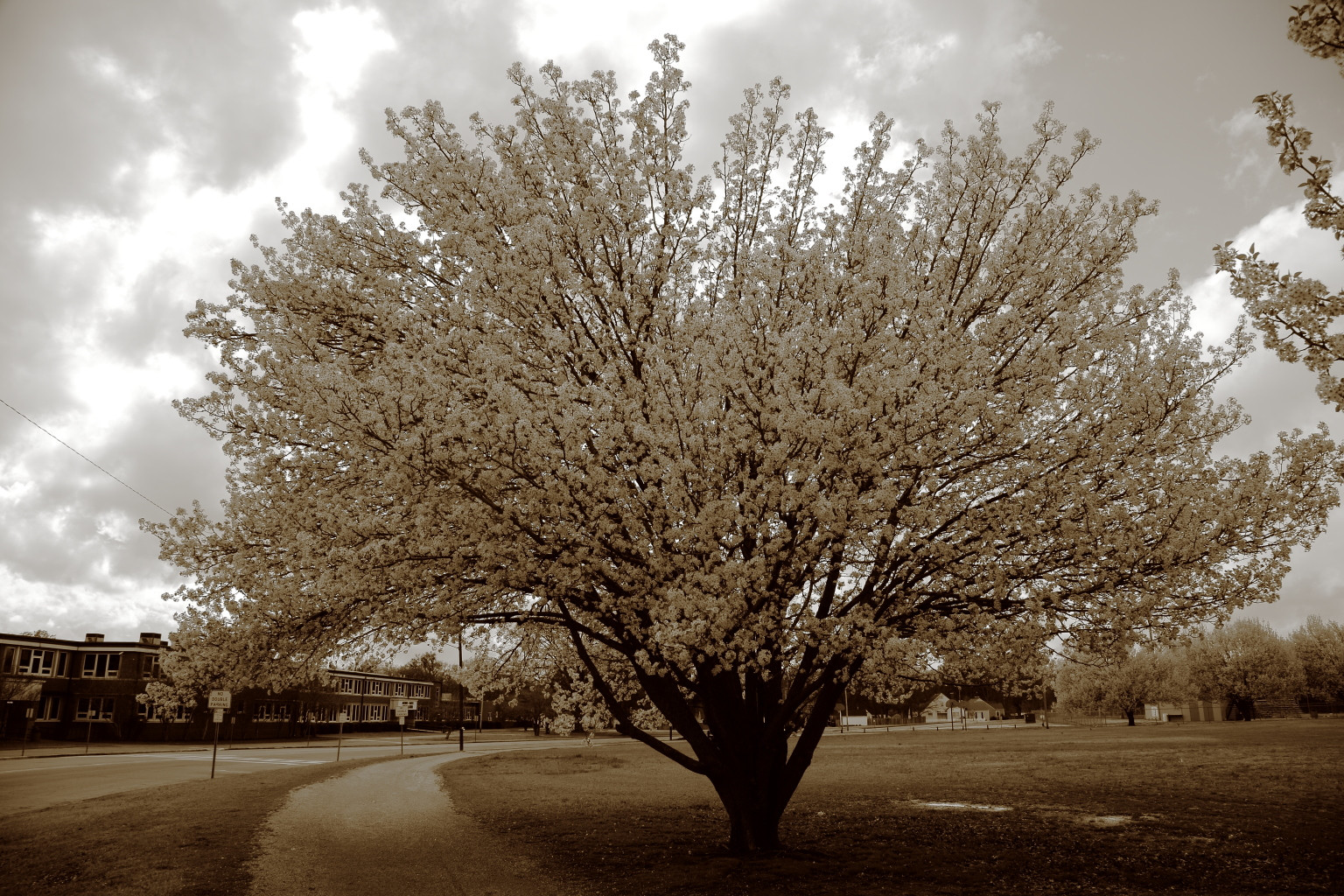 Here's an example of a split toned monochrome image. The image was simply rendered in monochrome and a sepia toning effect added. In the areas of highest brightness (what would have been the areas with highest density on negative film) the sepia cast is bright enough that all three color channels (R,G,B) are still fully or near fully saturated. Hovering the cursor over a medium grey area in the clouds gives an (R,G,B) value of (206,204,201). Note that the values are very close for all three colors:

In a darker area near the lower left corner the sepia tone is more pronounced. Note the widely different (R,G,B) values of (48,27,14):

The image was processed in Canon's Digital Photo Professional 3 with the following raw conversion settings:

By simply increasing or decreasing overall brightness the sepia tone is respectively added to the highlights or removed from the shadows. With brightness decreased to a value of -2.0 the same area in the clouds now shows (R,G,B)=(132,117,90): 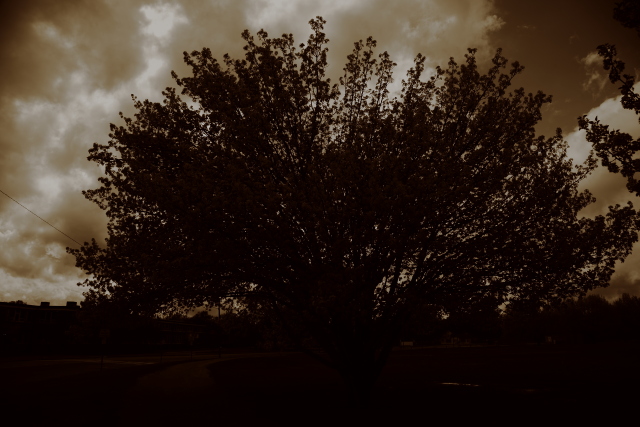 With brightness increased to a value of +2.0 most of the sky is completely blown out and has an RGB value of (255,255,255). The midtones of the tree's blossoms which had RGB values of around (137,119,91) in the original image posted above are now raised and demonstrate RGB values of (163,159,150). They still show a slight color cast, but it is not nearly as pronounced as before. 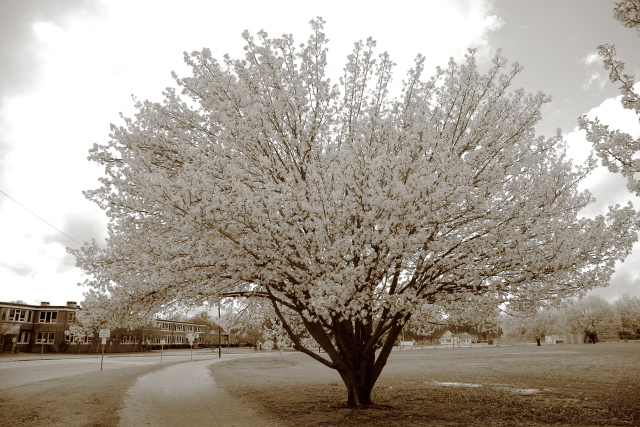 Not the answer you're looking for? Browse other questions tagged post-processing terminology tone split-tone or ask your own question.

37
What makes a photo a good photo?
4
How do I get a "Film" look with a digital camera?
2
Do old sepia photographs fade to neutral gray, or is something else going on here?
4
How do I create a split-tone effect using GIMP?

4
What is toning, in black and white photography?
12
What does "Tone" mean?
2
How can I do split-toning black & white in SilverEfex Pro?
8
What does "lifted blacks" mean?
3
How to split tone in Nik Silver Efex Pro 2?
2
Why are there some colours missing in Lightroom Split Toning selection tool?
4
How do I create a split-tone effect using GIMP?
6
What things should I keep in mind before split toning an image?