What's the advantage of many autofocus points rather than fewer spread wider across the field? [duplicate] 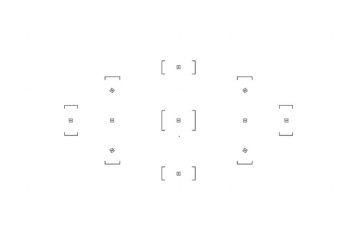 The newer and more expensive bodies have even more focus points like e.g. the D610: 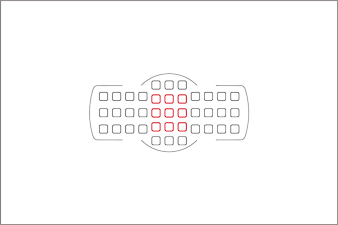 I mostly work in Single-point AF mode, which means I choose one of the 11 points, move the one point over my subject, and focus.

Isn't it more comfortable to have fewer focus points wider spread over the whole field instead of like 50 in a small area in the center?

Am I misunderstanding something about focusing?

Even in Dynamic-area AF mode or 3D-tracking which uses all of my 11 points, it won't be able to focus something in the corner.

This is a bit of an apples and oranges comparison, because the D610 is a full frame camera.

isn't it more comfortable to have less focus points wider spread over the whole field instead of like 50 in a small area in the center?

There are two different things here:

Now here's the thing: the af points of the D610 are not in a smaller area in the center, the overall image is just bigger. Having more focusing points doesn't mean that they are in a smaller area. In general, the overall area where the focus points are located is the same for the equivalent field of view.

For comparison, I looked up what top of the line crop bodies Nikon offers and found a AF point distribution image of a D7100, which has 51 af points. 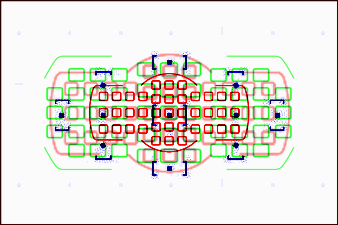 As you can see, the D7100 and D3200 have a very similar area of af point distribution. The D610 appears to have a smaller area, but again, it is a full frame camera. I added a scaled image of the D610 and made it more opaque. The scale factor was 1.5, which is roughly the crop factor of Nikon bodies. The scaled D610 area is roughly the same as the one of the D3200 and D7100.

Depends on what you're shooting, but usually, yes, it is much better to have more focus points.

There are cameras with just one focusing point (eg. Hasselblad) but usually, especially when you shoot action, you need more points because:

Perhaps I'm a spoiled child, but I felt a lot this difference in an occasion when I was forced to shoot with a model from 'Rebel' line (Canon 600D IIRC). Usually I shoot with Canon 5D3. The difference in practice is much bigger than in theory.

As an aside, at least some cameras (personally I know Canon 5D3 & 1D X) have the possibility to disable some AF points, so there is a reason in your question.

Not the answer you're looking for? Browse other questions tagged dslr autofocus focus-point-selection focusing or ask your own question.

30
What is the advantage of the huge number of AF points?
5
Does having the AF points bunched up in the middle make a big difference?
31
Why would I want to select an autofocus point?

30
What is the advantage of the huge number of AF points?
4
What autofocus zone selection mode should I use for action/event shooting?
1
How Autofocus with Single Focus Point works after Re composing
8
If I'm using only one focus point, am I doing it wrong?
4
Which focus mode should I use for a portrait shoot?
2
Why is my Canon 70D's liveview autofocus much worse than the viewfinder's?
1
Best settings to focus in low light and low contrast condition
1
Focussing area is different in live view than when viewed in viewfinder
3
Unable to take the shot when subject is moving fast