How do you shoot still motion portraits?

Here is a shot I took today attempting this, it is however a very poor example. How do I improve this? 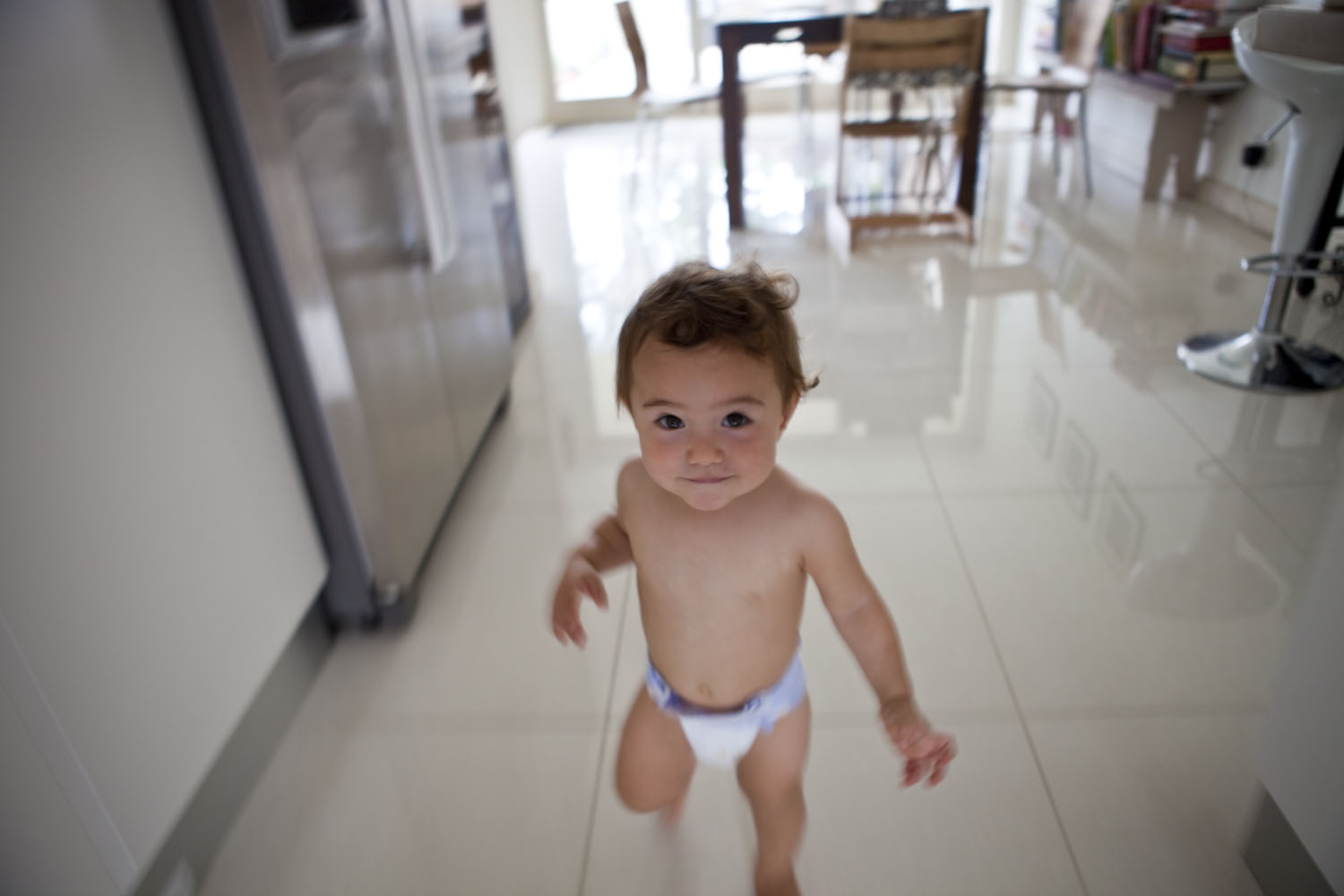 This is a technique called "panning". You track the motion of the subject with the camera and follow the subject while pressing the shutter. Its the equivalent of "follow through with your swing" in sports analogy.

Digital Photography School has an excellent resource at:
http://www.digital-photography-school.com/mastering-panning-to-photograph-moving-subjects

(Older digital cameras may have "shutter lag" that complicates this process)

I've not seen it require anywhere around 1 second shutter, but typically 1/30th or so will produce a plenty noticeable motion blur in the background.

Anything too much below 1/20th or perhaps even 1/30th and you're going to start to see some camera shake on many focal lengths. Doing this on a tripod is much easier for sports and such (its a common shot in Nascar and racing).

For young kids, while certainly not impossible, I've personally found it exceedingly difficult to get good panning shots because of the erratic nature of their movements.

To add to what rfusca stated in his answer, you should look into using second-curtain flash. Flash is also a powerful action-stopping tool, but is often overlooked. When using flash, the pulse is only a tiny fraction of a second long, and usually occurs when the front curtain of the shutter opens.

To capture motion blur, but also freeze the subject's motion, second curtain flash sync can be used. Rather than firing the flash pulse when the shutter initially opens, using second-curtain sync will fire the flash pulse a moment before the shutter closes. When combined with "slower" shutter speeds, such as 1/30th of a second (or slower...depends on how much motion blur you want), the flash will freeze your subject clearly at the end of the exposure time.

Second certain flash sync is used to great effect in areas like sports. Most of us have seen those fantastic shots of a baseball player running for base, with a beautiful trail of motion blur behind them. Or of a basketball player flying in for the dunk, motion blur showing their trajectory. An excellent example of this is this cyclist racing around a corner (found via Bing...no reference site): 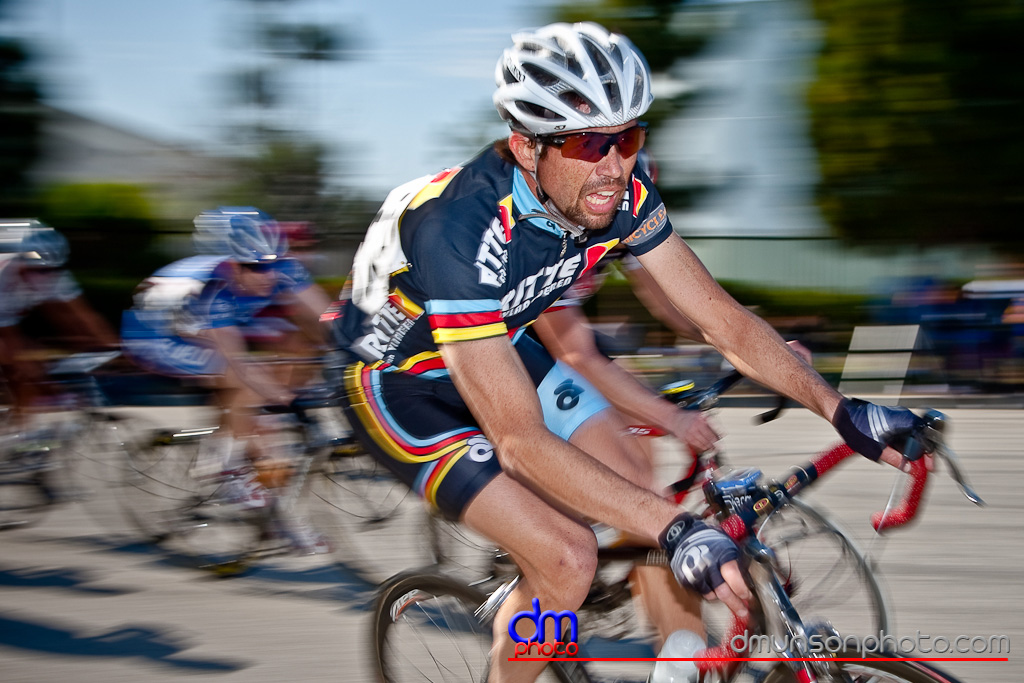 I would give second curtain flash sync a try. If you are close to your subjects, you will probably want to dial down the flash power (flash exposure compensation). You don't really want the primary lighting to be from the flash...you just want to use it to freeze your subject.

Here are some resources that might help you out:

Here is another example I shot: 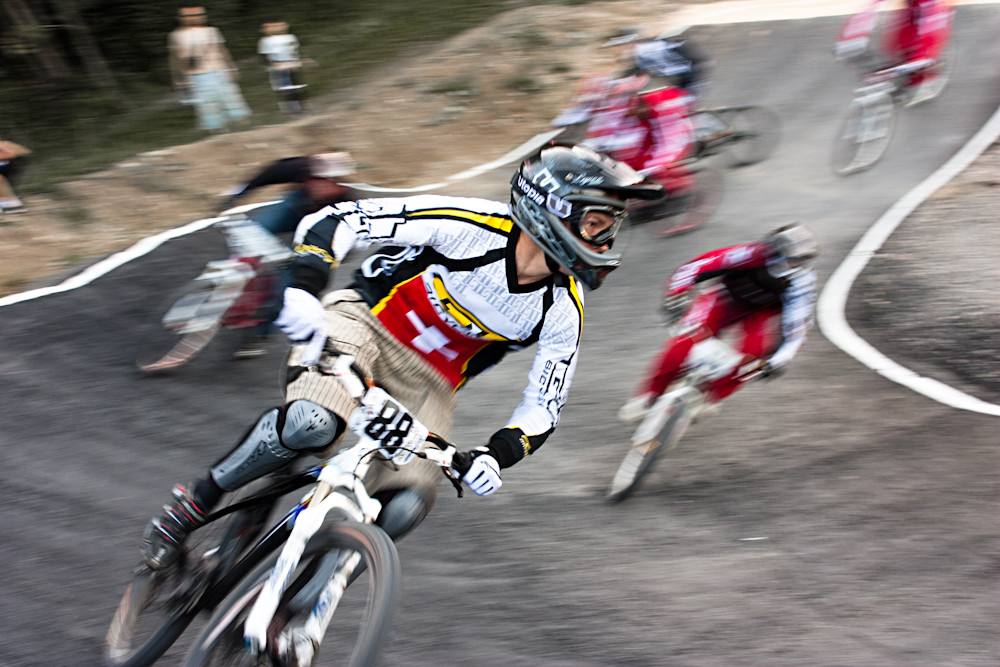 As you can see, only very small parts of the image are actually sharp.

This photo is one successful shot among 125 barely usable ones. You can probably get a better ratio with more experience and maybe a mono- or tripod, but it will always require many many attempts to get this effect right.

You can of course only achieve this effect for clear movements in one direction. If the subject is coming closer, you could theoretically get a similar effect using the zoom - I think, however, that it's the easiest just to pan.

Not the answer you're looking for? Browse other questions tagged technique portrait panning or ask your own question.