Why do some Windows programs show some of my RAW images with a purple tint?

Yesterday I got my first DSLR, a Nikon D5300. It works great and I have no complaints, however I'm having a strange issue.

In some programs, like UFRaw, as a desktop image, and in one of the Windows Photo Viewers, some RAW images have a purple tint.

However, in the other Windows Photo Viewer, Adobe Lightroom, GIMP, paint.net, and Photivo, this purple tint is missing. 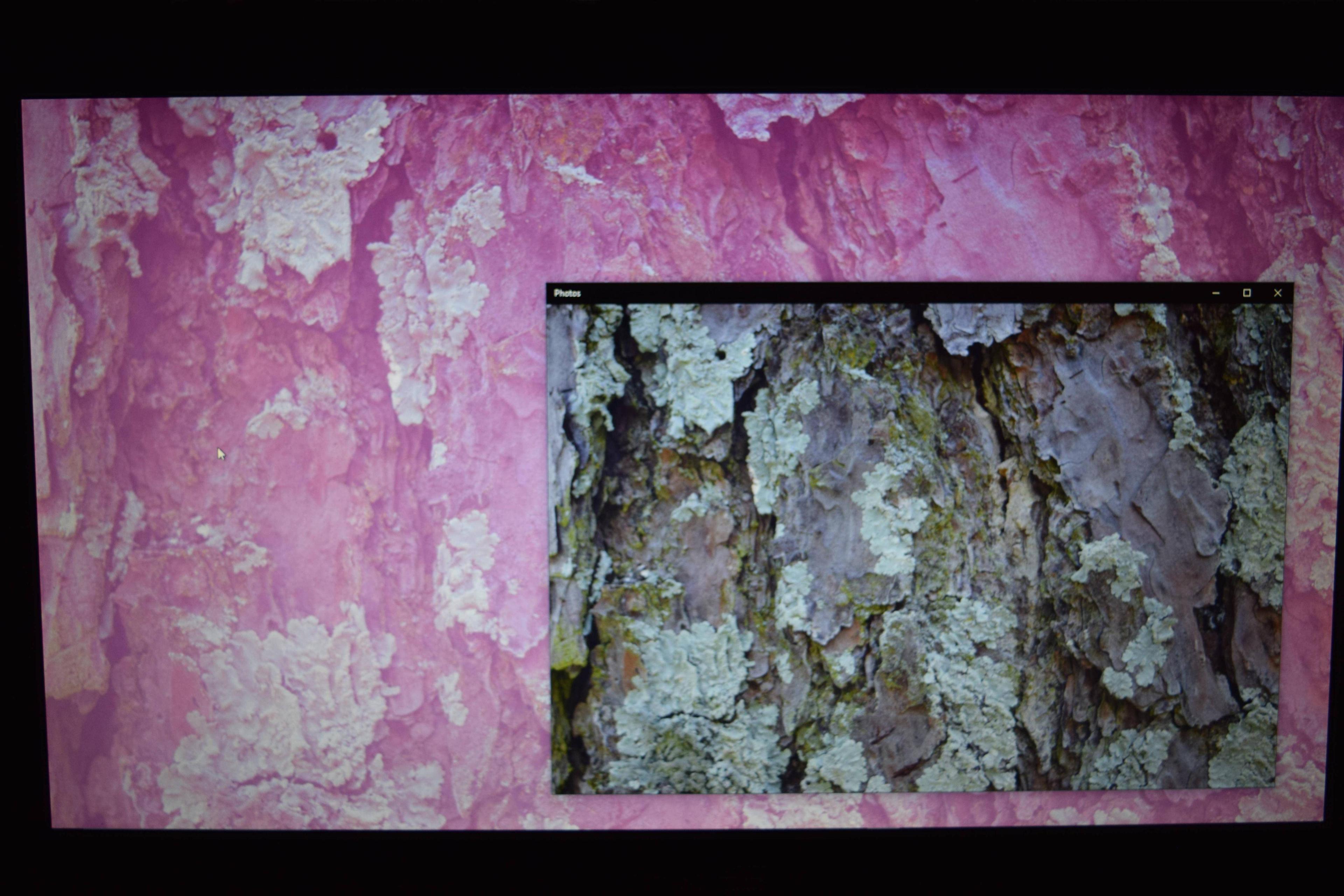 This is a picture of my laptop screen. The picture in the window is the original image. The picture in the background is the same image set as my desktop wallpaper (I understand this isn't something anyone should normally do, but it's just an example.)

I thought originally that there might be something wrong with my camera. However, I downloaded sample NEF files from the internet and they are effected too.

That lead me to think there might be something wrong with my display settings or color profiles. However, I also changed these with no luck.

This occurs in Windows 8.1 and Windows 10, which I updated to this morning.

Any ideas? I've looked all over the internet, and similar reports suggest there's something wrong with the white balance, but since I tried different programs and different RAW files, I can't see how that's the problem.

The RAW files coming out of different camera models generally have different encodings. The purple tint means that that particular software does not have the necessary decoders for D5300's NEF files. Same happened to me when I was examining D750 sample NEFs.

You can try a raw file from an older camera model to see if the tint disappears.

However, in any case, it's not your hardware's (camera or pc) fault.

Not the answer you're looking for? Browse other questions tagged dslr raw or ask your own question.

2
Why do my photos get much smaller when sending .cr2 files from ufraw to gimp?
4
Converting RAW images to lossless jpeg using GIMP?
30
Why do RAW images look worse than JPEGs in editing programs?
3
Why do Canon 6d raw photos have a red tint across the entire image in Windows preview?
2
My RAW .NEF files cant show properly in windows 7 image viewer
0
How do I open and edit a RAW image from a board-mounted CMOS sensor?
2
Opening NEF files on windows initially open fine but then change contrast
0
Why is there difference in white balance between Canon and Nikon even in RAW files?
1
Finding the correct color settings to convert a NEF file to TIFF using UFRaw