Are there any guidelines on how to prevent the flash from overpowering the scene?

I wanted to check if there's any guideline to find roughly the right range of flash powers for a given scene, rather than painstakingly trying out a couple of dozen shutter speeds from 0.8s to 30s to find the one I like. Is there a rough analog of the Sunny 16 rule, but for flash power?

For example, I tried taking a photo of my garden without flash: 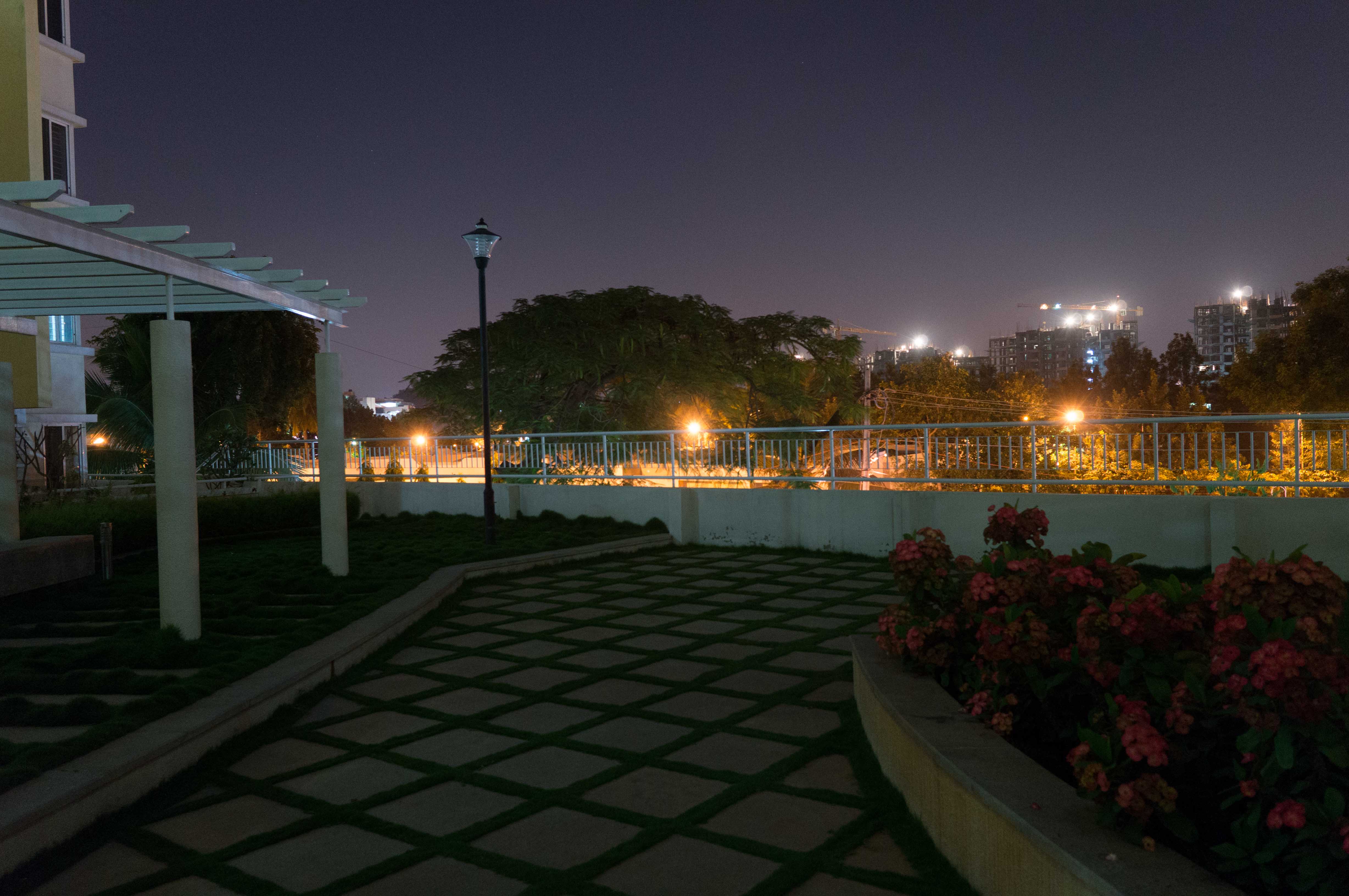 And with flash, which overpowered the scene, resulting in a bad photo: 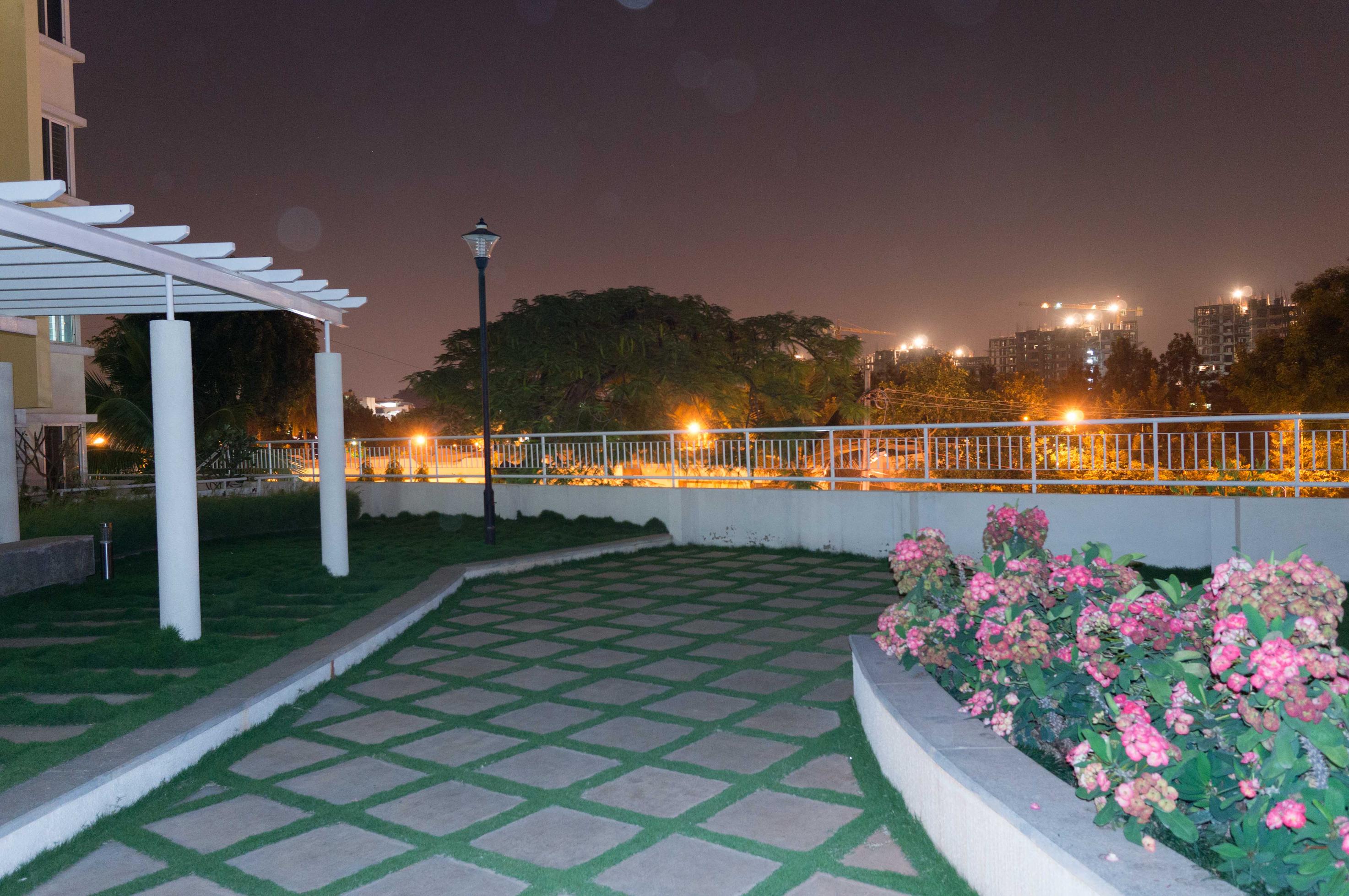 By trying various shutter speeds from 0.8s to 30s, I found that 8s looks best, filling the dark foreground without making it obvious that a flash was used: 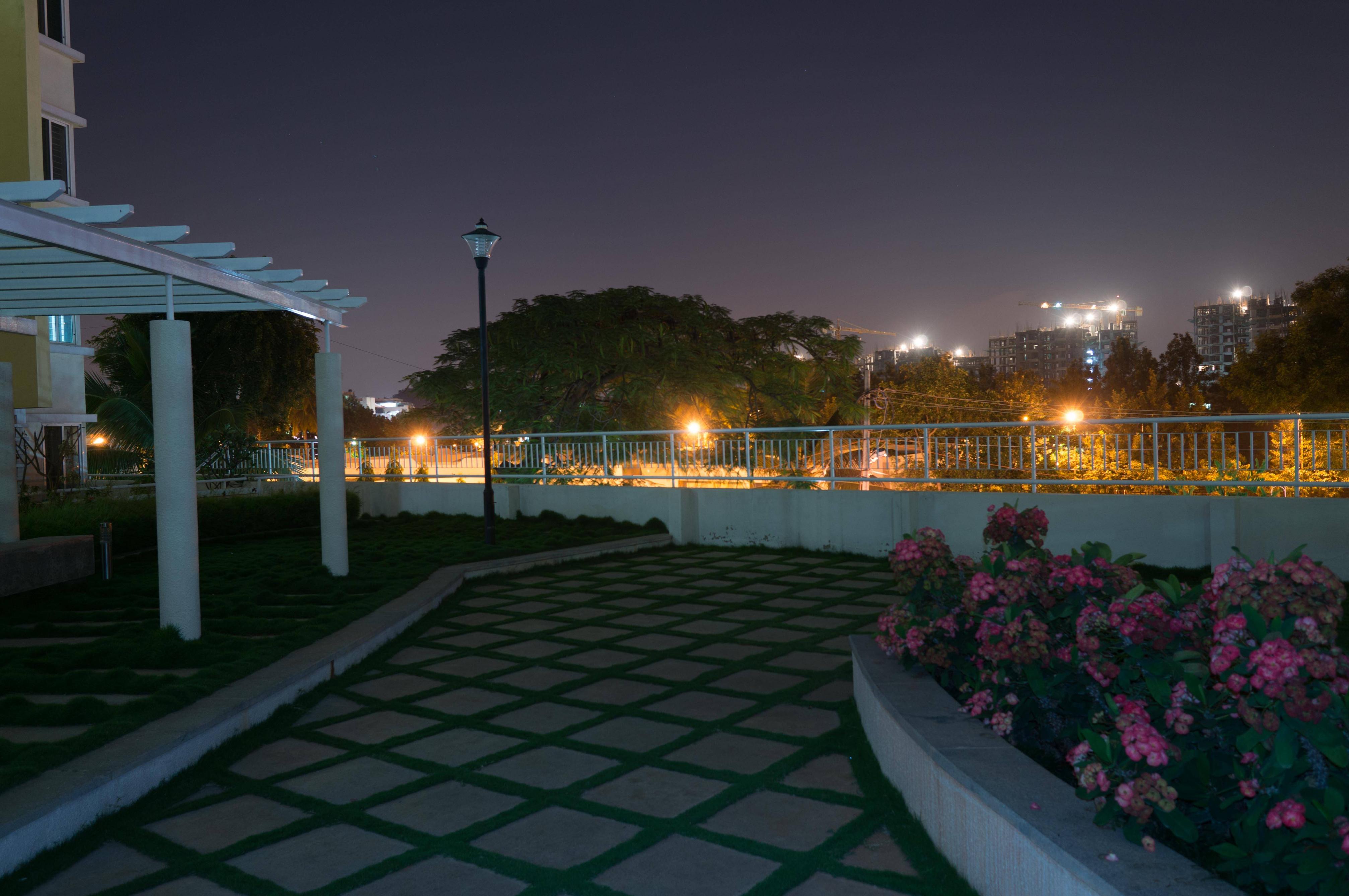 Are there any guidelines to make this process less painstaking than taking a dozen or two photos each time?

Note that I don't have off-camera flash, or multiple flashes, or umbrellas, diffusers or other accessories. Neither do I have the ability to change the angle of the flash on my camera (Sony NEX-5R). The only variable I have control over is the ratio of flash to ambient light.

Yes, the "guide line" you seek is called Guide Number. It applies to direct flash, and Manual flash mode. Your flash user manual probably contains a Guide Number chart. For example if at some flash head zoom value, and ISO 100, maybe the Guide Number is say GN 100. It might be feet or meters, GN in feet is simply 3.28 times GN in meters (3.28 feet in a meter). I am assuming feet here.

But note that flash suffers the Inverse Square Law, varying with distance, specifically meaning flash exposure is only "correct" at some ONE distance. All other distances will be different.

And note that if using TTL, the system meters the flash and tries to set it to do correct flash exposure, at the one distance (central area in your picture).

Your picture does not want a "correct" flash exposure, you think it is too bright for the nighttime situation you want to create.

So your answer is, your plan is good. If it is too bright, just turn it down, set it like you want it. Flash compensation is how we control what the camera TTL metering does.

The duration of the flash is much shorter than any of the shutter speeds you are using, so the shutter speed doesn't directly affect the amount of light from the flash that winds up in the scene. What does seem to be happening here is that the camera is treating the flash as fill light and automatically adjusting the flash power to balance with the amount of ambient light, which is affected by your selected shutter speed. If you don't have a way to manually control the flash power directly then pretty much all of the standard "rules of thumb" go out the window - your camera will alter the power to counteract most of what you do. At least it will until you close the aperture and reduce the ISO to the point where the flash is at full power so the camera can't add any more to compensate for allowing less ambient light into the frame.

Not the answer you're looking for? Browse other questions tagged flash fill-flash or ask your own question.

7
Are there any major drawbacks to buying a used flash gun?
15
How to keep flash from disrupting the scene?
3
How do I adjust the amount of fill-in flash from the built-in flash of my Canon Rebel?
2
How do I prevent the background from going dark when using the flash with a subject?
7
Are there any accessories that can protect my camera from high voltage flash guns?
1
Are there any official flash extenders for macro work?
0
Are there any instructions for Pixel X-650 flash?
2
How can I set up an off camera flash using the reading from the light meter?
3
How to force my Canon Ixus's flash to flash even when there is enough light?