How to convert a dull monochrome photograph into a sharp black and white photograph with great contrast? [closed]

I shot the following photo with Nikon D3100 + Nikkor 50mm 1.8f G.
I shot this with the Monochrome option of the camera. 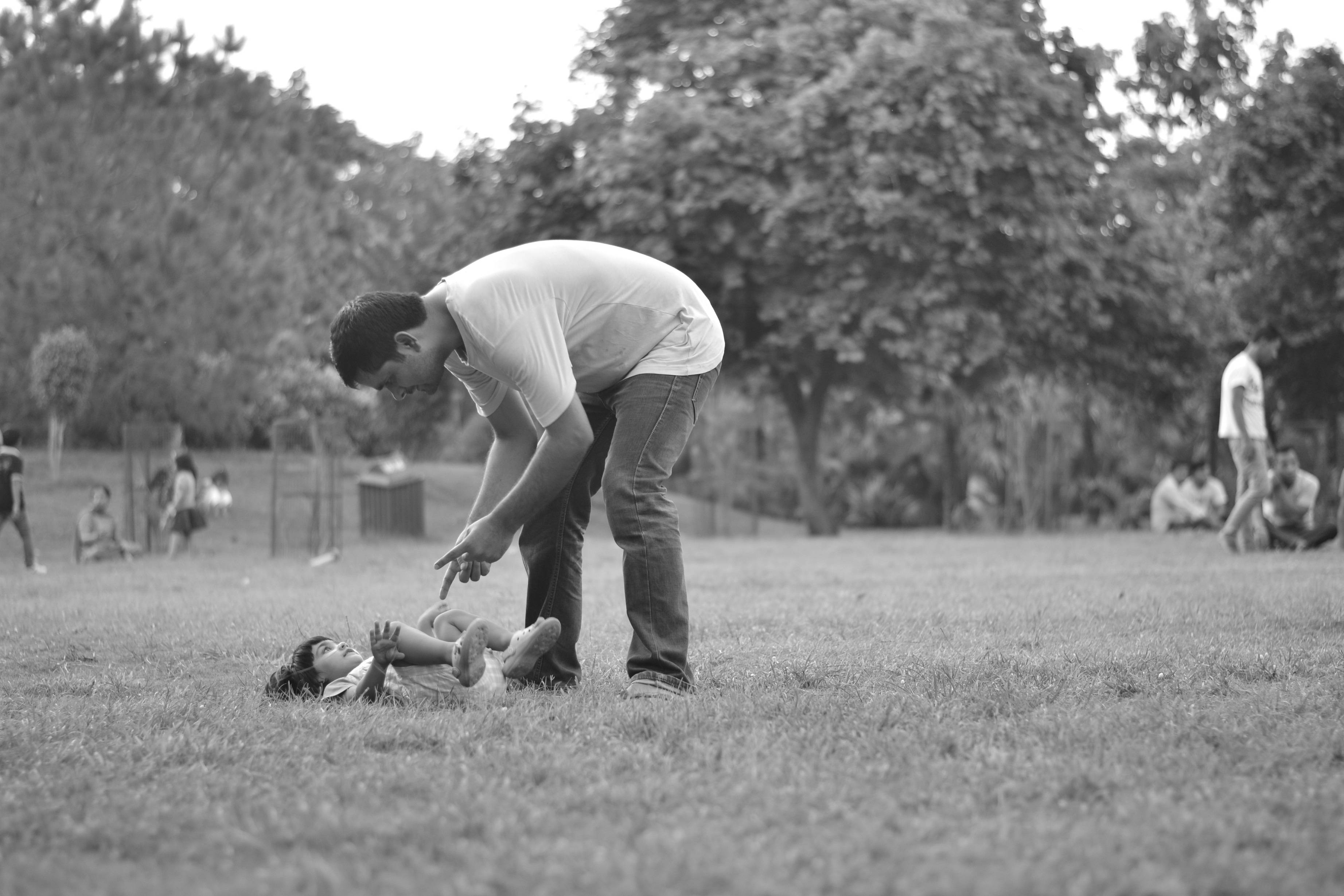 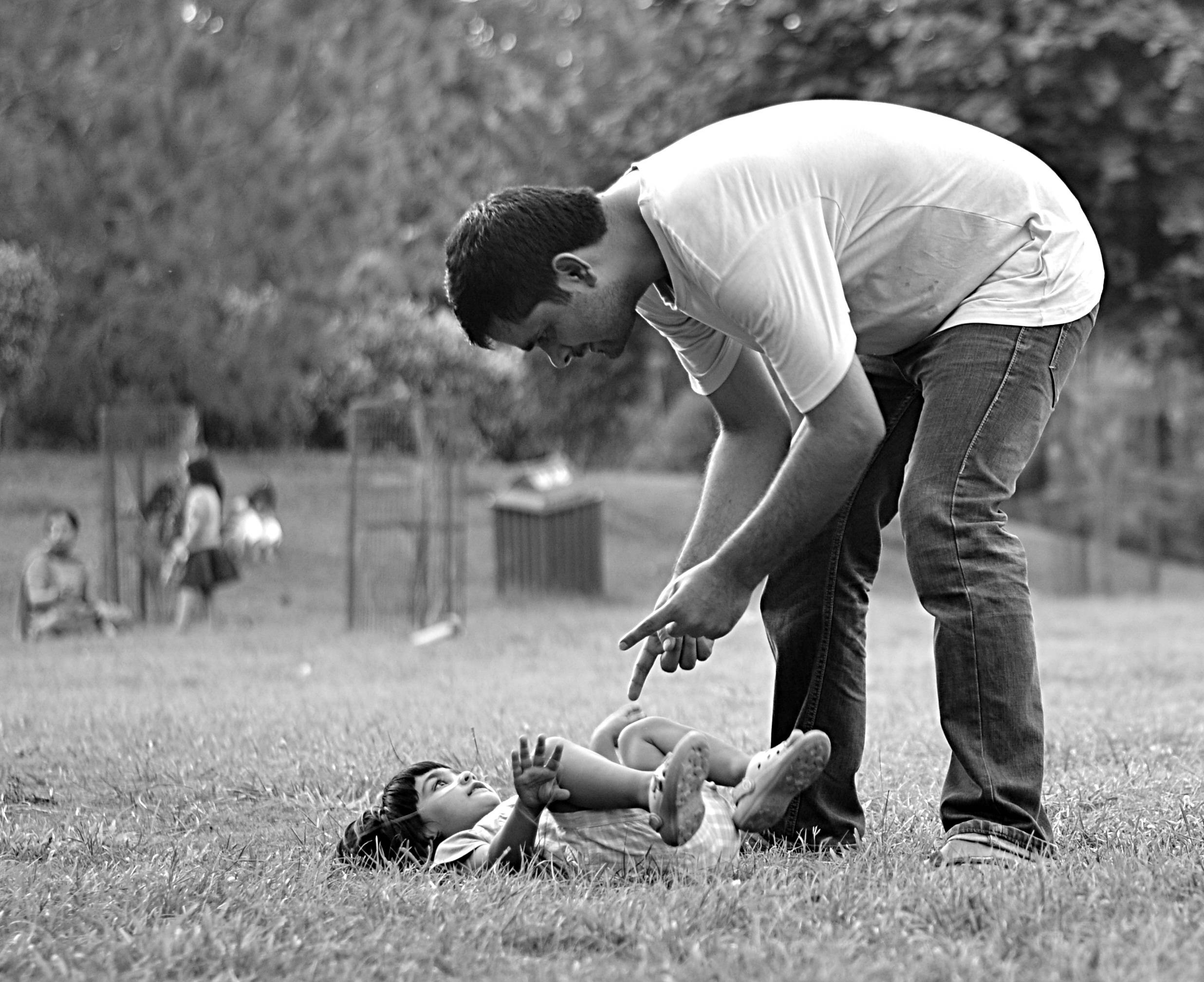 I sharpened this with the Unsharpen Mask option with:
Radius set to 6.5
Amount set to 0.65
Threshold set to 0

and I raised the Contrast till 20.

How to convert a dull monochrome photograph into a sharp black and white photograph with great contrast?

Unsharp Mask will increase contrast, but it works by exaggerating local differences. You probably do want to use Unsharp Mask in the processing of an image like this to increase the amount of contouring, but it's not the best way to go about fixing the major tonal issue.

You can't really say that there isn't enough total contrast in the image, since you have blown-out white areas and some absolute blacks. The problem is that there isn't enough contrast in the "interesting" parts of the picture — the hair isn't dark enough, and the part of the white shirt that isn't a highlight isn't quite light enough. You can use a curve to fix that (I don't have Gimp, and I figure that Gimp users are pretty tired of seeing Photoshop examples everywhere, so I'm using the Curves adjustment from Paint Shop Pro 9 just to show that it doesn't have to be Photoshop to work): 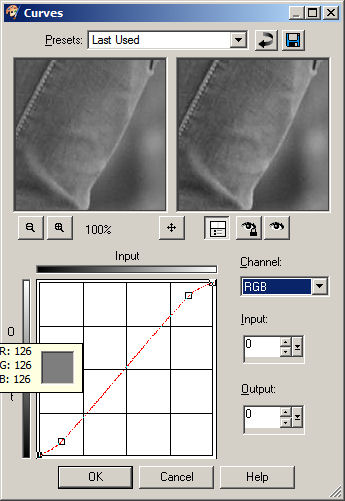 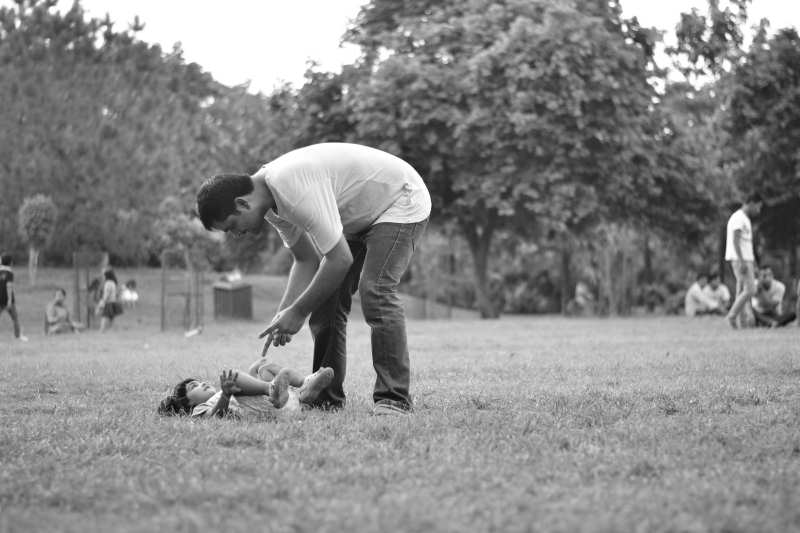 The curves adjustment can go quite a bit further than I've gone here without damaging the image in any way. Honestly, the adjustment looks a lot bigger with the before and after in the same place (turning the layer with curves on and off) than it does here, so I probably should have been more extreme with the example. I was leaving room for the next step...

If the shapes aren't quite "3D" enough at that point, you can use a large-radius Unsharp Mask at a fairly low strength to boost the contours a bit, but whether you want to (I probably would) and how much/what settings is a matter of taste and personal preference. But you'll be starting with an image that has a better contrast range where you want it, so you shouldn't wind up with something that looks over-processed.

Although I use Lightroom and Photoshop, I am sure that my preferred method of sharpening can be applied in GIMP

The best way I have found to achieve that Sharp and Contrasty Black and White look is through an initial tonal adjustment and then a High Pass Filter.

First step is to gain the maximum range of tones. Can be done with Sliders or Curves.

The next stage is the sharpening

Finally, you can adjust the Curves once more to reach your desired look

I have attached an example and paid special attention around the little girls face and the blades of grass to demo how you can control with this technique!

Please do note, I have over exaggerated on all adjustments taking into consideration that the final result may be an overkill, but this is to emphasis the difference between Unsharp and High Pass Filter.

Not the answer you're looking for? Browse other questions tagged post-processing black-and-white gimp or ask your own question.