Why are superzoom lenses small but giant telephoto lenses huge?

This week I've read two news stories about two different camera lenses that can magnify things that are very far away.

The first is the Nikon Coolpix P900, which is a point-and-shoot camera that costs $600, has an 83x optical superzoom lens ("the same field of view as a 2,000mm lens on a full-frame camera"), and lets you see the craters of the moon.

A non-photographer might ask, "Why would somebody spend their life savings on a gigantic telescope of a lens when you could take far away pictures with a handheld camera for 1/300th the price?"

Well, I am basically a non-photographer, and I would like to ask that question. What does the big one give you that the little one doesn't provide? I understand that small changes in lenses can make a big difference in size and price, but this seems to be of a different scale entirely.

What is going on with the optics of the lenses that makes the small one able to be so small and the big one have to be so...big?

I'm trying to get a basic intuition for what makes lenses different, and I realize I don't understand enough about how lenses work to even know how to compare these apples and watermelons.

The 1200mm lens you cite is something of an aberration, since it's built-to-order, not a general-market lens — see Why are some big telephoto lenses so expensive compared to telescopes? and Why are some lenses so expensive?. But the general rule holds true: lenses for DSLRs and most mirrorless cameras are gigantic compared to those in superzoom cameras. There are three general reasons for this:

That amazing zoom range is pretty cool, and the maximum focal length equivalent seems amazing. But, you do pay the price. The smaller sensor inherently gathers less light overall, just because there's less of it. That means more noise, and there's no way to cheat physics on this one. In fact, you could simply crop the center from a DSLR image with one of those big lenses, and probably get a roughly equivalent result, even though the resolution would be nominally lower (unless you have a very high end DSLR). That's because from a practical point of view, zoom is virtually indistinguishable from cropping.

By way of example, here's a crop from an image Kyla Duhamel took from her backyard and posted to Flickr under a CC-BY license, using a consumer-level zoom for a consumer-level DSLR Even at this crop it doesn't fill the frame, but I think the actual detail is roughly comparable to that in the video you linked. 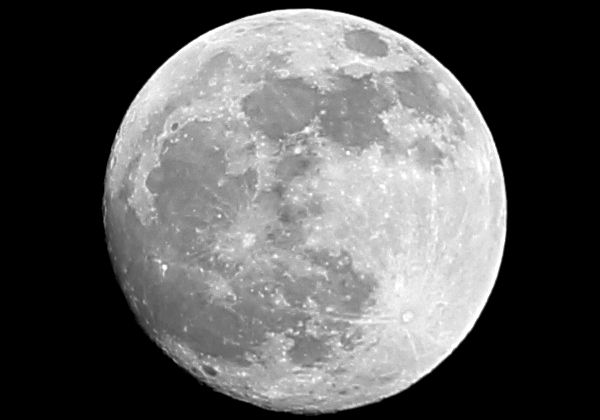 That's with a lens many of us also call a "superzoom" (terminology is awesomely confusing sometimes!), the Canon 18-200mm f/3.5-5.6. This lens weighs about 1.3 pounds and is 4 inches long — Canon's pro-grade 70-200mm f/2.8 (note the reduced zoom range even though both end at 200mm!) weighs more than twice that, at 2.9 pounds, and is almost twice as long, and can probably do somewhat better in detail — but the moon isn't really the primary differentiator between these models. Instead, it's increased sharpness and reduced distortion and other artifacts, faster maximum aperture, more solid build, and so on.

You still do have more size, weight, and cost, though. In exchange, you generally get better image quality outside of that "racked all the way out" situation (and not actually all that much worse in that case.)

The Nikon can see further on account of having a smaller sensor, it's really equivalent to taking a photo, and cropping a tiny part in the distance of regular image and blowing it up. Doing this results in capturing less detail. Accordingly the Nikon lens projects a much smaller image circle and captures less light, 15 times less in fact, which means an image with more noise.

So whilst the Canon lens is more expensive it will give a brighter, sharper image.

A lens and sensor are related in size. The giant telephoto works against a sensor that is 6 times as long, and 6 times as wide, as the superzoom mini camera's sensor.

The result is a lens where each element is 6 times the diameter and 6 times the thickness. Distances between teh elements are also magnified by a factor 6. And the result: 6 * 6 * 6 = 216 times heavier! And a lens that is extended 8 cm will instead be 48 cm long (3 vs 18 inches).

Then, the owner of a big lens also wants it to perform better than that mini zoom - so it is more precise, and maybe has more components of even larger diameter.

And up go price and size...

Why would you buy a good lens? Because it takes good pictures. All other things being equal, the image quality and aperture of a fixed focus length can not be obtained with a zoom lens of the same price.

The zoom has for principle reasons more internal lenses which introduce more error and more reflection, and must mask these errors with a smaller aperture.

Why is a large aperture desirable? It gives you freedom to play with the depth of field, blurring backgrounds; and it obviously lets you take a better picture when the light is low.1 A large aperture is also an indication of a lens's quality (if we assume the producer has the same minimum image quality standard for every lens at max aperture). A large-aperture lens should yield a better image quality at the aperture of a cheaper, smaller aperture lens with equal focal length.

As an illustration for the importance of quality and depth of field: I once took this picture with a Nikon 135mm/f2 (although I do not remember the actual f-stop setting): 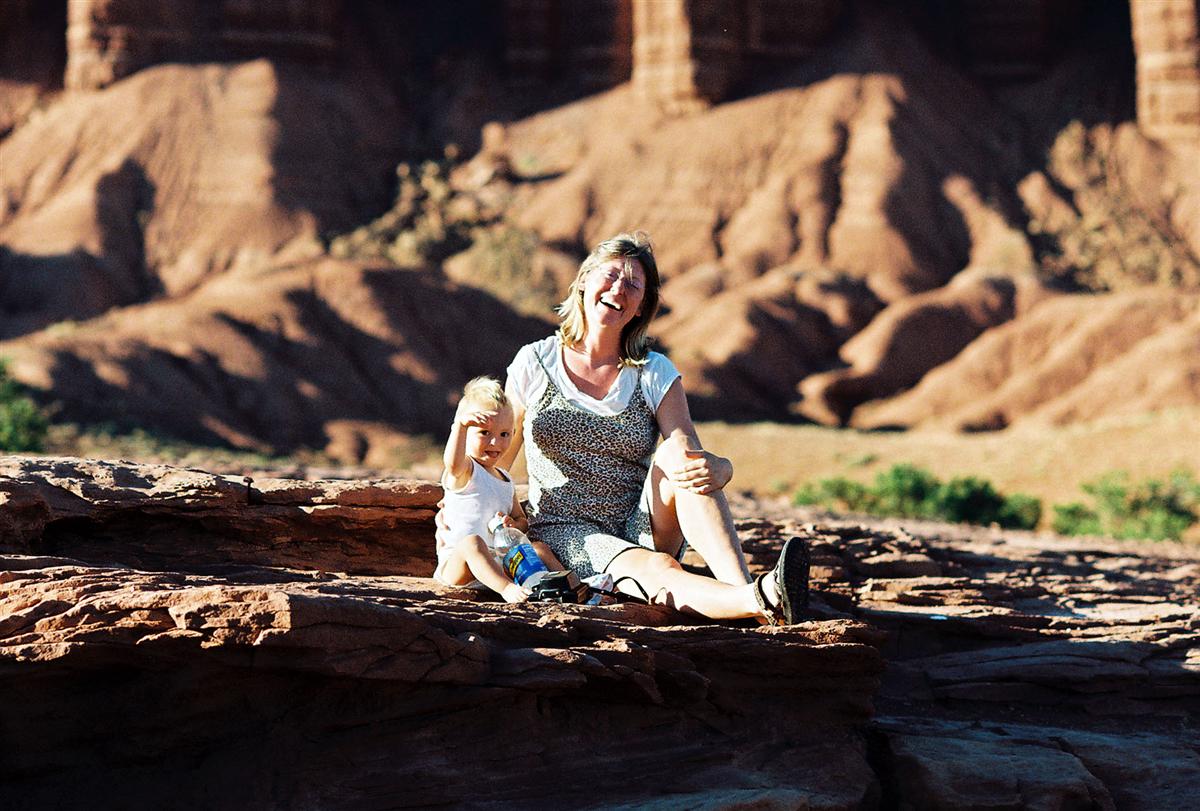 A comparison to the Coolpix is a bit unfair because the image was made on 35 mm film which makes it easier to have a shallow depth of field; in any case I assume this image would be impossible to take with that 83x super zoom. The frame, yes; but the background would be much less blurred.

The main disadvantages of large-aperture lenses is their size, weight, and value. It's not unheard of that people buy extremely expensive equipment and then never take it anywhere because it's cumbersome and also could get stolen or damaged, so they always end up using their cheap, small every-day equipment.

1 With the high ASA capability of modern sensors and image stabilization of electronic cameras a small aperture is not as hard an impediment any longer as it was with analog equipment. Below a certain light-level, you simply couldn't take any hand-held pictures on film with small apertures. With modern cameras you can; they are just noisy.
Share
Improve this answer
answered Jul 13, 2018 at 18:54

Not the answer you're looking for? Browse other questions tagged lens optics telephoto superzoom or ask your own question.

0
Build of SLR lens vs point-and-shoot lens
39
Does my crop sensor camera actually turn my lenses into a longer focal length?
50
What image-quality characteristics make a lens good or bad?
40
Why are some big telephoto lenses so expensive compared to telescopes?
8
Why are some lenses so expensive?
12
Does the size of the front glass mean anything?

30
Why do some lenses cost so much?
1
What are particular potential problems to watch for when using a telephoto zoom?
8
Why are some lenses so expensive?
42
What does it really mean that telephoto lenses "flatten" scenes?
9
Why are objects far away inverted through a lens but not through the viewfinder?
23
How do photographers manage multiple lenses?
11
Are superzoom lenses really so bad?
14
Why does a small change in focal length of two lenses make a $1000.00 difference in the price?
40
Why are some big telephoto lenses so expensive compared to telescopes?
2
At what distance will I start seeing atmospheric effects?