Is it still possible to purchase 220 and 10×8 sheet film? I am retired. previously owned three pro. Photography studios looking to get back into work again. Need help locating materials.

There are a number of places where you can buy film today. That's mostly online now, but depending on where you live that could also be a specialty shop in your city.

To answer your question, 220 and 8x10 are still made, but not for all emulsion types. Ilford (BW only) for example still makes 8x10 but 120 only, Fuji and Foma also make 8x10, Kodak is the only one I know of that still makes 220 but only for its colour negative line.

Here are two US based online shops where you can buy film, and filter by size

Whenever new technology comes around, it supposedly kills the older technology that it replaces. The thing is that technologies rarely fully cover the applications of another one.

Sure digital has its benefits and replaced film for most applications. The thing is that this doesn't mean that film is actually dead. People really like to see things dying (apparently) and made a big fuzz about it like the kodachrome becoming unavailable for example.

All that pretentious drama aside, film is not dead, because some applications of film are exclusive to film and digital simply doesn't deliver.

One such application is size. There's no digital medium format camera or any larger digital sensor readily and cheaply available. Well...admittedly, there is an 8x10 digital sensor, but its purpose is to replace the expensive polaroids, not the sheet film. This isn't mass market product either, obviously. 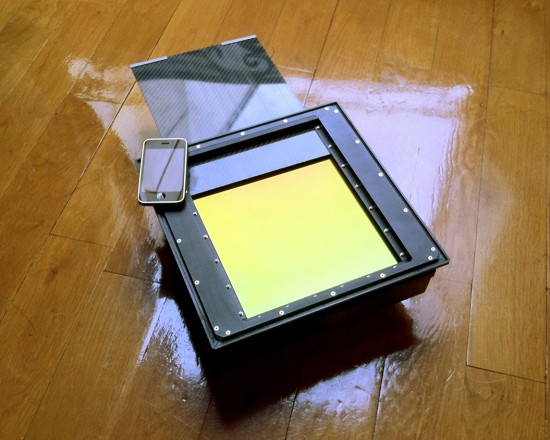 There are fewer film producers, but they still operate. The business condensed down.

I usually use ilford film, which is available in various types and sizes. They do not offer 220, but 120, if that's ok for you. They make no color film as far as I know. http://www.ilfordphoto.com/products/producttype.asp?n=3&t=Black+%26+White+Films

They make sheet film as large as 20 x 24in, for situations like "Hey look at this super detailed large print I got from my gazillionpixel camera, isn't that great? Oh, you have a print, too. Can I take a look? Wait, why is it transparent and ...negative?"

B&H, Adorama, and others may have online sales, but they have regular phone sales as well. Just call them with your film needs. Even if they don't carry the stock, they will have other suggestions.

Not the answer you're looking for? Browse other questions tagged equipment-recommendation film medium-format large-format or ask your own question.

11
Where can I get 4x5″, 5x7″, or 8x10″ color sheet film (or other hard-to-find exotic film) processed?
9
What are the differences between 120 film and 220 film?
7
Medium format starter kit for “playing with”
8
Did I get ripped off by purchasing a “deluxe bundle” with my camera?
8
Which current 35mm film will render results closest to Panatomic-X?
2
How to store exposed sheet film
2
Is 2 1/4 x 3 1/4sheet film still availiable, or will I have to purchase 4x5 and cut it down?
7
What surfaces have been used to capture images in analog photography?
1
Did i accidentally rewind my film?