How to get the best quality in Instagram with Lightroom?

I tested these export settings to avoid Instagram compression : 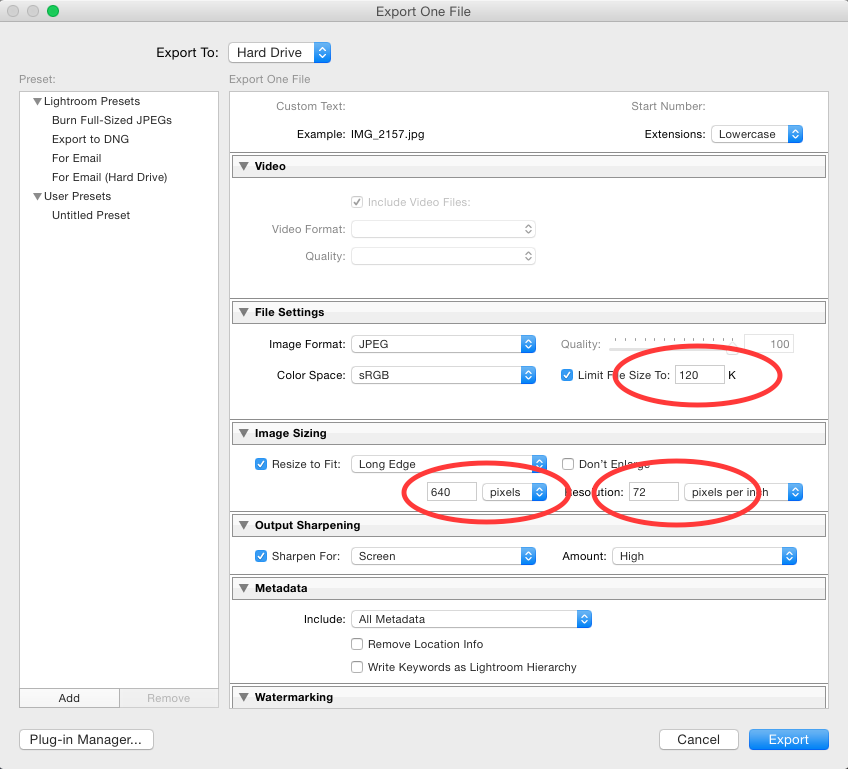 Instagram uses these settings, but the app still compresses my pictures. Why?

I think the 612 pixel dimension is some way out of date. This post from Instagram's blog is an old post introducing a new feature since version 2 (we're on version 6 on iOS now), and it says that the resolution has increased from 640px square to 1936px square on the iPhone 4, so it looks like even around 2-3 years ago, the dimensions of Instagram images was increased to 1936px square.

It looks like you found the 612px dimension from a google result that came from Instructables. Even that article is approaching a year out of date because the example given by the author links through to a flickr photo that was uploaded in August 2014, but I think they were using wrong information in the first place.

I would probably try not to limit the file size too much when exporting from Lightroom, unless you test the exported results first.

Try cropping your image to 1936px square first, then export using these dimensions

Not the answer you're looking for? Browse other questions tagged lightroom instagram or ask your own question.

6
How to best manage photos with Lightroom?
6
How do I get Lightroom 3 to upload my original JPEGs to flickr?
6
What tool produces better quality jpeg: Lightroom or Imagemagick?
20
How to I get the Instagram "Lux" effect without using Instagram?
4
How can I avoid importing tag synonyms as new tags in Lightroom?
9
How to recreate the Instagram Lark filter?
1
New photo/video loop app seen on instagram, what is it called?
2
In Lightroom CC, Can I export using same quality as original jpeg