Why don't people care any more about shutter speed accuracy?

With most old (film) cameras people were concerned about shutter speed accuracy at all speeds even if it was an electronic shutter. Nowadays, people seem not to be concerned with this when buying digital cameras. Has the shutter design evolved that much that they are dead accurate along the shutter life?

Shutters are probably more accurate/reliable now, but more importantly with digital photography you get instant feedback so you can tell right away if there are any exposure problems, you're not going to ruin several rolls of film before you find out.

I had a 1DsII that had a shutter which suddenly became unreliable at anything faster than 1/500s, I realised very quickly what had happened and was able to alter my shooting / switch to a backup body and only lost 2 or 3 shots as a result.

Shutter speed has a direct bearing on exposure. With digital cameras, you find out more or less immediately if you've dialed in the exposure correctly and you can take steps to compensate. With film, you don't get that feedback with film until hours, days, or weeks later, when it's too late to do anything about it.

Also, with digital imaging it's easy to tweak dozens of different image parameters after you've taken a photo. With film, you only get that kind of control if you have a darkroom. So getting the image as close to perfect in camera was more important with film.

One need not be concerned with precise shutter speed unless the camera is being used for measurement, e.g. length of a streak image, or to avoid illumination flicker in video. The electronic shutter should be quite accurate.

However, for certain sensors and shutter speeds, there may be a rolling shutter effect when the whole sensor is not read simultaneously, but scanned in sections. In that case, there are really two shutter speeds: the duration of the read-out of each section (the displayed shutter speed) and the total duration of the whole scan, considerably longer. This, though, is little different from the curtain-slit scanning of a 35 mm camera at high shutter speeds. In either case, expect moving objects to be skewed. 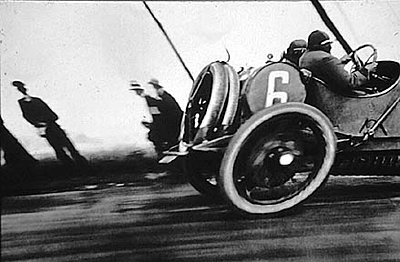 There's a lot in your thought that the design is now good enough. I'll assume we're only concerned with mechanical shutters on SLRs (electronic shuttering is common on compacts and can be as fast and accurate as any other digital signal).

There are some hints in the wikipedia article on focal plane shutters but the references are all on paper which doesn't help. The uncertainty in the shutter opening time has to be smaller than the opening time and "Focal-plane shutter top speed peaked at 1/16,000 s... in 1999 with the Nikon D1 digital SLR." (wikipedia). If nearly 20 years ago a mechanical shutter could be built for a reasonable price (compared to lab-grade hardware) which could do 1/16,000 s with acceptable accuracy, getting the same accuracy on 1/8,000 s now will be cheap in comparison. I can remember manual-focus 35 mm SLRs with 1/1,000 s as their top shutter speed (and you'd actually use that quite often with a fast film), so the relative error would have been much larger.

Note that under artificial light the light levels can change by more than this shot-to-shot or even potentially metering-to-shot: The E_TTL preflash metering delay (all I can find on the subject) is described as in the ms range; lighting flicker frequencies vary from 100 Hz to 10 kHz. The effect of this is that you'd need ideal lighting to be able to detect any error in the shutter at high speeds anyway, at more moderate speed the error will be tiny compared to the shutter speed itself.

Failure is a separate issue, though as @MattGrum says there's a benefit to instant feedback; some failure modes are detectable by a change in the shutter sound.

--- More detail in response to a comment from @DietrichEpp ---

I believe for high speeds the error is constant (and I'm only considering high speeds). Here's why

If you look at the wikipedia article you'll see that for fast shutter speeds the shutter is never fully open, and both curtains are moving at the same time. Thus you can -- over the entire range of shutter speeds -- move each curtain with fixed drive parameters and only vary the timing between the drive signals for the first and second curtains.

If that drive signal is simply a transistor switching a coil (motor/solenoid etc.) fed directly off the battery, the coil current and therefore shutter acceleration will depend on battery voltage (and temperature, and even whether both curtains are drawing current at the same time). In that case the shutter wouldn't be very accurate and we'd be seeing questions like ("Why are my pictures overexposed when running off the AC adaptor compared to a low battery"). The effect would also be non-linear due to static friction.

If on the other hand we assume a magnetic drive (solenoid, voice coil or motor, it doesn't much matter) driven by a constant current circuit, we'll have constant response regardless of the battery state, time difference between curtain events, etc.; we'd only be left with mechanical variation, presumably mainly due to temperature and you've got other things to worry about if you cycle the temperature quickly enough to notice a tiny shift in shutter timings.

More people are concerned about taking family and friend’s pictures, nor professional pictures. Those are cheap (almost free, no physical resources spent), must be taken "fast" to capture the moment, and can be retaken very easily. With the addition of digital filters a newbie can fell “pro” without investing any time in the theory. Years ago taking a picture was “special”, you spend film, time waiting for processing (once the roll fully used), and of course, you did not knew the result until days after. Therefore, knowing how to take good pictures was necessary. Today your camera “finds” an acceptable image configuration for photos and video, and can take/retake/delete/transmit those pictures in seconds. I took a photography course 20 years ago, in the era of film photography. However, for most pictures I used a pocket camera, which fitted on my hand (and inside my pant pocket), motorized, autofocus, with flash and a few configurable parameters (I think ISO was one of them). Today I use my iPhone whose pictures looks fine on a monitor and connects to the Internet, shows up my Facebook, works for paying my bills, and a myriad of other things, all inside my pocket (yes, it also make and answers calls). I do not think I would go back to manual focus, shutter speed, opening, etc., unless I were a professional and live from it … most people neither. So, the answer is probably, “people can live without it, it would require a more expensive device or complicated software, would have a bigger learning curve, would require to invest more time on learning , more complicated applications, and added value is negligible. They prefer to save some time for their children and a cup of coffee”

Not the answer you're looking for? Browse other questions tagged shutter-speed shutter camera-design or ask your own question.

5
Why am I getting a slow shutter speed with Child mode on Nikon D3100?
5
What's the difference between vertical and horizontal shutters?
4
Why don't professional cameras have a preview for shutter speed in live view?
12
Was there a film camera that was silent?
2
CCD sensors use a digital shutter. Why don't the more expensive CMOS sensors?
4
Do focal plane shutters typically go left-right or up-down?
2
Digital camera shutters
4
Should I expect a new-to-me large-format shutter to require maintenance?