I have noticed that every pictures taken with my new Olympus EM10 has a few "dead" pixels or pixels that appear stuck to a colour. A few of them are red and other few greyish white.

They look something like this in the pictures when zoomed in: 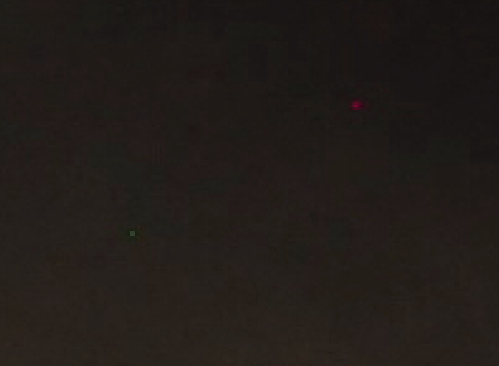 I'm very new in photography. What are these weird pixels on every photo that I take? Is this something normal that I should accept?

Olympus has a pretty good explanation on this page:

The CCD, CMOS, and NMOS sensors used as film in digital cameras are made up of millions of pixel sites that are microscopic photodiodes—charged electronic elements that respond to light. These pixels may cease to function over time or may not even be functional when the sensor is manufactured. There are two types on non-functioning pixels:

The example you give doesn't seem to be either of these. Instead, it seems to be "hot pixels", which is also defined in the same page:

A hot pixel is a pixel that reads high on longer exposures, and can produce white, red, orange, green, or yellow green in longer exposures. The longer the exposure (such as in night photography), the more visible the hot pixels. This phenomenon is caused by the sensor heating up during long exposures.

In any case, you have several solutions:

Maybe some sort of sensor dust/dirt or a dead pixel on the sensor.

If it is dust or dirt on the sensor, have it cleaned up by professional (or do it yourself)

If they are dead pixels, then your camera should have a feature called "pixel mapping" that should help (AFAIK) with removing those dead pixels. (check your camera manual).

Dead pixels are abundant in every sensor. Either you got some by dirt/damage or, more uncommonly in visible detectors, the vendor did a bad calibration.

If these are constant and you know their coordinates, look for a pixel map software by the vendor. Interpolating the pixels - using the adjacent pixels average as a substitute will make these look just as new for 99.99% of cases.

If you are more lazy and looking for a quick and dirty solution, a median filter in a photo editing software should do the trick, but if its only 2 pixels I would recommend mapping them and trying the former.

Not the answer you're looking for? Browse other questions tagged olympus dead-pixel stuck-pixel or ask your own question.

1
Why is my bridge camera showing more and more faulty bright pixels over time?

4
How should one deal with 'hot' pixels on Canon T1i, either in-camera on in Aperture?
2
Can I make the Olympus OM-D E-M5 control panel always active with one button press?
11
How do I get the Super Control Panel of Olympus OM-D E-M5 to appear on rear-LCD screen when the EVF is on?
1
Output of camera to TV looks terrible, but doesn't on a computer
5
Are there stuck/dead pixels in my photo?
0
Can a service repair replace a cracked display on an Olympus SZ-31MR?
8
What's the best way to deal with hot/stuck pixels in long exposure night photographs?
0
Possible to DIY shutter replacement? Where to buy?
0
White spot on camera LCD