What caused excessively high grain in Delta ISO 400 film developed by a shop?

I used Ilford Delta 400 and I shot it at rated ISO (at least I think I did). I just got the pictures back from the shop and they all look like this: 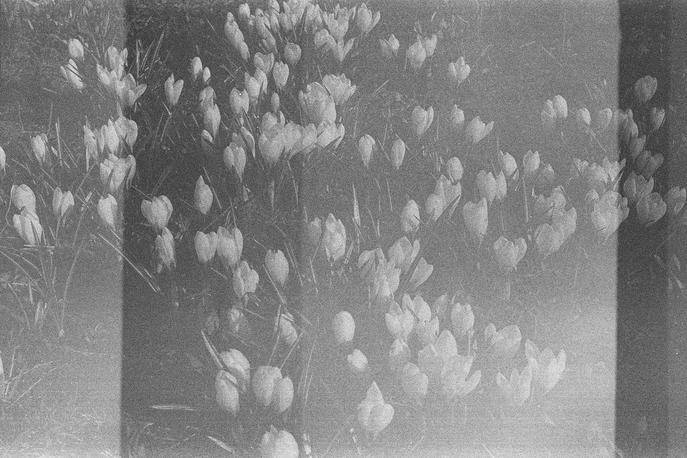 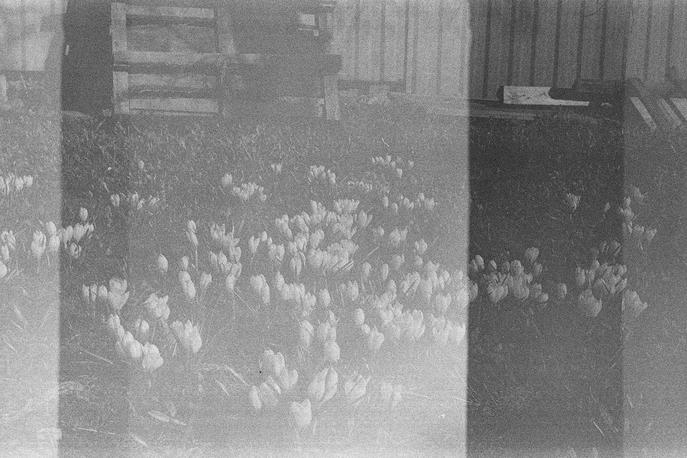 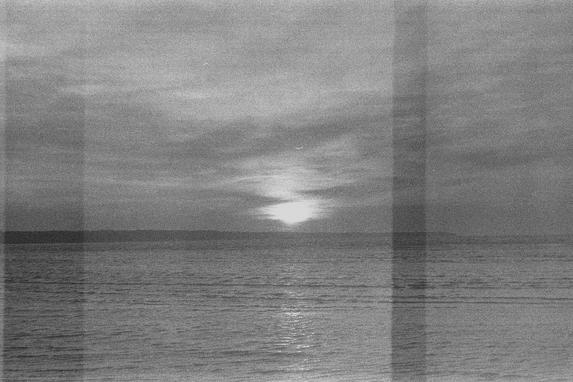 Now I'm wondering, what went wrong? Was my exposure that off for every picture (for example I forgot what the film ISO was), there's something wrong with my camera (I've shot with it before, It's an old unmaintained fed-2, I know there are some leaks, but haven't had nothing like this before) or is there something wrong with the way the film was developed? I can probably blame my camera for these light and dark bands, but I've never gotten this much noise even with really bad under or over exposure.

If it's the development issue, then I'd know what to specify the next time I have an black and white film to develop. If it something I did wrong, I'd like to know.

Looking at http://www.firstcall-photographic.co.uk/userfiles/file/faultsonblackandwhitenegatives.pdf and http://www.olympusmicro.com/primer/photomicrography/bwprocessingerrors.html it could be one of the following things (or even combinations thereof):

If I remember right, Delta 400 should not be quite that grainy, so if you are sure about having exposed correctly, reticulation might be a candidate, as this one increases grain size. These, however, are just some wild guesses. It's probably best to have a close look at the actual negatives and compare them with the list of faults as provided above.

Update: The above only addresses the low contrast/grainy look of the pictures. I somehow managed to completely miss the vertical marks... At first, I thought of streaks due to overagitation during processing, but they seem too regular. One cause of them might be a sticky shutter. So, there might be a problem with the camera, which might also be causing other exposure problems. Check if the vertical marks extend beyond the actual picture into the part where the sprocket holes are. If not, then it's most likely a shutter problem. If yes, it's not a shutter problem and it might be a processing problem (even though, as mentioned, it looks to regular to be streaks from an agitation problem...)

Looks like it went through an xray machine at an airport

I can't load the photo, but the statement 'vertical' marks has me thinking you might be seeing 'surge holes'.

They occur and line up with sprockets, and occur during over-agitation in development. Typically film is lightly rotated to ensure fresh chemistry is constantly in contact with the surface of the film. The film itself will deplete the chemicals doing the development at a rate proportional to the exposed grains, so agitation is necessary to bring in new chemistry. (As an aside, see 'water bath' for controlling higher dynamic range exposures as an advanced technique).

With that said, if the person developing the film really rocked the film hard, or/and used an over-concentrated developer solution (a 'hot' solution), or even processed at elevated temperature, those surge holes would be much much worse and much more noticeable.

I'll have to look at the sample photo when I get out of work.

Personally, I wouldn't take the film back until you talk with the tech that developed the film.

edit: Reticulation is incredibly uncommon on any emulsion after 1970. I did have film that was that old and it was fun to introduce, but it would be extremely hard to do it with modern films. I wouldn't worry about it so long as you're not going between nearly boiling and nearly freezing solutions.

Edit 2: I just saw the vertical marks. Those aren't surge holes. Those look to be bad exposure, almost as if your shutter was sticking, but I've never seen anything that would look like that. If I had to guess I'd say you underexposed the film significantly and then somehow prints got fogged, but that's just a weird combo.

Not the answer you're looking for? Browse other questions tagged exposure film black-and-white developing or ask your own question.

6
Why does blue sky gets rendered as black in black and white film photos?
6
What ISO do I shoot Ilford Delta 3200 in?
3
Can I use chemicals for developing ISO 400 film to develop ISO 100 or 200 film as well?
21
Can I develop my b&w film a year after shooting it?
4
What are theses defects on this shot - Ilford HP5 pushed two stops on a Kiev 88 with a light leaking film back
7
How do different developing fluids affect black and white film?
2
Yellow tint over my developed portra 400 film
2
What causes "noise" in a low ISO 35mm film?
0
My film didn't fully develop