How do I avoid torn sprocket holes with bulk loaded film?

I've started to use bulk load film (Ultrafine 400) and I've noticed that after I've developed it the sprocket holes are torn and twisted. Any ideas or suggestions as to why this happens?

I don't know if this is because of my camera (Rebel 2000), the film itself, or the loader (a Watson bulk loader). However, I tested the camera by loading 12 or so shots and checking the sprockets they don't seem to be damaged.

I suppose it doesn't matter too much as long as the actual frame isn't damaged; however, it does make it harder to cut and store.

Here are some pictures of the damage. 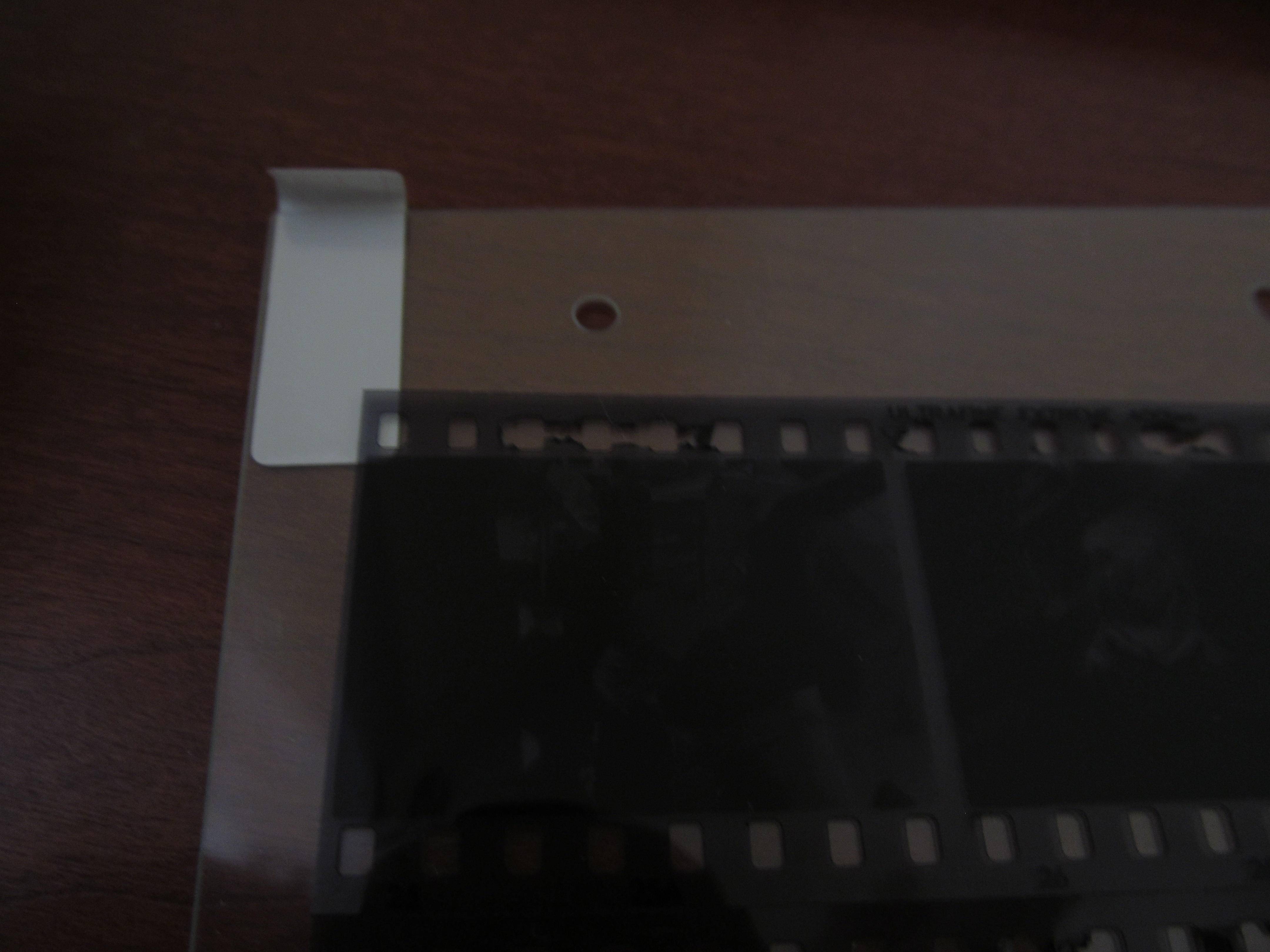 This has happened to several frames throughout the roll and it doesn't seem to be in a pattern.

I don't know if this supports Martin Foot's theory, but here is the inside of the camera. Pick up is on the lower right hand side. I think my AE-1 has additional sprocket wheels. 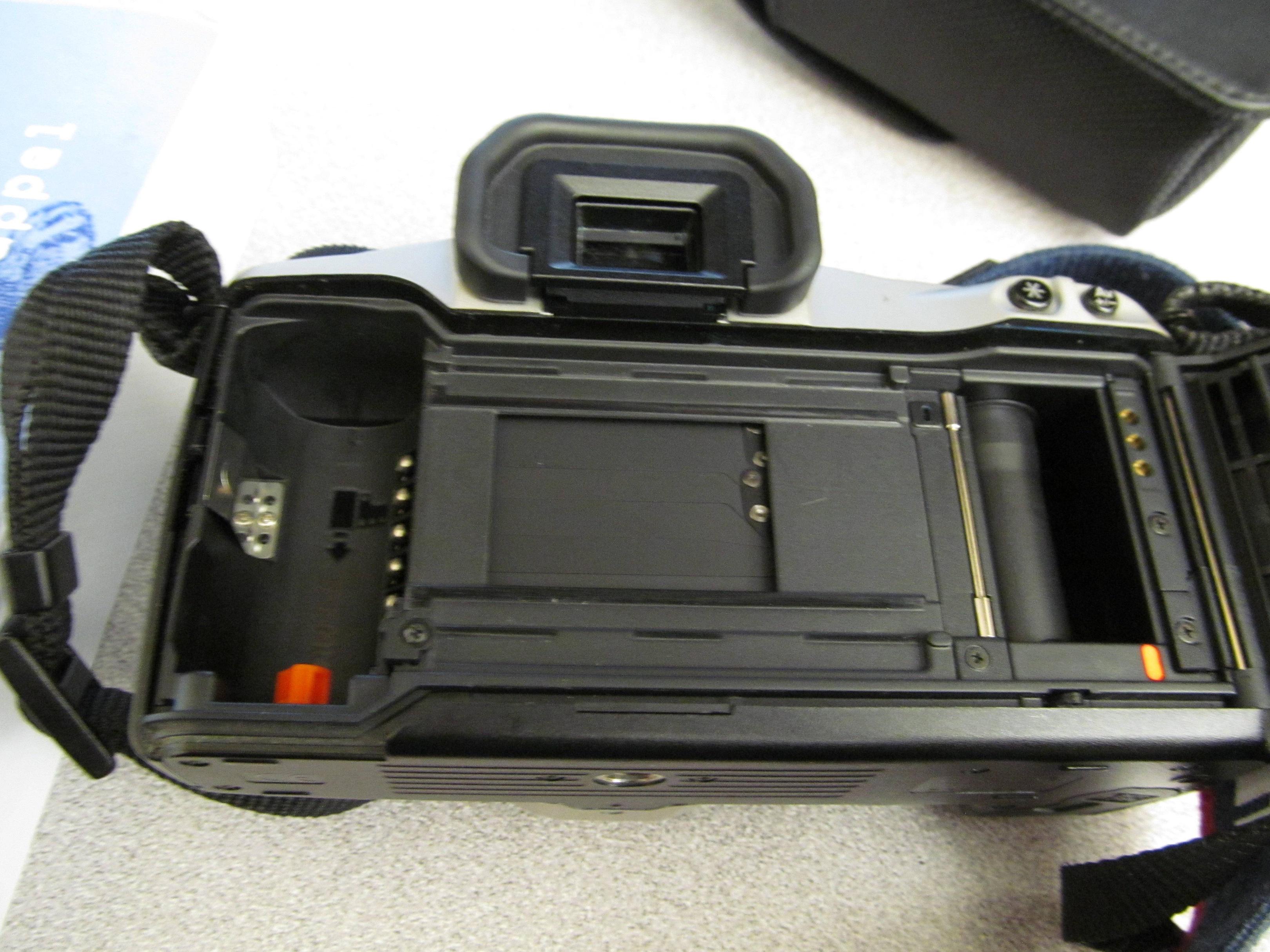 Ultrafine has contacted me about this and their thoughts are as follows:

Could only guess what made the camera tear the sprocket but perhaps the reload was "pinched' a little. We sell used cameras here and film test them every single day, although we never use our house brand, we get little tears like that occasionally. Also some of the later point and shoots like the Superheadz wide and slim seem to be unkind to 35mm once in a while.

I don' know about this though. The camera has never done this to any other roll of film.

As others have hinted at here, if you examine the picture of your damaged film you'll notice that:
1) The tears run left-to-right in the direction that the camera winds-on.
2) The damage appears to only be on the bottom sprocket holes, which line up with the teeth of the sprocket on your camera.
3) Since there are no problems with mis-fed frames (you'd notice overlapping images and variable frame gaps), you can safely rule out any problems with the wind-on process.

Thus your problem is caused by the take-up spool (the one on the right) intermittently jamming during the rewinding process, thereby tearing some of the sprocket holes.
If you have overloaded your cassette and wound on too much film, this tearing will tend to happen towards the start of the rewind process, but may tear through several layers of film at once, making it seem like it happens randomly throughout the roll.

Get your camera checked by a repairer (or just buy another Rebel 2000 - they're about $20 on the second hand market here in New Zealand).

Having read the other comments- it appears that the problem could be with rewinding in your camera. Unlike pre-loaded film, bulk film doesn't stop at a predictable point when you reach the end of the roll. When you hit the end of your roll, you could also be accidental pulling the film away from a sprocket. The film can then catch on this sprocket and damage the holes. Without looking at the camera- I can't tell you.

I would do what @martinfoot said. Use a loaded cartridge to check where the problem is. For checking the camera, I would recommend keeping the back closed for the first run through, but then keeping the back open to see if you can spot any problems.

The difference is likely your cartridges. Either the self-loadable cartridges you are using or the way you are closing them up causes the film to bind or take more force to pull out.

Some self-loadable cartridges were notoriously tricky to close up just right. When you got it wrong, you got light leaks and/or excessive film friction.

Try experimenting in the light with some old roll of developed film or a section of film you are willing to sacrifice for the purpose.

Not the answer you're looking for? Browse other questions tagged film equipment-damage bulk-load or ask your own question.

34
(How) should I start with film photography?
4
Where can I find B&W film for an Imperial Satellite 127 camera?
2
How to use Infrared Film?
4
Hold baggage xray scanners - how likely is it my film might have survived?
1
How to load Leica IIIf to avoid problems with film advance, ripped sprocket holes, and short leader?
1
Film did not rewind
2
How to calculate the ISO of colour negative film
2
Exposed unshot film roll
1
I accidentially exposed a bulk film roll from a bulk film loader. Are there chances of recovering parts of that bulk film?