I'm trying to take decent shots of garments with a blown-out white background. I'm using a Nikon d3200 with flash and an SB-700 as a remote flash in su4 mode just next to the mannequin pointed diagonally at the background (which is a white sheet). The mannequin is less than a meter from the backgound and also has a 200W bulb backed with an umbrella pointed at. 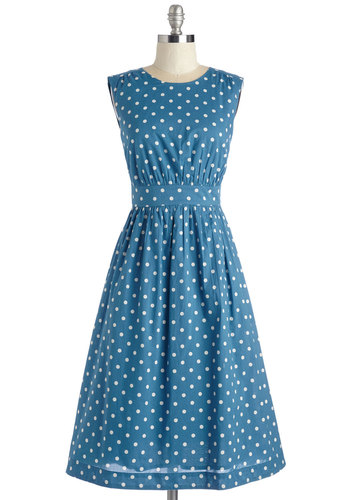 But unfortunately what I appear to keep ending up with is more like: 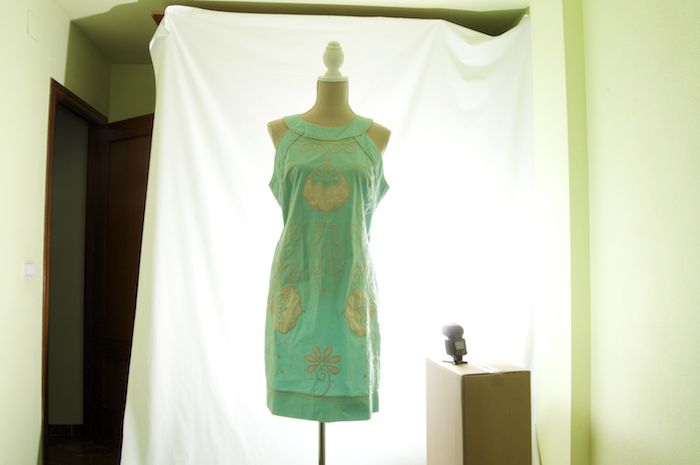 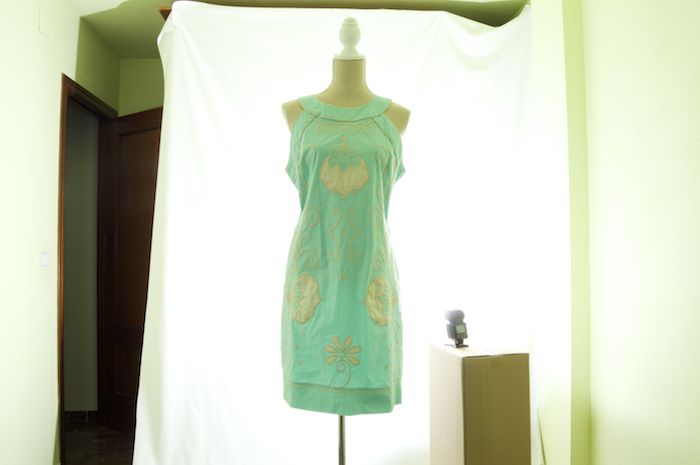 I've read that the flash on the bg should be 2 stops brighter than the flash on the subject, so I have tried the remote flash at 1/1 and on camera flash at 1/4 and also 1/2 - 1/8 as well. I'm really no expert, but I've played around with the ISO (at 800) and shutter speeds and aperture (currently 1/80 & f20) but can't seem to get the blown-out background BUT with a well lit subject - either the background is dull or the mannequin is completely over-exposed.

I'm at a bit of a loss at what to do to improve the image and so any tips would be awesome - thanks!

There are a number of problems to solve here, and I don't know if you can solve them with the equipment you have now in the space you are shooting in.

The first is that you are trying to light a background that needs to be at least 1m by 1.5m (and perhaps a little larger), and there's no way you can do that evenly — or evenly enough for the purpose — from 1m away with a single bare flash. Some of the parts of the background that you want to go to white will be considerably farther away from the flash than other parts, so you're sure to get more than a full stop of variation in the light. If you make the dimmest part that you want to be white bright enough to be white, the brightest part will be severely overexposed, and it will become an unwanted light source on your subject. The closest you could possibly come, with that distance restriction, is to put the flash behind the mannequin to hide the worst of the hot spot. In order to minimize the work you'd need to do in post-processing, you would want something other than a cardboard box as a light stand. A "regulation" light stand good enough to hold a speedlight is cheap; DIY solutions can be considerably cheaper if there's absolutely no budget left (a broomstick in a bucket of sand with the flash taped to it will do if you have nothing else).

A better approach would be to move the flash away from the background. It may end up in front of the mannequin, but you can flag the flash — use something to block the light — so that no light from the flash hits the mannequin directly. That, and straightening out the irregularities in the background fabric, will allow you to get a much more even white without problematic hot spots. If you can move your SB-700 to 2m away from the background, you should be able to get a usable "true white" area with the flash zoomed as wide as it will go and the flip-out wide-angle panel (or the dome diffuser) in place at about half power, f/8 and ISO 400, with no part of the background more than 1 stop "hotter" than it ought to be. The further away you can get your light, the more even the light will be (and the less zoomed-out your flash needs to be). The point, though, isn't so much to create even background lighting (that's all going to be blown-out white anyway) as it is to get rid of those hot spots that represent uncontrolled light sources throwing a lot of light where you don't want it. And don't worry about the "two stops over"and figuring out the settings, just turn on your camera's highlight warning indicator (the "blinkies"), and adjust your background light until the blinkies just appear all around your subject — you can clean up anything that isn't very close to your subject very easily afterwards, but it's very difficult to remove unwanted highlights on your subject caused by a too-bright background.

Which brings us to another point: f/8 ought to be as small an aperture as you need for objects that large using a crop-sensor camera. f/11 would be really playing it safe to make absolutely sure that you have enough depth of field; going smaller than f/11 when you don't absolutely have to means both that your image detail will suffer (due to diffraction) and that you have to crank up the light and/or your ISO for no good reason.

It would help things a lot, too, if you could move the mannequin away from the background. This certainly falls into the "I don't know if you can do that" category; you may be very close to your space limits, and there is only so wide you can go with your lens before the product really starts to suffer. If you're stuck for space, the thing to keep in mind is that you only need a picture of the mannequin and the clothing on it, along with just enough white background surrounding them so that you don't need to do anything heroic in post-processing. Cropping or painting white over anything else that makes it into the frame is easy provided that you don't have to get fussy with details. You can use large flags (dark grey or black fabric, pieces of cardboard or fomecore, whatever) to keep any unwanted light off of your subject. As long as you leave enough space around the subject that getting a nice white backround in post-processing takes no more than a few seconds per shot, you've done your job as a photographer. That will leave you the relatively simple (ha-ha) task of lighting your subject without any interference from the background.

Another technique worth considering, if you're shooting from a tripod, is freemasking. That involves taking two separate exposures, one of the subject with the background unlit (or lit differently), and one of the background with the subject unlit. If your subject is static, it is very easy to convert the background-only image into a clean mask in post-processing using levels and minimal painting. It's a little more work than "getting it right in camera", but it's probably the most efficient solution for drop-and-pop (production-style catalogue shooting) in a small space.

Honestly, doing this in a much larger space is a whole heck of a lot easier. If you can get your mannequin 3m away from the background, the whole task becomes almost ridiculously simple. You are then free to play with each of the parts of the image with a lot less concern about how one thing affects another. Your background light, once it's at the right level, doesn't have much of an effect on your subject, and your subject light doesn't do much to the background. If you have a lot of products to shoot, and have thought things through carefully beforehand, you can get an awful lot done in a couple of hours in a rented space. It doesn't need to be a photo studio; there are often community spaces available for hourly or half-day rent that can be very cheap (sometimes free) during "off" hours. If you already know how you're going to light your background, and you already know how you want to light your subject, then doing both of those things at the same time in a 6m by 9m (20 by 30 foot) space is super simple, and it will allow you to use a longer lens and stand back further to get a more flattering perspective for your garments (and you get a smaller background area to worry about at the same time).

Not the answer you're looking for? Browse other questions tagged exposure background or ask your own question.