When viewing raw images with Windows Photo Viewer via the M$ Camera Codec Pack, images appear different than when viewing with any other editor (UFRaw, RawTherapee, etc).

Here's an example: I opened the same unedited (straight out of the camera) raw (CR2) file in three editors and took a screenshot. Left side is IrfanView, middle is RawTherapee, right is M$ Photo Viewer, top is the RAW images, bottom is the camera-rendered JPEG. 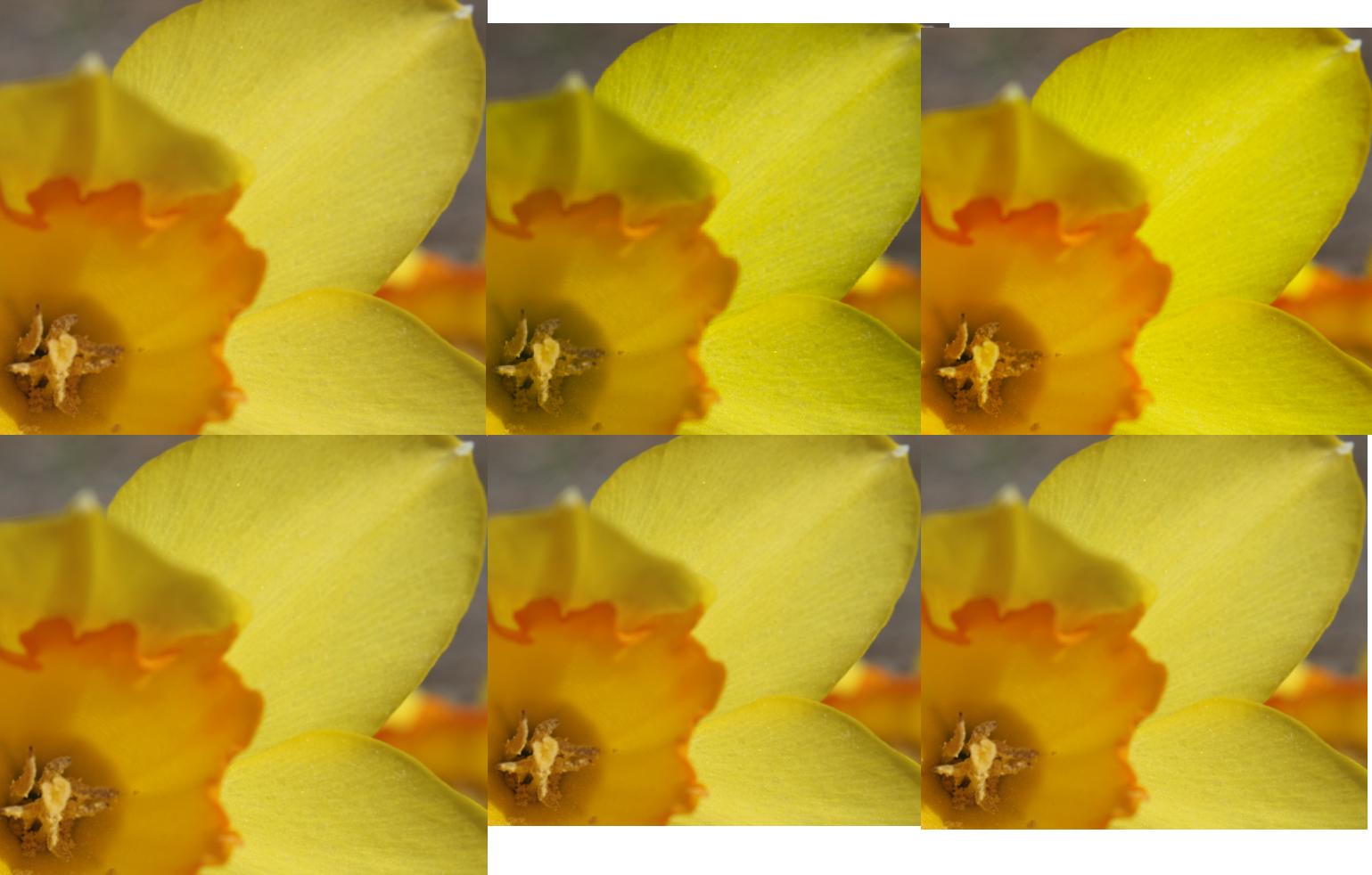 The bottom row and top left appear identical to me, while the RawTherapee RAW rendering is different from the JPEGS and the PhotoViewer RAW. I'm more interested in the top right version than the top middle, but it would still be enlightening to figure out what is different between them.

My assumption is that the image on the top right is being modified, either by the M$ codec pack or by Photo Viewer. I quite like what Microsoft has done to most of my images, and I'd like to use their settings to create a JPEG/other file format. Unfortunately, I can't save to any other formats from Windows Photo Viewer.

My end goal is to get the picture on the top right saved in an arbitrary format other than raw. At least two ways I might accomplish this are:

I'm hoping someone here might be able to explain what's going on, and how I can save M$'s version.

Few (if any) of the codecs in the pack were built by Microsoft. They've been supplied to Microsoft by the camera makers to be repackaged in the same way that most device drivers are not written by Microsoft either.

The codec pack can be used by any application that supports WIC (Windows Imaging Codecs). Paint.Net is one popular free (as in beer) application and you should get the same results - unless the photo viewer is doing something in addition to the codec... in which case all bets are off.

Update: As per testing in the comments, Paint.Net WIC integration is still done by plugin. It doesn't produce the same results as Microsoft Photo Viewer, suggesting that the product is applying adjustments.

the microsoft image looks over saturated to me, which has increased its acutance at the petal edges..but my guess is it has less dynamic range than the others , and reduced palette. i wouldn't personally want to mimic what its doing..but thats subjective.

my guess is windows is applying a different gamma curve . since the others look roughly the same, id say they are trying to apply the in-camera gamma profile as chosen by you (which you can change etc).. and windows is doing its own thing..

Not the answer you're looking for? Browse other questions tagged raw rawtherapee ufraw or ask your own question.

14
How can I reproduce the camera-internal postprocessing?
7
How do I decide between "RAW as Master" and "JPEG as Master" when importing RAW+JPEG into Aperture?
2
My RAW .NEF files cant show properly in windows 7 image viewer
4
Why are my NEF photos unusually dark in RawTherapee?
3
Are my RAW photos underexposed?
0
How do I open and edit a RAW image from a board-mounted CMOS sensor?
3
Seeing a lot of noise when editing in RAW
0
Why is there difference in white balance between Canon and Nikon even in RAW files?